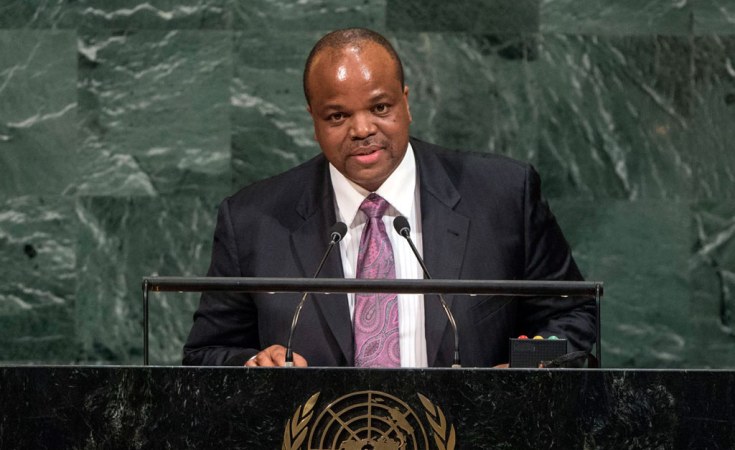 The ambassador had chided King Mswati specifically for acquiring 11 customised Rolls Royce limousines in 2019, for undertaking 'royal family trips to Disney World in the middle of the drought' and for taking his children along with him when he attended the UN General Assembly in New York.

A Swazi newspaper owned by the royal family has hit back at the US ambassador who had publicly rebuked King Mswati for spending so much of the tiny country's money on himself and his family.

The paper is edited by Mbongeni Mbingo, who participated in the online media briefing on Thursday with two other newspaper editors, Bheki Makhubu of The Nation and Martin Dlamini of Times of Eswatini.

It is believed that Mbingo wrote the editorial on Monday which blasted Peterson. He had come under pressure from the palace to dissociate himself from her remarks because he had not done so during the briefing, some local media are reporting.

Under the headline "A Friend Behaving Badly", the editorial said Peterson had set social media buzzing with...

Eswatini King Appoints Family Members to Country's Top Boards
Tagged:
Copyright © 2020 Daily Maverick. All rights reserved. Distributed by AllAfrica Global Media (allAfrica.com). To contact the copyright holder directly for corrections — or for permission to republish or make other authorized use of this material, click here.