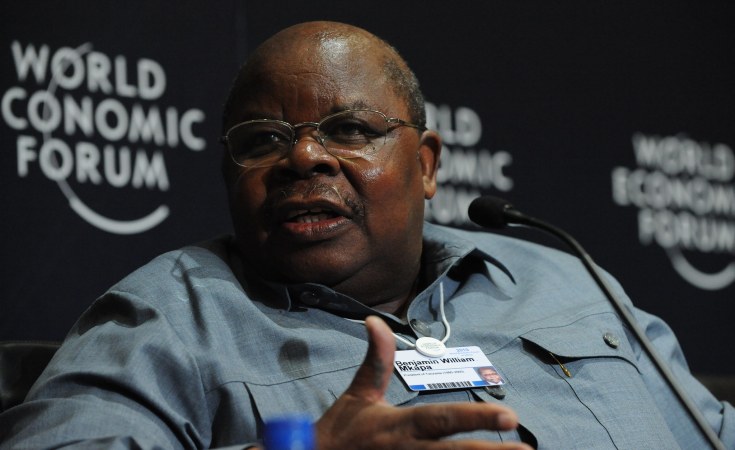 Students, general public and various local and international dignatries were in attendance as mourning songs flooded the stadium here before the day's program began.

Among those in attendance was a delegation from Burundi led by Prime Minister, General Alain Guillaume Bunyoni.

Addressing mourners, President Magufuli said that the country has lost a dynamic leader with a unique reputation.

"He was the father of democracy after he became the first president to be elected after multi-party was reintroduced and he was the one who initiated the subsidies given to political parties," President Magufuli said.

President Magufuli, in addition to mentioning many of the things that Mkapa did as president and even after his retirement, said the milestone that the country has reached is due to his (Mkapa) efforts.

"Many of the successful projects that we are seeing today were initiated by Mzee Mkapa ... and even the national vision to make the country a middle-income economy was established by him ... we are grateful we were able to achieve this before the deadline (2025)," said President Magufuli.

Reading out the days timetable, Tanzania's Prime Minister Kassim Majaliwa said the day was special for national leaders to pay tribute as well as the general public who never got a chance to bid the farewell in the last two days.

Mkapa's body has been lying in state at Uhuru Stadium since Sunday, July 26 to allow Tanzanians to pay their last respects.