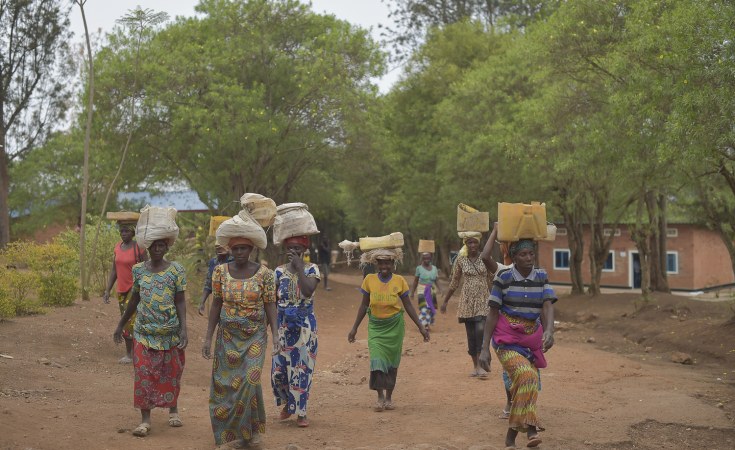 Land routes across Africa are among the most deadly for migrants, a new report from the UN has revealed. Much of the violence people face is at the hands of state and local officials.

Thousands of migrants have died from "extreme" abuse experienced while crossing Africa, according to the UN. A report published Wednesday estimates that 72 people a month perish traversing the continent's land routes.

A report titled "On this journey, no one cares if you live or die" from the UN refugee agency (UNHCR) and the Danish Refugee Council's Mixed Migration Centre (MMC) presents the "unspeakable brutality and inhumanity" migrants crossing through African countries face at the hands of smugglers, traffickers, militias, and some state actors.

At least 1,750 people died making journeys across Africa in 2018 and 2019, the report said, an average of more than two deaths a day. The real figure is likely much higher, the authors wrote.

Crossing Africa by land is "one of the most deadly routes for refugees and migrants in the world," the report concluded.

Nearly a third of people who died had attempted to cross the Sahara desert, while others died in war-torn Libya or while crossing through conflicts in the Central African Republic or Mali.

The report documents "killings and widespread violence of the most brutal nature, perpetrated against desperate people fleeing war, violence, and persecution," UN refugee chief Filippo Grandi said in a statement.

Officials responsible for much of violence

The report found that border guards, police, and soldiers were responsible for nearly half of all cases of physical violence against migrants.

Data based on nearly 16,000 interviews showed that security forces, police, military, immigration officers and border guards were behind 47% of cases of physical violence reported by migrants traveling across Africa, compared to 29% of cases committed by smugglers.

Border closures caused by the coronavirus pandemic could increase the danger of these journeys even further, the report said, as human smugglers are pushed to try riskier methods to avoid being caught.

The authors called for more work to increase protections for people moving across Africa as well as offer better, legal alternatives to their journeys.

"Strong leadership and concerted action are needed by states in the region, with support from the international community, to end these cruelties, protect the victims and prosecute the criminals responsible," Grandi said.