Kenya: Millions of Face Hunger as Virus Ravages the Nation 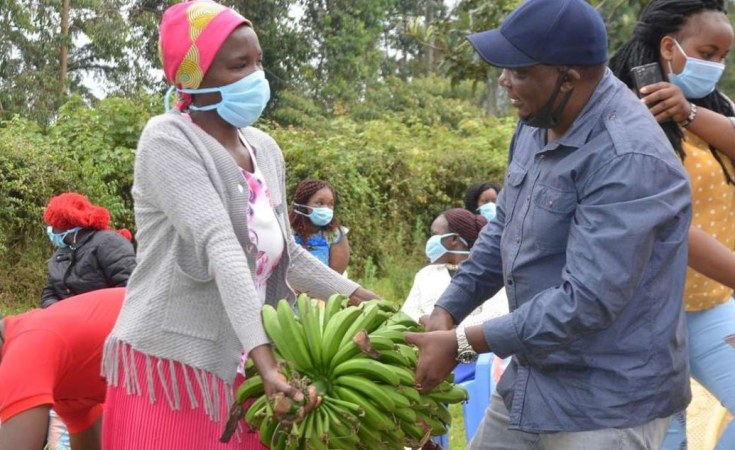 At least 3.6 million people in Kenya are at risk of hunger at a time the country is fighting the Covid-19 pandemic.

The vulnerable Kenyans are in a global pool of more than one billion, or 16 per cent of the world's population, facing long-term humanitarian crisis, a new report shows.

The document, Global Humanitarian Assistance Report 2020, published by the UK's aid research firm Development Initiatives, lists most countries perennially in conflict as those where many people are facing starvation. However, Kenya and Ethiopia were listed alongside South Sudan, Libya, Somalia and Central African Republic as those with medium-to-high-level of need.

The humanitarian crisis situation is such that millions need food and urgent medical aid. They include Somalia, where 5.2 million people have been affected, Zimbabwe with 5.1 million people, Chad at 4.8 million, Cameroon at 4.4 million, Mali at 3.9 million and Kenya at 3.6 million people.

The Democratic Republic of the Congo (DRC), Sudan, Niger, Chad, Nigeria, and Cameroon were identified to have the greatest need of humanitarian assistance.

All these countries have recently recorded more Covid-19 cases, stretching their health budgets.

Generally, the number of countries affected by protracted crisis has doubled over the last 15 years, with 31 having made the list last year from 13 in 2005.

Data from the report shows that severe crisis situations with the most people in humanitarian need are concentrated in countries located in sub-Saharan Africa and the Middle East while about a third of countries in South America face medium-to-high severity of need.

Globally, Yemen has the most humanitarian need with approximately 24.2 people who have been affected by a five-year escalating crisis since March 2015.

DRC has faced one of the longest-standing humanitarian crises in the world, including armed conflicts, civil wars, food insecurities and several epidemics such as cholera, measles, and the Ebola outbreak. Nigeria has the second highest rate of humanitarian need in Africa with over 9.4 million having been affected. This is closely followed by Sudan at 9.3 million, Ethiopia at 8.9 million and South Sudan at 7.5 million.

These regions have crises related to civil wars, while some, like Nigeria, face violent insurgence by the militia group Boko Haram.

Despite the dire need of humanitarian assistance and increased appeals from organisations such as the United Nations, the report shows that the international response declined in 2019, for the first time since 2012.

Last year, the total international humanitarian response both from private donors and government institutions was $29.6 billion, down from $31.2 billion in 2018.

This situation is expected to get worse in 2020 as the Covid-19 pandemic has significantly reduced the ability of top donor countries such as the United States, Germany, the United Kingdom, and Saudi Arabia to offer support.

"As the pandemic places additional demands on a strained humanitarian system, it is also eroding the capacity of governments and institutions to respond. The combination of these factors presents a perfect storm for a humanitarian system that is already under immense stress," states the report.