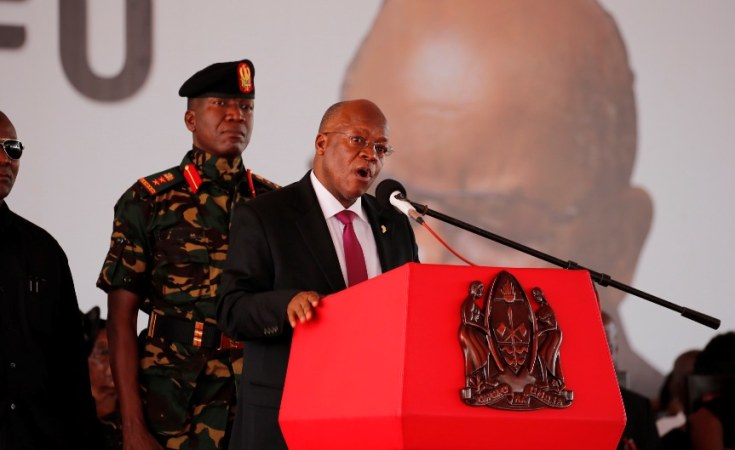 A sombre mood surrounded Lupaso Village and its surroundings on Wednesday afternoon as the casket bearing the body of Retired President Benjamin Mkapa was lowered into the grave at around 1500Hrs.

Buried next to his father, it was indeed his personal wish to be buried in his ancestral home, a place that the deceased had many fond memories of his formative years.

Thousands of mourners from several parts of the country led by President Magufuli and other top government officials turned up to bid the former head of State farewell at his home.

Just Like in Dar es Salaam, mourners started arriving at the President's home as early as 5:00am, ready to witness the final farewell event in honour of their village hero and role model, the late Mkapa.

Speaking to thousands of mourners before the burial, President John Magufuli said the late Mkapa had suggested that he would want to be buried in his home village Lupaso.

This is after he noted that the government had allocated a cemetery in the capital Dodoma for Presidential burials.

Questions as petrol price rise against the norm

"He refused to be buried out of his village. It shows that Mkapa loved his home and his people," said President Magufuli.

"We should learn from his (Mkapa) love for his people. I congratulate you the people of Lupaso village as well as Masasi District because you are true patriots," the Head of State added.

The final lap of his farewell was conducted by the Tanzania People's Defense Forces.

The late Mkapa died in Dar es Salaam last Thursday night while undergoing treatment in an undisclosed hospital in the city.