Africa: World Must Step Up Efforts to Stop Labor Trafficking 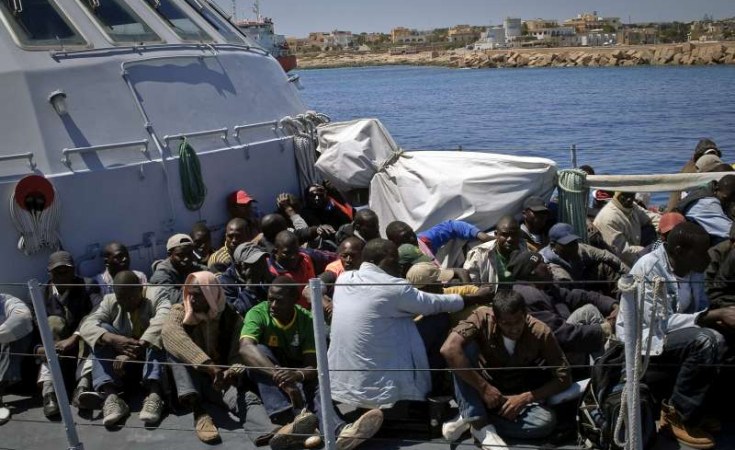 United Nations High Commissioner for Refugees
These people were among almost 500 rescued from a skiff in the Mediterranean and taken by six Italian boats to Lampedusa (file photo).
Thomson Reuters Foundation (London)
opinion By Mark B. Taylor

As we approach the 20th anniversary of the United Nations "Palermo Protocol" - and mark the annual World Day against Trafficking in Persons - there is significant, albeit uneven, progress to be acknowledged in the global fight against this human rights crime. Reports of sex trafficking rings being shut down are rife, and an online search will reveal an abundance of discussion on how to address the widespread and pernicious problem of exploitative labor. One can be forgiven for inferring progress in dealing with what the ILO and others have long estimated as the world's leading form of human trafficking - labor trafficking.

An anemic response to labor trafficking is found in the United States, where the government counted only 12 labor trafficking offenders prosecuted and convicted in 2019. Moreover, the share of successful federal convictions for human trafficking that involved labor trafficking has steadily declined since reaching a zenith of over 40% in 2009. This performance slump notwithstanding, the U.S. found it fit to renew a Tier 1 ranking for itself in the 2020 Trafficking in Persons (TIP) Report.

America is not alone, however. The stalling-out on meaningful justice responses to labor trafficking is seen on a global scale, with prosecutions not rising above a level seen almost 10 years ago. While overall human trafficking prosecutions have doubled since 2007, and convictions have almost tripled, this progress has been seen disproportionately among cases of sex trafficking.

The TIP Report Gives a Pass to Labor Trafficking

The TIP Report at one time held governments accountable for applying equal effort against sex trafficking and labor trafficking offenses. The four "minimum standards for the elimination of trafficking" in the law manding the TIP Report are metrics to be used by the State Department in evaluating governments' performance; a government must "fully comply" with these in order to be ranked Tier 1. The law stresses the 4th minimum standard's requirement "serious and sustained efforts" to investigate, prosecute and punish offenders be made.

A key guideline is seeing these standards applied proportionately to the forms of trafficking identified and quantified in the relevant country. Logically, if the best available data shows country X to have a human trafficking problem of approximately equal numbers of children in forced labor and adult women in forced prostitution, the data on prosecutions and convictions should disaggregate in roughly equal proportion in addressing the two categories of trafficking - if the government of country X is carrying out evenly applied "serious and sustained efforts."

This logic is not seen in today's TIP Report. Governments convicting zero labor traffickers are regularly given the "gold star" ranking of Tier 1 - in the most recent TIP Report these include South Korea, Bahrain, Israel and the Bahamas. Of honorable mention is Taiwan, recipient of perennial Tier 1 rankings though there is considerable forced labor among foreign migrants in factories and Taiwan-flagged fishing vessels, yet it prosecuted just one such case last year (and the seven convicted defendants in that case received prison sentences of only 10-18 months). Also, Singapore was given a new Tier 1 this year for just one labor trafficking prosecution - despite widespread evidence of forced labor among its migrant workforce.

Over the last decade, countries ranked in the two highest tiers have grown from 103 to 123 and countries ranked in the bottom two tiers have declined from 71 to 63, while the labor trafficking share of those countries' successful prosecutions has dropped from 11 to 6 percent and the number of labor trafficking victims identified and assisted has dropped from 17,368 to under 10,000 per year. This suggests a softening of the TIP Report's standards, perhaps under political pressure to show progress.

Observations formal and informal show that law enforcement assigned to addressing human trafficking have a clear bias favoring responses to sex trafficking cases. They are easier. They usually already exist in a criminal realm. Concerned citizens provide unsolicited leads. There's seldom any push-back - unlikely sex traffickers have public or private sector support - and ample rewards from superiors and the community. It doesn't occur in a multinational firm's supply chain. There's no sex worker visa scheme. None of this is true with labor trafficking, making it quite unappealing for law enforcement. And the challenges in investigating labor trafficking are many, starting with its often lack of physical forms of coercion.

What has proven effective in equalizing this uneven perception is the dedication of resources to fighting labor trafficking exclusively, such as labor trafficking tasks forces, though they are far from common and require political will.

No Time to Declare Defeat

In the face of this failure, some suggest turning away from all criminal justice responses, arguing with some merit that there are too many risks inherit in policing or carceral responses to a problem that has social and economic roots. Such a push to jettison the "Prosecution" response to TIP may be politically expedient in a time when law enforcement is under unprecedented scrutiny; it's strongest on documenting past failures of criminal justice but weakest on the prospects of a credible justice alternatives. A closer look to reforming criminal justice responses is needed, grounded in the acknowledgment that labor trafficking is a crime, the primary cause of which is a trafficker.

Mark B. Taylor is an independent consultant on human trafficking issues, based in Southeast Asia. He worked in the U.S. State Department for 28 years, during which he was the Senior Coordinator for Reporting and Political Affairs in its Office to Monitor and Combat Trafficking in Persons.