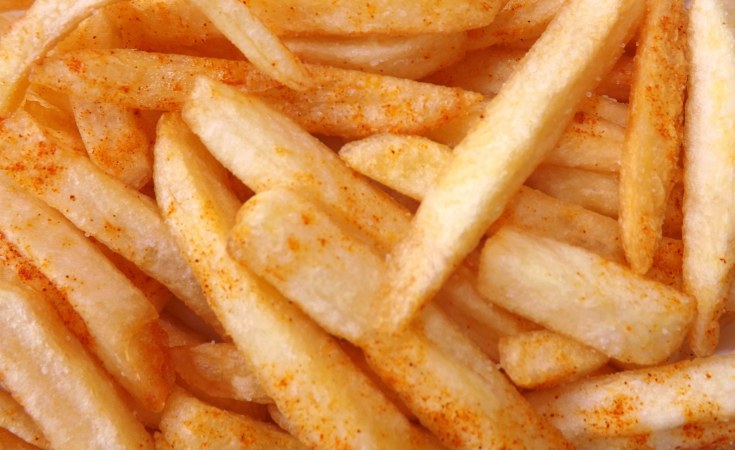 Pxhere
Per capita consumption of sugar and vegetable oils is expected to rise, driven by urbanization and the shift to more processed and convenience foods.
The Conversation Africa (Johannesburg)
analysis By Eric Crosbie, Gary Sacks And Melissa Mialon

Obesity and diet-related diseases, such as type 2 diabetes, are major public health problems in South Africa. But many in the food industry strongly oppose globally recommended policies that could address these issues. Such policies include restrictions on marketing of junk food to children and improvements to food labelling.

In a new study, we identify strategies used by the food and beverage industry in South Africa to influence public health policies. The strategies include building close relationships with government departments, influencing scientific research and sponsoring community events.

Two years ago South Africa increased taxes on sugar-sweetened beverages despite strong opposition from industry. Health experts fear that those with vested interests could thwart or delay other initiatives designed to protect people's health. There is a proposal, for example, to increase the sugary drinks tax by 5%. There are also efforts to put new warning labels on unhealthy foods and restrict their marketing.

Our study focused on the political strategies used by ten major food and beverage industry actors in South Africa in 2018 and 2019. We identified the tactics they used by examining publicly available information, such as company reports, media releases and government documents.

We found 107 examples of food industry practices designed to influence public health policy in their favour.

The strategies we observed echo the tactics used by tobacco companies around the world to counter recommended public health policies.

Partnerships between the food industry and government

The actors we looked at included the biggest food producers in the country as well as global beverage companies.

We found several high-profile partnerships between companies and some government departments. These included the departments of basic education, sport & recreation, and health. Company-branded school breakfast programmes and education campaigns were among the initiatives.

The food industry also sponsored a range of community events. These were usually heavily branded, with promotional material targeted at children. This contradicts industry commitments not to market to children under 12 years old.

Many corporate-sponsored community programmes focused on poverty alleviation and under-nutrition.

These partnerships between the government and the food industry could compromise the credibility, independence and priorities of ministries. For example, donations of sugar are likely to be in opposition to the objective of reducing rates of type 2 diabetes and obesity.

We also found examples of the food industry lobbying government policymakers. This was largely in opposition to the tax on sugar-sweetened beverages that was implemented in April 2018.

Food industry actors emphasised their role in the economy, with a focus on job creation. They ignored the cost that diet-related ill health has on the health system.

In addition, they framed the conversation on disease prevention as being about physical activity and individual responsibility. This language diverts attention away from the harmfulness of unhealthy food products. It also shifts the blame onto consumers.

We concluded from our findings that the food industry's tactics were designed to reduce the likelihood that the government would adopt global recommendations to tackle rising obesity rates and improve population diets. These include restrictions on marketing of junk food to children and improvements to food labelling.

Industry tactics also increase the chances that the solutions favoured by the industry are adopted by the government. This is despite evidence that the solutions preferred by industry, such as self-regulation of marketing to children, are much less effective than other solutions, such as mandatory restrictions on marketing unhealthy food products.

There are several mechanisms that could be used to counter industry influence and interference in policymaking.

In academia and civil society there could be public disclosure of potential conflicts of interests. Grants and awards from corporations could be disclosed.

Given the urgency of the problem, the government needs to be held accountable for its role in addressing obesity and diet-related diseases, such as type 2 diabetes, in South Africa.

And the food industry should refrain from using practices that may delay the adoption and implementation of globally recommended public health policies.

The COVID-19 pandemic has highlighted the importance of strong government leadership for health. Accordingly, it is important to strengthen existing mechanisms to manage industry influence.

This could lead the way to stronger policies that make a long-term difference to the health of South Africans.

Previous Story
Next Story
Covid-19 Has Hit SMEs in Food Sector Hard. What Can Be Done to Help Them

Covid-19 Has Hit SMEs in Food Sector Hard. What Can Be Done to Help Them