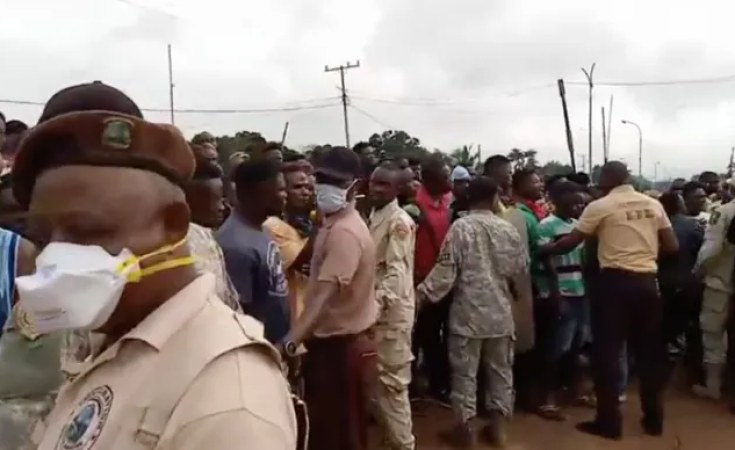 At a news conference held at the Capitol in Monrovia yesterday Grand Gedeh County Senator Alphonso Gaye notes that the caucus' attention has been drawn to the incident that occurred in Zwedru, Grand Gedeh County where a delegation of the Collaborating Political Parties headed by its chairman Alexander Cummings along with Rep. Yekeh Kolubah were reportedly attacked by a group of young people claiming to be members of the Congress for Democratic Change, who are against Rep. Kolubah for his usual outburst against the CDC and President George Manneh Weah.

A statement read by caucus chairman, Rep. Alex Grant says the Grand Gedeh County Legislative Caucus views the incident as unfortunate, embarrassing, shameful and disgraceful to the county and its peace loving people.

"It is quite regrettable and disappointing that some residents of Zwedru City, a city commonly called Zulu whisky, known for its hospitability and lawful behavior over the years is now being perceived as a city of disgruntled people which is completely contrary to our culture and values," Rep. Grant expresses.

According to him, the Grand Gedeh County Legislative Caucus hereby condemns in the strongest terms the attack on Mr. Cummings and the entire delegation of the Collaborating Political Parties that experienced the unfortunate incident.

He stresses that the caucus is calling on the national security apparatus to arrest and bring to justice all those that masterminded and perpetrated the violence.

"The caucus wishes to sound a clear caveat that it will not sit and allow any person or group of persons for whatever reason, to use our county to undermine the peace and tranquility we are enjoying as a result of the efforts and resources committed by our regional and international partners. The caucus reaffirms its commitment to uphold the rule of law in Grand Gedeh County in particular and by extension the country and wishes to reemphasize its condemnation in the strongest terms of the unpleasant incident that took place yesterday, Thursday July 30, 2020 in Zwedru City, Grand Gedeh County," the statement concludes.

However, Grand Gedeh County Senator Marshall Dennis, who is a CDC's lawmaker did not sign or attend the press conference. When this paper tried to contact him via mobile phone, his number rang endlessly without response up to close of official working hours at the Capitol.

Hundreds of stone-throwing youths believed to be from the youth league of the governing Congress for Democratic Change chapter in Zwedru City, Grand Gedeh County Thursday, 30 July besieged a local hotel in the city, preventing the Chairman of the Collaborating Political Parties (CPP) Alexander B. Cummings and Montserrado County District#10 Representative Yekeh Kolubah from stepping out to address supporters.

Armed with stones, sticks and cutlasses, among others the protesters barricaded B-2 Hotel in the heart of Zwedru City, where Chairman Cummings, Representative Kolubah and members of their delegation lodged, threatening to lynch Rep. Kolubah for constantly ranting invectives at President George Manneh Weah. 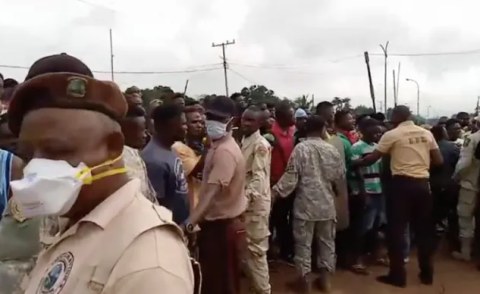 Attack on Liberia Opposition Sparks Calls for Probe
Tagged:
Copyright © 2020 The New Dawn. All rights reserved. Distributed by AllAfrica Global Media (allAfrica.com). To contact the copyright holder directly for corrections — or for permission to republish or make other authorized use of this material, click here.