Boakai Fofana/allAfrica
Traders in Monrovia's largest market district of Waterside on the morning the quarantine was lifted off West Point that's nearby (file photo).
FrontPageAfrica (Monrovia)
By Lennart Dodoo

Monrovia — The Minister of Finance and Development Planning, Samuel D. Tweah, says the government is considering sourcing funding to aid the payment of private school teachers and hazard benefits for health workers who are not part of the national COVID-19 response team.

Minister Tweah told FrontPageAfrica these considerations were necessitated by the requests from the National Teachers Association of Liberia (NTAL) to the government to help in the payment of private school teachers and also from the Health Workers Union.

FrontPageAfrica gathered that Health Workers Union had made several requests to the government in multiple meetings with health authorities and officials of the Ministry of Finance and Development Planning.

According to the Finance Minister, these requests are being considered as part of the FY2020/2021 National Budget process.

"It is always the desire of the President and the leaders of the National Legislature to take care of our people. I have conveyed the requests for hazard support for health care workers who are not part of the official response and for private school teachers. The Government has received a request for private school teachers who are supporting the 12th grade students currently in school in Montserrado County. The Government is also determining a potential package for health workers and is coordinating with development partners on these matters. All I can say at this stage is that these requests are most likely to be honored as part of the budget discussion but that final decision is above my pay grade."

Minister Tweah said it is most likely that these requests would be paid through the surplus anticipated in the FY2020/2021 National Budget.

Analysts say the cost of such a compensation may likely be huge and the Government may not be able to afford it, but others suggests that something can be done. Says one analyst: "In Ghana, they are not taking taxes from for three months from health workers and this was recently extended by the Ghanaian President. Similar thing could be done in Liberia."

Several weeks ago, rumors were rife that health workers were planning a strike if they did not receive some form of compensation for the risks they are exposed to in hospitals and clinics across the country. 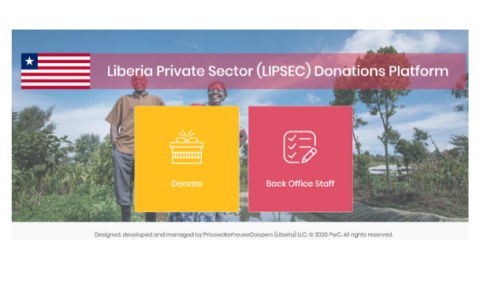 COVID-19 State of Emergency Ends in Liberia
Tagged:
Copyright © 2020 FrontPageAfrica. All rights reserved. Distributed by AllAfrica Global Media (allAfrica.com). To contact the copyright holder directly for corrections — or for permission to republish or make other authorized use of this material, click here.