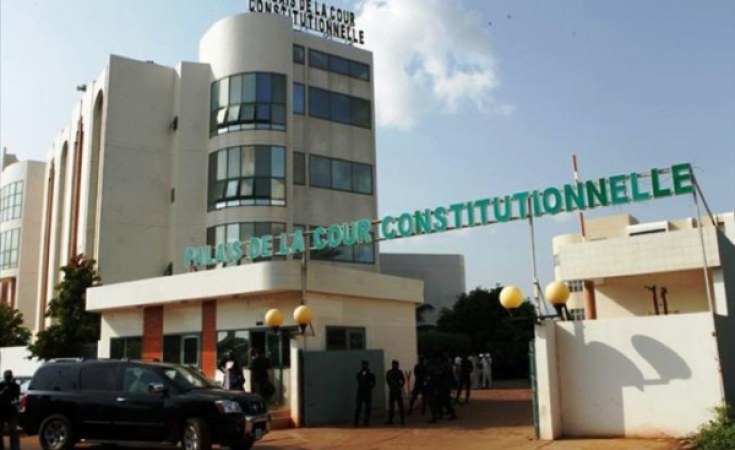 Lagos — The Malian crisis must be nipped in the bud.

"No quarrel is ever small" - Amadou Hampaté Bâ

The Malian debacle is bound to explode if it is not quickly nipped in the bud. Like the great sage Bâ says, it is better to avoid a quarrel before it turns to a conflagration that could destroy both humans and their long-sought freedom. At independence, a Keita was the president of Mali and it was in respect of tradition that the reigning dynasty in Mali is the leader. He was Modibo Keita. Modibo aligned himself very well with the people as per the adoption of socialist principles which endeared him to the most powerful neighbour, Senegal, to form the federation of West Sudan toward convincing the stretch that traverses Burkina Faso, Niger, Nigeria, to have a common Sudanese government that could link them to the Arab world. That federation failed because external forces, USSR inclusive, had wanted to, as they so much pampered Modibo Keita to believe in the supremacy of Mali in that kind of arrangement; hence, the intervention of lesser clans in the "kingdom" seen in the army taking over. Their names give them out as belonging to the lesser clan - the other Mandé clans that must hedge against the Keitas, the Mandigo side of Mande. Beyond Modibo Keita (1960 - 1968), Mali had been turbulent with them; till democracy was restored and recalibrated again as soldiers intervened and were made to retrace their steps.

Moussa Traoré, Toumani Touré, Oumar Konaré, Toumani Touré (again), Amadou Sanogo and Dioncounda Traoré; they all seem to be hedging against the other groups including the Fulanis (Peul or Fula). However, between the other groups and the current President, Boubacar Keita, a new hedge platform led by Iman Mahmoud Dicko had surfaced and they are demanding their "pound of flesh".

According to Imam Dicko from his interview in Jeune Afrique, the ECOWAS heads of state who met on the 23rd July made empty recommendations as what they said was mere repetition of what his group - Rassemblement des Forces Patriotiques (M5 - RFP) - had already made known to the President, Boubacar Keita. He furthermore stated that what brought Keita to his second term was an agreement Keita reached with his group which he would rather die as a martyred upholding, than to betray his people. His group is blaming the president for leaving the Presidency in the hands of cabals who are not committed to the agreement they reached in bringing him to power. In effect, it seems to be what is pervasive in the whole ECOWAS as even Côte d'Ivoire, Guinea Bissau, Burkina Faso, Niger Republic not to talk of Nigeria look like.

For Imam Dicko, faithfulness to agreement reached must be the only condition for peace. To him, Mali government must not condone external influences that infest the Malian space with debauchery - especially sexual immorality. Indeed with over 15,000 stationed UN troops notwithstanding French troops watching over their longest stretch of the border with Algeria, notwithstanding other border engagements that include that of Mauritania, and the lesser concerned one, for that of other francophone countries like Niger (Nigeria's neighbour also), Burkina Faso, Côte d'Ivoire, Guinea, Senegal. In all, seven borders are at stake; greater than Nigeria's that is four and remains quite difficult to control as Boko Haram keeps on menacing the country. Mali is a haven, for now, for the fundamentalists, with its vast land, almost 1½ of Nigeria.

The good thing about Mali is that it could not be said that it is divided along religious lines. Islam is the main religion and the other minority religions like Christianity, and African traditional religion adherents, seen in their borders with Côte d'Ivoire and Burkina Faso, must just remain cowered; and they are rarely factored into the power equation. Burkina Faso seems to be the country suffering from their surreptitious outburst now as it is a mixed country of Christians and Muslims.

To Imam Dicko, everybody matters as long as you abhor debauchery, electoral malpractice and cryonism.

Cryonism, like interest-based nepotism, is why the 31 people in the parliament and the speaker of the parliament are being asked to resign for fresh elections, devoid of malpractices that pick people and make them forced representatives of none identifiable people.

In effect, they are asking the president to assume full control of power. Even when they run the France-type of Presidential system, the prime-minister seems not to be in control of the constituted government.

The current Prime Minister, Soumeylou Boubèye Maїga, seems to be a pupette of the falcon group of the cabal in order to reduce the strength of the other group that are interested in keeping faithful their agreement with M5 of Imam Dicko.

When you have people like Dicko leading a group of hybrids that reason only along what caused the destruction of UNESCO world's heritage in Timbuktu, then ECOWAS intervention should know that it is embarking on wild goose chase if it fails to call on Boubacar Keita to peacefully resign and allow a well constituted National Assembly's head assume the interim like it was done in Mauritania.

Already, by dissolving the Constitutional Court, Keita has dissolved the institution that ought to stand against all odds in the democratic dispensation; hence he himself had to step down the way General de Gaulle stepped down at the dissolution of the France's 4th Republic to usher in the 5th Republic which, in effect, vindicated General De Gaulle, and still allowed him to return to be President.

The road to honour is for Boubacar Keita to toe that line of honour to set a precedent and allow ECOWAS to monitor a new beginning for Mali. The ECOWAS heads of State should allow that as against allowing the external influences intervene.

Ariole is a Professor of French and Francophone Studies, University of Lagos