South Africa: We Need to Talk About Classical Liberalism 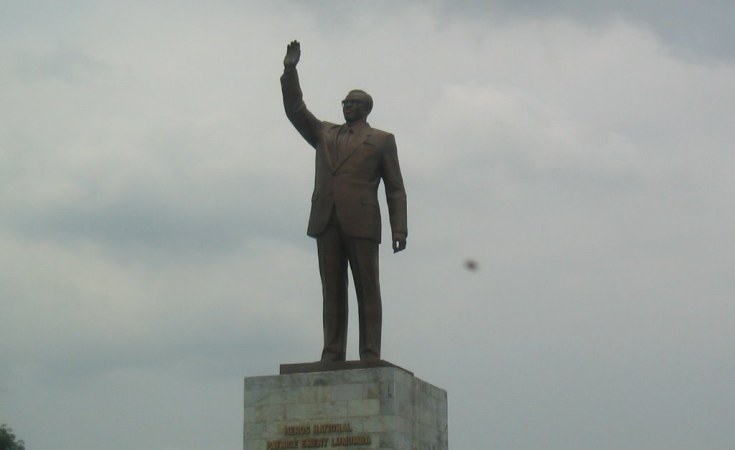 A history of enslavement, colonialism, wars and coups by so-called liberal states refutes the notion that this political ideology is the true home of inclusion and non-racialism.

In South Africa and the United States it is common, in certain circles, for classical liberalism to be affirmed as if it is an unsullied heritage - a heritage with a universal reach that needs to be defended from the barbarians tweeting at the gate, from new ideas in the academy and in journalism, and from a growing popular refusal to continue to accept once established forms of exclusion and domination.

People identifying as classical liberals often feel morally entitled to offer scathing dismissals of contemporary struggles to achieve respect and inclusion by dominated and excluded groups as irrational, unnecessary and authoritarian. These struggles are often presented as a threat to the liberal public sphere, which is frequently assumed to have always been open, democratic and reasonable.

In South Africa, the Institute for Race Relations (IRR) regularly claims that classical liberalism is a non-racial tradition, and often implies that it is the authentic non-racial tradition. In the US, following the publication of "A Letter on Justice and Open Debate" in Harper's Magazine, there has been a flood of articles lamenting the threat to liberalism from "woke culture" or "cancel culture". Many of these articles affirm a commitment to classical liberalism and start with a nod to John Stuart Mill's 1859 essay, On Liberty.

The implication is often that Mill's vision, assumed to be beyond reproach, is now under threat. These articles do not acknowledge that, at the beginning of the essay, Mill clearly states that "Despotism is a legitimate mode of government in dealing with barbarians." Mill did oppose slavery in the US, but he affirmed "the discipline of a workhouse" in England and argued that in the colonies there were "savage tribes so averse from regular industry, that industrial life is scarcely able to introduce itself among them until they are ... conquered and made slaves of". But, for Mill, the "colonies of European race" should be allowed to govern themselves.

Support for racial hierarchy and slavery

Mill was explicitly invested in a racial hierarchy with Anglo-Saxons at the top, southern Europeans in the middle and the Irish, Indians, Africans and Chinese at the bottom. For Mill, liberty was not intended to be for everyone; most of humanity was excluded from the sphere of liberal engagement that he imagined. He spent half his life working for the British East India Company and saw no contradiction in this because there was no contradiction.

Mill's ideas cannot be abstracted from the fate of southern Africa under British colonialism. In 1887, Cecil John Rhodes, speaking in Parliament in Cape Town, declared that "we must adopt a system of despotism in our relations with the barbarians of South Africa". He was not deviating from the liberal tradition shaped, to a significant extent, by Mill.

Mill was the second great liberal philosopher. The first great liberal philosopher, John Locke, whose best-known work was published in 1689, actively supported, in theory and in practice, the colonisation of the Americas and African enslavement. Locke drafted the Fundamental Constitutions of Carolina, adopted on 1 March 1669. Article 110 declared that "Every freeman of Carolina shall have absolute power and authority over his negro slaves."

In England, Locke supported the enclosure of the commons and argued that children of parents impoverished by this process should be confined to workhouses from the age of three. He supported the lash for "vagrants and paupers".

Locke and Mill are routinely described as key thinkers for classical liberalism. Any suggestion that they were ever committed to anything remotely approaching the idea of non-racialism would be absurd.

The claim that their ideas about race, colonialism, slavery and impoverishment are not salient because they were men of their time is equally absurd. There is a long list of English thinkers who inhabited the same time and took radically different views - people like Gerrard Winstanley, Thomas Paine, William Blake and others.

The crimes of liberal revolutions and wars

Liberalism has been racist in practice as well as in theory. The great liberal revolutions, America in 1783 and then France in 1789, both resulted in an expansion of African enslavement. This was not an accidentally illiberal outcome of liberal revolutions. On the contrary, it was perfectly congruent with liberal thought of the time. Again, the argument that these revolutions should be judged by their time is absurd. The revolution of enslaved people in Haiti in 1804 put an end to slavery on the island, and inspired rebellions from the United States to Cape Town.

The crimes committed by liberal states are not all in the remote past. The 1965 and 1966 US-backed anti-communist purge in Indonesia is estimated to have cost between 500 000 and three million lives. Estimates of the number of Vietnamese civilians killed by Operation Rolling Thunder, the aerial bombing campaign carried out by the US between 1965 and 1968, range as high as 182 000. It has been estimated that 1.2 million people died as a result of the US-led invasion of Iraq in 2003, which was supported by other liberal states like the United Kingdom and Australia.

Liberal states have consistently denied people in the formerly colonised world the right to govern themselves. The US sponsored the plot to assassinate Patrice Lumumba, the first elected leader of the Democratic Republic of the Congo in 1961, and backed Mobutu Sese Seko, the kleptocratic dictator who replaced him. In 1973, the US backed the coup against Salvador Allende, elected to the presidency of Chile, and, along with the UK, supported his brutally authoritarian neo-fascist replacement, Augusto Pinochet. These are just two of the many Cold War coups backed by liberal states.

The denial of the right to autonomy continued after the Cold War. In 2004 the US, with the support of France, Canada, and liberal opinion here in South Africa, backed the coup against the elected Haitian leader, Jean-Bertrand Aristide. Last year, the US and many liberal states backed the coup in Bolivia against Evo Morales, also an elected leader. Claims that there had been widespread fraud during the election, amid which the coup was organised, were later shown to be bogus.

Of course, there are debates within liberalism and different schools of liberalism, and there have been liberals who have opposed racism. This is not in dispute. But the assumption that classical liberalism is an unsullied heritage with a universal claim to moral superiority cannot be sustained by a reading of the classic liberal texts, or a cursory examination of the history of liberal revolutions and liberal states.

Pointing out the racism that has frequently been entwined with liberalism, something that has always been in plain sight, is also not to claim that other political traditions and projects do not contain authoritarian, violent and racist dimensions that need to be acknowledged. But the IRR's claim that classical liberalism is the authentic non-racial tradition is absurd. It is either premised on a wilful ignorance or a deliberate disregard for history, undergirded by the racist assumption that the millions of people enslaved, murdered and denied the right to political autonomy by liberal regimes are of no real consequence.

Non-racialism is a thread that runs through many of the major progressive political traditions in South Africa. It appears in the thought of Robert Sobukwe, who is often credited with coining the term, as well as Steve Biko, and was present in the struggles of the trade union movement, the United Democratic Front and in the thinking of the South African Communist Party. In all of these different political projects, it meant that racism was to be militantly opposed in the present, and that the emancipatory horizon was a world in which race was transcended after a struggle to defeat racism.

Biko was scathing about liberal attempts to reduce non-racialism to "integration" and turn it into a "political dogma" used to suppress radical anti-racist organisation and argument in the present. Today, in the hands of the IRR, the term is used to delegitimise anti-racism. This is an attempt to co-opt an idea - and a term - that is central to the radical tradition in South Africa for reactionary ends.

In many cases, the hysteria festering among classical liberals amid new challenges to exclusion along the lines of race, gender, class and sexuality is driven by an implicit, and perhaps sometimes unconscious, sense that a claim to a civilisational superiority - a claim that was originally justified by Christianity and then came to be justified by liberalism; a claim that has dominated much of the world by armed force since Christopher Columbus arrived in the Caribbean in 1492 - is under threat. It is this sense that is producing much right-wing hysteria, often legitimised in the name of the imagined moral superiority of the liberal tradition.

This is not to suggest that there are not, for instance, important questions to be asked about the dangers of the public sadism and mobbing encouraged by the new online public sphere, which is owned and mediated by massive corporations seeking dopamine hits to drive traffic and profits. There are important discussions to be had about aspects of "cancel culture". But when this discussion, and others about the nature of the contemporary public sphere, begin with the assumption that the public sphere established by classical liberalism was a space of universal inclusion and reasoned debate, it cannot be taken seriously.