Morocco: 'Where Is the Justice' for Moroccan Transgender Women? 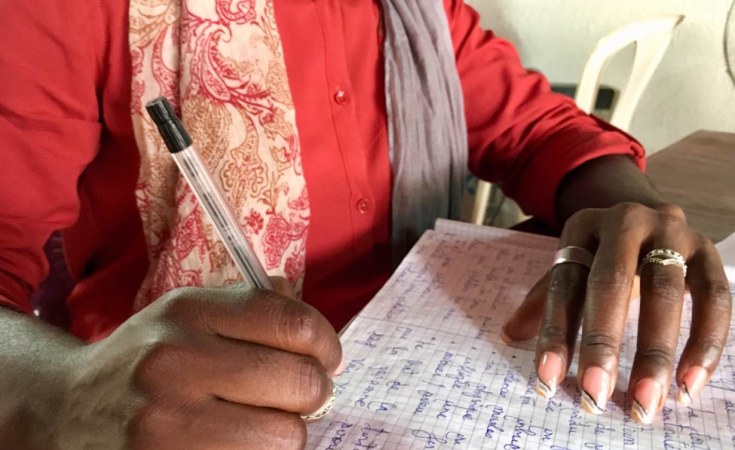 Manal was driving home from a New Year's party on the first day of 2019, dressed to the nines in her laced blue dress, when she got into a minor traffic accident. When police arrived, they arrested Manal, harassed her based on her gender expression, then exposed her identity by posting photos of her and a copy of her ID online, in violation of Moroccan privacy laws.

In AfroQueer Podcast's latest episode, "One Night in Marrakech," Manal describes the persecution she faced as a transgender woman in Morocco, where legal obstacles prohibit her from possessing ID that reflects her gender identity and her chosen name. She speaks from France, where she sought asylum after the unlawful disclosure of her private information and the online bullying, harassment, and threats she faced.

Manal links her experience to the recent "outing" campaign against gay men and trans people in Morocco. People created fake accounts on same-sex dating apps and endangered users by posting their private information on social media, sparking bullying and hate speech. Morocco criminalizes same-sex relations, and those "outed" are exposed to the risk of eviction, loss of employment, and social ostracization.

Manal, who had worked tirelessly to keep her job as a medical assistant and a roof over her head, lost everything when the police "outed" her. Her story encapsulates the vulnerability of many trans people in Morocco, forced to practice self-censorship to navigate their daily lives.

Manal also exposes the different experiences of trans people in Morocco. She says, "economic power and fame determine which trans woman is abused and which is protected. Trans identities are accepted in Morocco as long as they serve as entertainment on stage, but not in ordinary life."

"Where is the justice?" Manal asks from Paris, where she remains unemployed and worries about her parents aging while she is forced to be far from them. This should never be the cost trans people have to pay to live their truth.

The Directorate General of the Moroccan police reportedly issued an order to punish the officers who harassed Manal, but the government failed to protect her and will continue to compromise others unless it repeals discriminatory laws and protects queer and trans people from violence and harassment.

This dispatch is the second of a six-part collaboration between Human Rights Watch and AfroQueer Podcast, seeking to amplify the voices of lesbian, gay, bisexual, and transgender (LGBT) Africans.