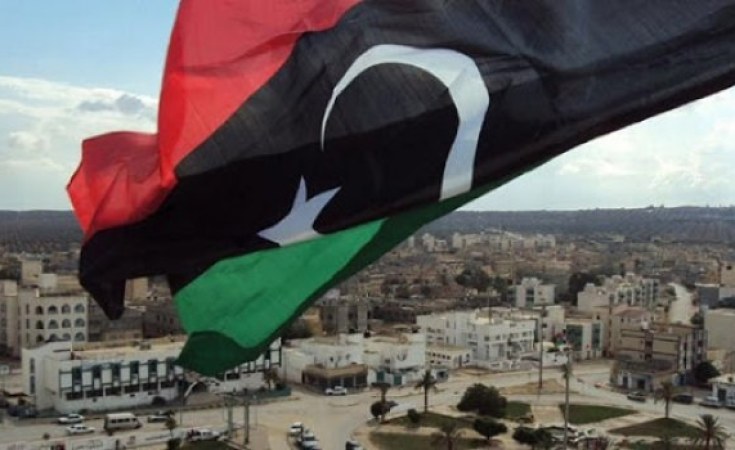 In recent days, President Emmanuel Macron has repeatedly castigated Turkey for its "dangerous game" and "historical and criminal responsibility" in Libya, calling for an "end to foreign interference and unilateral acts by those who seek to gain an upper-hand in the war." That Macron is only accusing Turkey- which supports the government recognized by the United Nations and, at least officially, by France itself- is perplexing, yet it reveals France's ambiguities regarding Libya.

In singling out Ankara, Macron keeps complicit silence over the repeated interference of Egypt and the United Arab Emirates, and is indulgent vis-à-vis Russia. All three support General Khalifa Hiftar, a disgraced former ally of the late Libyan ruler Muammar Gaddafi who has sought to become the new strongman in Libya, even at the price of a devastating civil war. His military offensive against Tripoli, initiated on April 4, 2019- the same day the United Nations secretary-general was to inaugurate a national dialogue in which Hiftar was expected to participate- lurched Libya into a crisis more dire than in 2011.

Macron sidesteps the many violations committed by armed groups and militias affiliated with Hiftar, as well as his foreign allies, most notably the disproportionate and indiscriminate bombings that have killed and wounded hundreds of civilians and the use of cluster munitions and landmines banned by the laws of war. The discovery, in June 2019, of four Javelin anti-tank missiles in possession of forces allied to Hiftar, originally purchased by France from the United States, was already deeply embarrassing for Paris. Although France insisted that the missiles were "damaged and unusable," they constituted uncomfortable evidence of military support that Paris had sought to keep secret as it most likely violated the 2011 arms embargo imposed by the United Nations Security Council, of which France is a permanent member.

Macron has remained strangely silent too over the fact that all parties to the conflict do not respect the arms embargo on Libya and that all the foreign parties mentioned support armed groups that have committed grave human rights violations. The two camps- the Government of National Accord, based in Tripoli, and the Libyan National Army, led by Hiftar and based in Benghazi- are both supported by foreign combatants, notably from Syria and Sudan. Syria has also intervened and sent a military plane to support Hiftar, probably at Russia's request.

On June 22, the United Nations Human Rights Council established a fact-finding mission to collect information, document human rights violations committed by all parties to the conflict in Libya since April 2016, and preserve evidence to bring those responsible to justice. Concurrently, the government in Tripoli discovered at least eight mass graves in an area that was until recently under the control of the Al-Kani militia, allied to Hiftar since April 2019. France tried to add a reference to the International Criminal Court to the text of the resolution establishing the fact-finding mission, yet remains indulgent vis-à-vis Hiftar, who has refused to arrest his deputy, Mahmoud Al-Werfali, a renegade of the court with two arrest warrants, from 2017 and 2018, for war crimes.

Macron also remains silent over the repeated interference in Libya of his ally, President Abdel-Fatah al-Sisi, of Egypt, who was defense minister during the massacre of protesters in Rab'a Square in Cairo on August 14, 2013 (Human Rights Watch documented at least 817 deaths). Al-Sisi put an end to the first democratically elected government in Egypt and then perpetuated himself in power until, potentially, 2030. Supported by Paris under the pretext of fighting terrorism and an important client for French arms sales, al-Sisi embodies the brutal repression of the Arab Spring of 2011 and has presided over the worst crackdown on civil society in Egypt in decades. Al-Sisi has interfered in Libya since, at least, the aerial bombing of Derna in February 2015, which killed seven civilians, including three children.

Even if he has recently condemned the activities of the Wagner militias in Libya, Macron has likewise been extremely indulgent over Russia's interference and seems willing to accommodate Vladimir Putin over any responsibility for the deployment of these Russia-based mercenaries. The United Arab Emirates, which has been providing weapons to Hiftar in violation, like Turkey, of the arms embargo, also escapes Macron's condemnations. Yet as a permanent member of the United Nations Security Council, France is supposed to insist on a strict observation and verification of the embargo, and not promote a selective application based on its strategic alliances and arms sales. The United Arab Emirates are among its most important military clients, with a record 1.5 billion euros in contracted sales in 2019 alone.

In their speeches on the international stage, President Emmanuel Macron and Foreign Minister Jean-Yves Le Drian proudly pronounce their will to make respect for international law and defense of multilateralism cardinal principles of French diplomacy. But their deeds don't match their nice words: their political support for Sisi and, at least indirectly, for Hiftar despite the abuses committed by forces under their command; their continuing cooperation in the "war against terrorism" despite both generals using this war to repress all political opposition to their rule; and at least in the case of al-Sisi, France's multi-billion-euro arms sales.

France needs to overcome the void between its words and deeds, as is the case with Libya. France should cease turning a blind eye to grave violations there for the sake of preserving its strategic or economic interests. Macron's selective indignation over Libya harms both his credibility and the values that he claims are cardinal principles of his diplomacy, as well as the fight against impunity and the return to stability in a country that has already mourned many atrocities and wars.

Libyan Rivals Declare Ceasefire
Tagged:
Copyright © 2020 Human Rights Watch. All rights reserved. Distributed by AllAfrica Global Media (allAfrica.com). To contact the copyright holder directly for corrections — or for permission to republish or make other authorized use of this material, click here.