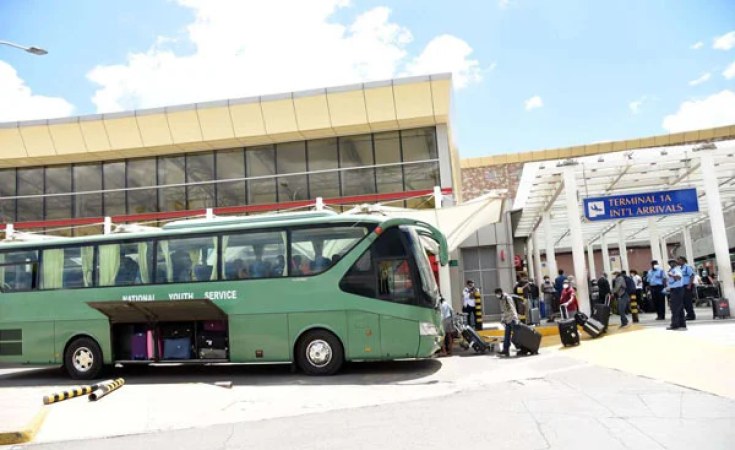 Transport Cabinet Secretary James Macharia on Saturday said that Kenya Airways will be flying to Tanzania as the two countries had sorted out the growing diplomatic row between them.

He made the announcement as the Ministry of Health reported that 23 patients had succumbed to Covid-19, the highest number ever in 24 hours since the country reported its first case on March 13, bringing the total number to 364 deaths.

Health CS Mutahi Kagwe expressed concern that the number of deaths is rising faster, with the country losing 53 persons in three days.

Mr Macharia said the tiff between Kenya and Tanzania, which led to the banning of KQ from flying into the country, was due to "a misunderstanding".

We had an intensive virtual meeting and we have agreed that immediately I make the announcement, and share communication, which I have done, they will reverse the advisory and Kenya Airways will be allowed to fly," said Mr Macharia.

Hamza Johari, the director-general of the Tanzania Civil Aviation Authority said the approvals were cancelled on a "reciprocal basis" and that the ban would be in place "until further notice".

Dar es Salaam's decision came after Kenya omitted Tanzania from a list of countries whose flights would not see passengers quarantined for 14 days before being freed into the country.

Tanzania says it has officially ended Covid-19, mostly after prayers. Dar no longer releases figures of new infections or tests, although travellers must take tests before departing.

Mr Macharia clarified that no traveller had been banned from coming into the country, but risk assessment measures have to be adhered to.

"We have never restricted travellers from Tanzania, what we have done is to indicate health-related protocols for people arriving from various countries for safety measures," Mr Macharia said yesterday at Jomo Kenyatta International Airport while briefing journalists.

Kenya has exempted travellers from 19 countries from the 14-day mandatory quarantine when they arrive into the country.

However, Tanzanian travellers are not among the 19, so the protocol dictates that when they arrive into the country, they will have to be placed on 14 days' mandatory quarantine before they are allowed to interact with the public.

The list, he said, will be reviewed on a day-to-day basis depending on countries' response to the virus and those exempted are from nations with mild and limited transmission or with a declining incidence of the virus.

"We will continue to review the list to ensure that we get back to where we started before Covid-19. This will depend on how countries are managing the virus.

The risk profile of any country could change and, therefore, the status in regard to these clarifications and directives could also change," he said.

Kenya on Thursday issued guidelines on handling of foreign visitors as it opens its airspace for international flights that resumed yesterday.

Passengers from China, the epicentre of the Covid-19 pandemic, are among those exempted from mandatory quarantine upon landing.

Additional countries include the United States (except California, Florida and Texas), United Kingdom, France, Germany, Netherlands, Qatar, United Arab Emirates and Italy. All arriving passengers should have Covid-19-negative certificates and their body temperature should not exceed 37 degrees Celsius.

The negative result test should have been done within the past 96 hours. He said those found to have been tested earlier will not be allowed to board any flight using the same Covid-19 certificate.

Three East Africa Community states, including Rwanda and Tanzania, now allow international flights. "The East African Business Council urges the EAC partner states to prioritise and fast-track the unconditional reopening of the regional air transport services. They should agree on an EAC coordinated approach on the opening of the regional aviation sector, in line with the World Health Organization guidelines and measures," said Dr Peter Mathuki, the Executive Director of the Council.