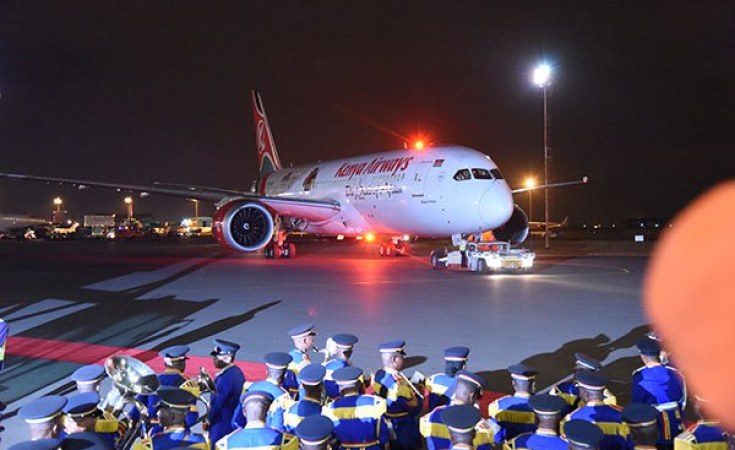 Nairobi — Transport Cabinet Secretary James Macharia has assured that Tanzanians will not be denied entry into the country even though the country is excluded on the list of countries allowed to fly passengers in.

Kenya and Tanzania is embroiled in a diplomatic tiff after the exclusion as Kenya opened her airspace for international passenger flights.

Subsequently, Tanzania fired back and banned Kenya Airways by revoking its landing rights in protest of the action.

"Kenya has not banned Tanzania passengers from coming to Kenya. A country may not be on the list of the 19 countries we issued earlier but tomorrow or the day after it might be there, so it is not about individual countries but following health protocols," said Macharia.

He further stated that the Ministry will continue to review the list of the countries allowed to fly their passengers in the country based on Coronavirus containment in the respective countries.

"We will be reviewing the countries allowed to fly passengers here on a daily basis but this will depend on the assessment risk of transmission and how those countries are containing the virus from spreading in their own countries," Macharia said.

On Saturday, the government said that Tanzania had agreed to reverse the decision of revoking Kenya Airways landing approval, following talks.

Macharia said he had held a virtual meeting with his Tanzanian Counterpart Isaac Kamwelwe and agreed to look into the matter reiterating that Tanzania has also not been banned from flying her passengers to Kenya.

"I would like to confirm that indeed we have agreed with the Minister of Transport from Tanzania on all issues and that advisory which was given by the Tanzania Civil Aviation Authority by the end of the day it will be reversed," Macharia said.

Macharia further clarified that the differences between the two countries are only surrounding the measures taken to mitigate the spread of the Coronavirus but the airspace is open for passengers as long as they have authorized documents.

"There is no misunderstanding and Kenya has never banned travelers from Tanzania and Kenya has not also banned flights from Tanzania," he said, "What we have done is indicate certain health-related protocols of people arriving from various countries and of which we will be reviewing in terms of countries which will be coming here and with passengers exempt from quarantine."

But on Friday, Macharia updated the list to include the US (except for California, Florida and Texas), UK, France, Germany, Netherlands, Qatar, UAE and Italy "following further review and consultation between the Cabinet Secretaries responsible for Transport, Health and Tourism."