Africa: We Need to Unpack the Word 'Race' and Find New Language 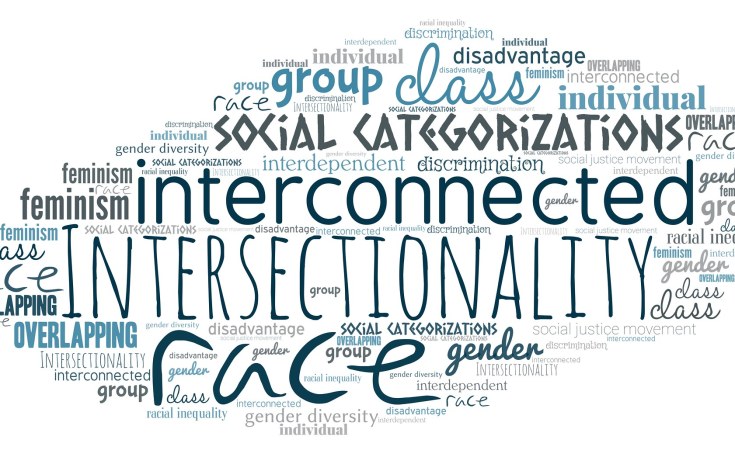 Race-thinking has been discredited for decades. But it is still with us. Yet race is a historical contingency, not a state of nature. One of the most sinister things about race is that its sibling, racism, not only lasts, but continues to grow. Race has so co-opted our consciousness and language that any attempt to deal with the effects of racism has been very difficult.

The language of race was one of the questions that occupied us, a group of academics, during the course of a multi-year series of discussions that constituted the Effects of Race project at the Stellenbosch Institute for Advanced Study.

The addictiveness of race-thinking thwarts all efforts to unite humanity into a common cause. New endeavours to utilise race for economic, educational, biological, and - most recently - genetic reasons continue despite the fact that people share so many overwhelming commonalities. Any subdivisions erected between people are essentially meaningless.

Many embrace race as a concept, but it mostly persists because the damage caused by racism persists. The economically powerful see race as a shorthand for class, intelligence, education, ability, as well as biology. The economically disadvantaged see it as the cause of their suffering and as a uniting principle. In both cases, it is a factor used to justify an Us-Them dichotomy.

What can be done about the durability of the concept of race? One thing we can consider is changing the vocabulary.

Language space is constantly changing, but the reuse of value-laden words has the power to reinforce past preconceptions and prejudices. Reusing old race words in new contexts doesn't remove their original meanings, it only adds to them. The language-space of race is so crowded that new terms (neologisms) with no connections to past meanings are hard to derive, but a new vocabulary is what is needed because so many of the old words are derogatory and hurtful.

Neologisms like "people of colour" arose in the 1930s after "coloured people" became restricted to mean African American people in the United States. It was revived again at the end of the twentieth century as an inclusive group of people identified as anyone who wasn't a person of European descent with light skin - "whites" - and who were subjected to differential treatment by the dominant white culture.

One successful effort has been the conversion of hateful speech by subjugated people themselves. The word "queer" was once a highly derogatory term for people who prefer partners of the same gender. Redeployment and repurposing of the word as a positive identifier has lessened its impact as a slur, even though it is still used as marker of Us-Them. In fighting homophobia, the upbeat neologism "gay" has been more effective at thwarting discrimination of non-binary sexuality.

Repurposing official race labels like the apartheid-era "Black" and "Coloured", for utilitarian purposes of government and social restitution in South Africa, has not seen the power and confusion of those words diminish much. Any reuse or redefinition of race-thinking terms just reinforces all previous meanings.

What does "race" actually mean?

So, should we stop talking about race? In a word, no. We must understand the full expanse and power of racial language. Denial of race will not bring about the demise of race, instead it only cloaks terms that perpetuate the power of the concept and its potential for harm.

What we need to do is unpack the term "race" from other confusions surrounding it.

Do races have a biological reality? If race is biologically real, then it should only be defined by a biological meaning. All people living today belong to one species, Homo sapiens, and this species has never been divided into separate groups that were on their way to becoming new species.

People have always moved and intermixed, but, despite this, the concept of population isolation and a belief in "pure races" is common.

But species are individuals in the logical sense. Subsets of species, whether called subspecies or races, have no such individual reality. They are always in flux and have identities that vary according to the time and place of their definition.

The categories of race and ethnicity used by the United States Census such as "Black or African American" and "Asian" are good examples because they have very specific meanings for the census, but change regularly and are only understood clearly by people of the time and place the usage was developed. These widely used terms lack any biological reality, but that association still exists for most people because race started out as a quasi-scientific concept.

Race is not biology nor is it a linguistic-ethnic grouping. It is not class. Race is not shorthand biology or any other grouping definition. But continued belief in the existence of real races and the biological or social reality of the race concept provides justification for the continuation of a racially inequitable status quo - and the social marginalisation of historically disadvantaged groups.

When we use race we need to be very specific about what we mean. Using race to describe inequality is misleading when what we seek to discuss are socioeconomic disparities.

Let's find new terms to describe these phenomena. It's essential that we abandon official race labels and stop educating children about race categories because these concepts are freighted with toxic baggage.

We cannot just keep the "good parts" of race because othering has no good side. Race should be spoken about only in an historical context or in terms of current racism.

This article is part of a series. Other authors include Barney Pityana, Göran Therborn, Kira Erwin, Kathryn Pillay and Njabulo Ndebele.