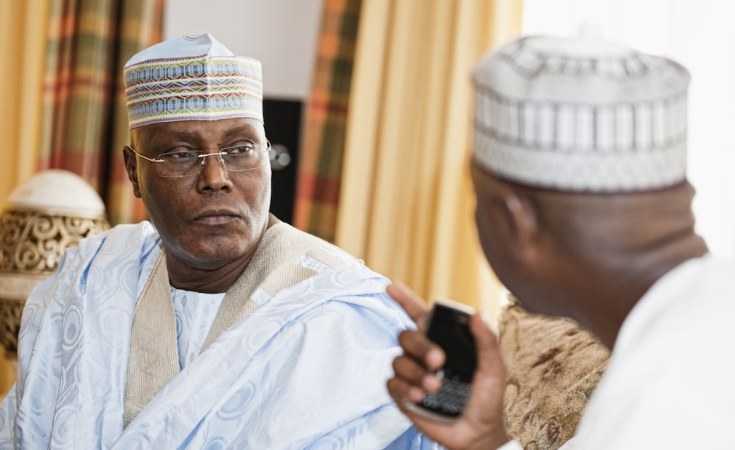 Former Vice President, Atiku Abubakar has asked President Muhammadu Buhari and the All Progressives Congress (APC) to apologise to Nigerians for obtaining 'humongous amount of loans' without any serious justification for it.

Atiku said the government should make an admittance of guilt for taking the country through the "throes of subjugation to another country."

But the All Progressives Congress (APC), has said Atiku failed Nigerians as vice president, adding that he has no moral right to make such demands.

Atiku has long advocated for a more robust engagement of the private sector and promotion of foreign direct investment as sustainable alternatives through which government could fund infrastructure development.

The President Muhammadu Buhari-led government has however, threaded the direction of looking for foreign loans which has now hit about $23bn.

Former President Olusegun Obasanjo's administration initiated a National Privatization Programme with the sole objective of ensuring that the private sector took some measure of influence in social investment portfolio and, in some instances, provided funding for infrastructure development.

"Debt, by itself, is not a bad thing. But debt budgeted for such unproductive ventures, like the proposed $500 million upgrade of the Nigerian Television Authority and other sundry bogus contracts, is debt that leads to death. To trade Nigeria's sovereignty for this type of profligacy is the height of irresponsibility."

But the APC Deputy National Publicity Secretary, Yekini Nabena said, "Atiku should be the one to apologise to Nigerians. All that he has borrowed from the banks, he has not been able to pay back his own. So he has failed Nigerians as Vice President of this country."

"Atiku is not in a better position to tell Nigerians, President Muhammadu Buhari or the APC what to do because he has failed Nigerians," the party said.

Malami - Nigeria Won't Sign Off Its Sovereignty for Any Loan

Govt Will Pay Back China Loan in 20 Years - Minister

2021 Vital Year for China-Nigeria Relations - Buhari
Tagged:
Copyright © 2020 Daily Trust. All rights reserved. Distributed by AllAfrica Global Media (allAfrica.com). To contact the copyright holder directly for corrections — or for permission to republish or make other authorized use of this material, click here.

War of Words Over Massacre in Ethiopia's Holy City
Governance