Kenya: Commuter Transport in Nairobi Set for a Facelift 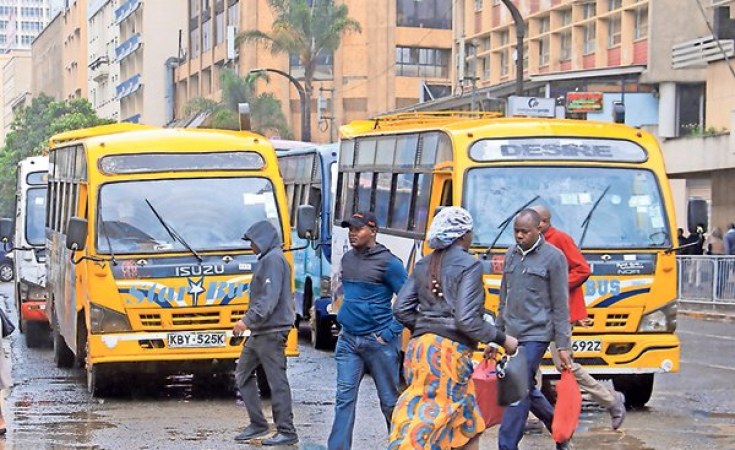 Nairobi residents will in the next few months have a modern commuter transport system as several government agencies work towards actualising the city's master plan.

From an hourly commuter train service, to a complimentary rapid transport system, and a seamless non-motorised transport within the city centre, the government is quietly implementing these plans that are set to give the city's chaotic transport system a facelift.

In two weeks, the refurbished Diesel Multiple Units (DMUs) bought for Nairobi City will arrive in Kenya as the country moves to modernise commuter trains in the capital.

The units will form part of the Nairobi Railway city master plan, even as the Nairobi Metropolitan Service (NMS) starts implementing the non-motorised master plan, that would see some of the streets in the central business district turned into pedestrian walkways.

A city of about 4.4 million people, according to the last population census, Nairobi until now has had only a haphazard transport system, based on mostly private 14 and 32 seater matatus. This has resulted in pain and chaos for millions of commuters amid traffic gridlocks on key roads and highways. The World Bank estimates that Nairobi residents on average spend an hour to travel to work and another 60 minutes commuting back home due to traffic congestion.

Last week, Housing and Urban Development PS Charles Hinga said the DMUs bought from Spain, which were shipped to Mombasa on July 21, are expected to arrive at the port 25 days later, which will be on or about August 16.

The Cabinet last year approved the plan by Kenya Railways to buy 11 DMUs through a government-to-government arrangement. They should give a major boost to the ongoing reforms to turn around the city's transport, which is one of the key deliverables for the NMS, which is under the management of President Uhuru Kenyatta.

The acquisition of the refurbished DMUs forms part of a master plan to expand commuter services on five routes to the city centre boosting the plan by Nairobi Commuter Rail (NCR) to increase the number of train commuter users from the current 300,000 to three million in a month.

Managing director Philip Mainga told the Sunday Nation that the DMUs would be used on the Nairobi Commuter Rail system.

"This acquisition forms part of a master plan to expand the Nairobi commuter services in five routes to decongest Nairobi City. The DMUs, with a maximum speed of 120km/hr will offer a suitable technical solution for the Nairobi Commuter Rail Service," Mr Mainga said.

The routes the DMUs will service will include the Nairobi Central Station to Syokimau, Embakasi Village, Ruiru, and Kikuyu. This will see the building of nine new stations which include Kenyatta University, Umoja, Kibera, Thogoto, Mbagathi Way, Thika, Kitengela, Dagoretti and Strathmore University.

Mr Mainga also said that the Nairobi Commuter Rehabilitation Project is ongoing, with major infrastructure changes being undertaken to integrate and expand its different components with the aim of modernising and upgrading the existing infrastructure.

"The main components of the upgrade are construction of new and modernisation of existing stations, refurbishing of coaches and other rolling stock and planned rehabilitation of the entire network deployed under commuter rail services," he said.

"The rehabilitation project is envisaged to reduce commuting time, ease congestion on roads, minimise carbon emissions, provide safe, reliable and affordable services. One of the immediate expected impact of the project is to increase the running speeds of the trains from 20kph to 50kph," Mr. Mainga said.

The city will also get a 5 kilometre Nairobi to Jomo Kenyatta International Airport Line, which will be a dedicated line for commuters who wish to access the airport.

Even as the light railway commuter project takes shape, NMS is already piloting the metered parking system, which it hopes to replicate across the city.

NTSA to Audit Matatu Saccos on Terms of Hiring

Kenya Throws Car Manufacturers Under the Bus in Brt Withdrawal

Commuters Livid as Governor Bars Matatus From Nairobi CBD
Tagged:
Copyright © 2020 The Nation. All rights reserved. Distributed by AllAfrica Global Media (allAfrica.com). To contact the copyright holder directly for corrections — or for permission to republish or make other authorized use of this material, click here.