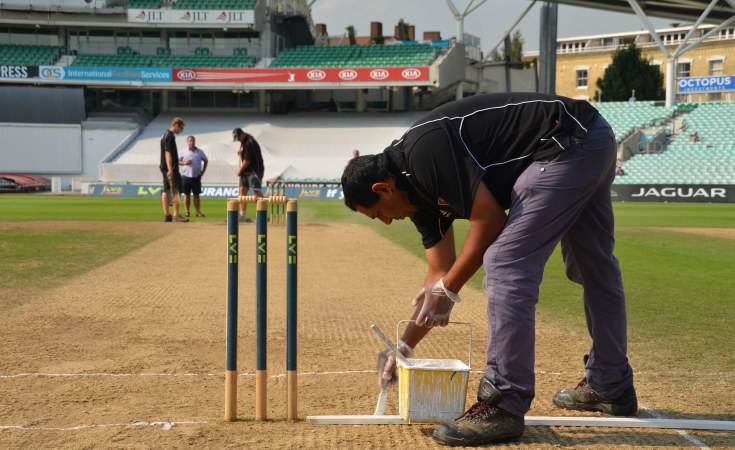 Interim Zimbabwe cricket limited overs skipper Chamu Chibhabha has added his voice to the global Black Lives Matter movement by denouncing all forms of racism in the game.

Chibhabha, who noted the strides that Zimbabwe Cricket has made over the years in confronting the beast of racism, said a complete healing process from the past "scars" was still needed in the country.

Racism is one of the historical evils that hampered the development of the game, with its subtle effects still being felt to this day.

"As I take a stand in solidarity with the Black Lives Matter movement, I do so with the hope that the global fight against the dehumanisation of black people will also see us as the cricket fraternity reflecting on and confronting the evils of racism in our sport," said Chibhabha.

"While our teams now appear more representative and reflective of the demographics of our country, decades of discriminatory policies left deep scars, with overt and subtle racism still haunting our game today. Racism has no place in cricket, let alone the world!"

Chibhabha's message on his Twitter handle, however, drew mixed reactions from some of his followers in a subtle confirmation of the deep rooted divisions that still exist 40 years after Independence.

There were those who supported his stance and others were highly critical of the "reverse racism" being meted on whites.

The world has taken a strong stand in the last few months in a concerted fight against the evils of discrimination based on skin colour in what has come to be dubbed the Black Lives Matter movement.

The movement has occupied almost every social space and has spilled to sport where it has been felt at major events in football, rugby, boxing, cricket, basketball and Formula 1 where athletes have gone on one knee as a symbol of showing solidarity.

Recently, South Africa's elite cricketers across the racial divide showed a united face against racism by taking a knee at Centurion's SuperSport Park ahead of the 3TC match in response to cricketer Lungile Ngidi's call to join the rest of the world in the fight against racial discrimination.

All 24 participating players, support staffers, CSA officials including Graeme Smith, the director of cricket, and members of the SuperSport commentary team -- ex-cricketer and former Zimbabwe coach Makhaya Ntini among them -- joined in as South Africa staged its first cricket match in four months.

Ntini revealed how he used to run from the ground to the team hotel to escape the "loneliness" of sitting on the team bus where he said the rest of the squad would move to the back if he was in front and vice-versa.

Cricket South Africa showed their solidarity with the movement in a lengthy statement that chronicled the historical evils and the steps being taken to correct the situation.

"We note the claims of discrimination and racism that have been made by current and former players and coaches, and we acknowledge that these are a part of the sport's past, and sadly, its present," said the statement.

"We have to face the reality, as management and custodians of the game, that we need to come up with creative, tangible and meaningful ways to address this - even more than we have done already - to make sure that they are not part of our future.

"As a national federation that is custodian to a sport that is loved and played by South African men and women, CSA is actively working to redress the inequalities of the past and to make cricket a truly transformed national sport of winners."

These Africans Are on TIME Magazine's Most Influential List
ICT