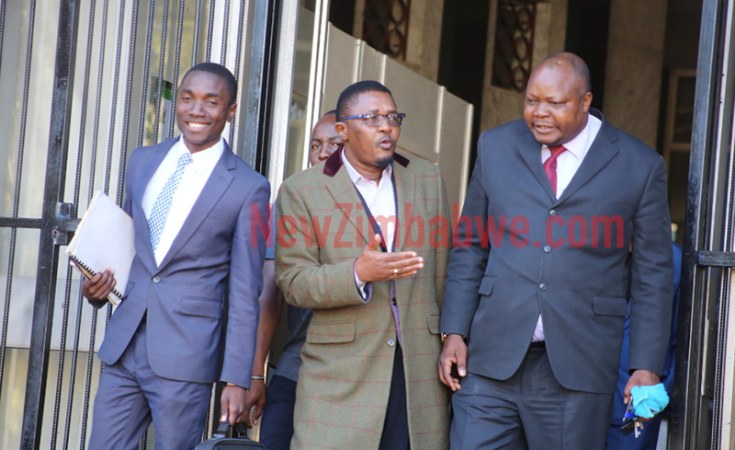 South Africa has been asked to extradite former Cabinet Minister Walter Mzembi who skipped bail while on remand on charges of criminal abuse of duty and theft of trust funds involving US$847 000.

Mzembi, who allegedly committed the offences when he was Minister of Tourism and Hospitality Industry and was spearheading Zimbabwe's cohosting of the United Nations World Tourism Organisation (UNWTO) Conference in August 2013, is believed to be staying in South Africa since he skipped bail on the criminal charges some two years ago.

The Government, through the National Prosecuting Authority (NPA) is seeking the assistance of the South African authorities to bring Mzembi to a Zimbabwean court to answer allegations of stealing vehicles worth US$130 000, which had been donated for UNTWO General Assembly.

The screens were the property of the Ministry of Tourism and Hospitality Industry and Mzembi is accused of showing favour to the three churches by giving them screens without the Treasury's concurrence.

In another case, Mzembi and two others -- Susanna Makombe Kuhudzayi and Aaron Mushoriwa Dzingira -- received donations amounting to US$815 000 for UNTWO from Mbada Diamonds on behalf of the Government and converted US$517 360 to their own use.

In a request for extradition, Acting Deputy Prosecutor-General Mr Nelson Mutsonziwa indicated that Mzembi's prosecution will be solely in respect of these criminal abuse of office and theft charges.

Mr Mutsonziwa, in an affidavit commissioned by chief law officer Mr Chris Mutangadura, assured the South African government that the criminal charges preferred against Mzembi were not political.

He said Mzembi should simply be brought to court within reasonable time for justice to prevail.

"The accused will not be prosecuted for any offence other than theft, criminal abuse of duty as a public officer as defined in Section 174(1) of the Criminal Law (Codification and Reform) Act [Chapter 9:23], based only upon the facts stated in this request.

"This request is not being pursued for political reasons or any ulterior purpose. Zimbabwe guarantees that Walter Mzembi will receive a fair trial in terms of the laws of Zimbabwe. The Republic of Zimbabwe also undertakes to render assistance to the Republic of South Africa in any criminal matter," reads part of the request.

According to the request, three warrants of arrest have since been issued against Mzembi in the pending cases and the prosecution of others who are in Zimbabwe was also stalled by the politician's absence.

The first concerns a trial supposed to start on 29 November 2018.

The second involves Mzembi, Susana Makombe Kuhudzai and Aaron Dzingira Mushoriwa whose trial date was supposed to be 26 November 2018.

"In all the above three cases, Walter Mzembi defaulted court," reads the extradition papers.

In 2011, Zimbabwe and Zambia won the bid to co-host the 20th United Nations World Tourism Organisation (UNWTO) Conference in August 2013.

Zimbabwe assigned Mzembi, who was the Minister of Tourism and Hospitality Industry, to spearhead the organisation and hosting of the conference. The ministry came up with various avenues to raise money for hosting the event.

Kuhudzayi and Mushoriwa allegedly formed a consultancy entity styled Conventions Africa, which was not registered with the Registrar of Companies and they opened a ZB bank account in the name Conventions Africa.

Mzembi would generate letters requesting for donations from the corporates which the consultants used to seek donations in cash or kind, towards the hosting of UNWTO General Assembly.