Ghana: The Culture of Witchcraft Accusations - a Threat to Women's Rights in Ghana 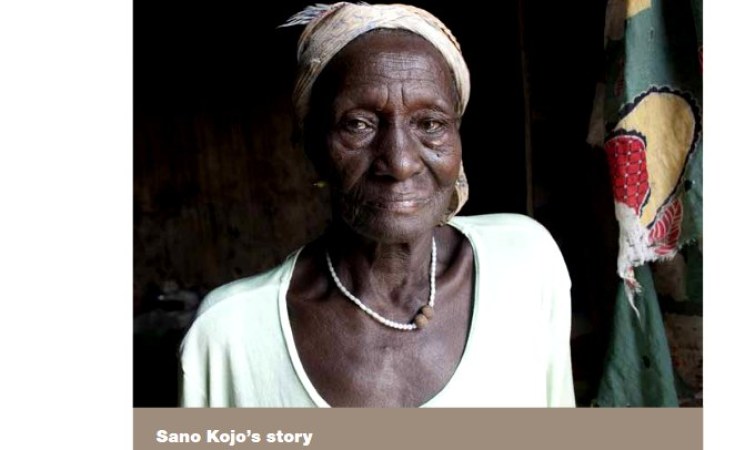 Jane Hahn/ActionAid
Sano Kojo, 66, has been living in a camp since 1981 when she was accused of being a witch by allegedly pressing on her cousin’s chest until he died. “People don’t care about alleged witches. Once you are here you are forgotten.”
Ghanaian Times (Accra)
document

On the 24th July, 2020 the Commission on Human Rights and Administrative Justice (CHRAJ) observed with troubling shock a video circulating on social media as well as media reports of one madam Akua Denteh, a 90-year-old being lynched on suspicion of witchcraft leading to her unfortunate demise. She was subjected to egregious human rights abuses in a broad day light at Kafaba, a community near Salaga in the Savanna Region while perpetrators acted with impunity without an intervention from onlookers.

This despicable act by these individuals is one of the many stories of abuses experienced by women especially the old and economically disadvantaged. This incident like many others reported in the past is a reflection of a systemic socio-cultural practices related to beliefs in witchcraft. In most African societies like Ghana, beliefs in witchcraft is intertwined with the daily lives of most people. Some do believe that misfortunes in their lives has something to do with the influence of this mystical power which usually connotes negativity. These entrenched beliefs in witchcraft and subsequent ostracism of women over the years have culminated into what has become derogatory known as the 'witch camps' in some part of northern Ghana. These 'witch camps' have thus become a refuge for these women which from a human rights perspective can be described as violence against women and calls for an intervention.

Witch-Calling: Why a human rights issue?

The consequence of witchcraft accusations violates a wide range of human rights. Attacks against the accused violate fundamental rights including the right to life, liberty and security, right to hold property and to a very large extent prohibition against torture. The other less tangible consequences of witchcraft accusation include economic and social marginalization which in themselves constitute a violation of social and economic rights as protected under international human rights law. Social ostracism resulting from this phenomenon violates article 17 of International Covenant on Civil and Political rights (ICCPR) such as protection against arbitrary and unlawful interference with individual's privacy, family, home, correspondence etcetera.

Additionally, the physical and mental trauma often borne by the accused goes contrary to the provisions as laid down in article 12 of the International Covenant on Social, Economic and Cultural Rights (ICESCR) ratified by Ghana including some provisions of the 1992 Constitution. According to a 2018 US state department report indicates that there are more than six 'witch camps' spread throughout the northern regions of this country and hold 2,000-2,500 women as well as 1,000-1,200 children. These camps despite being sanctuary for these women lack basic social services required to ensure a dignified living environment.

Feminists have also bemoaned the gendered nature of witchcraft accusations mostly levelled against women as practice is rooted in patriarchal norms which requires women to behave in a particular way, failure of which attracts some consequences. They further contend that mental health conditions are ignorantly deployed by communities to tag women as witches and this is more common with poor, rural, widowed and women with disabilities. The Commission could not agree more with this view point.

It is also important to mention that, witchcraft accusations are occasionally targeted at men; however, women are disproportionately affected as evidenced by reality. Since men have a strong socio-political standing in their communities, they tend to offset such accusations leveled against them.

Walking the Talk-What must be Done?

The Commission therefore calls on government to consistently engage stake holders on this disturbing phenomenon such as following up on resolutions reached during the national conference on witchcraft accusations held in 2014.To this end, the Commission joined some partners in 2019 to close a 'witch camp' at Nabuli, a community in the Gushegu Municipality of the Northern Region.

Again, beyond these interventions, the Commission calls on the Ghana Police Service to consider this phenomenon as violence against women and a criminal conduct punishable by law. Consequently, the Commission is seriously monitoring the outcome of investigations relative to late Madam Akua Denteh.

Lastly, CHRAJ urges Ghanaians to speak up against this dastardly acts and report individuals they have knowledge of subjecting vulnerable women to these gross violations to appropriate state institutions.

Witch Hunts - a Global Problem in the 21st Century 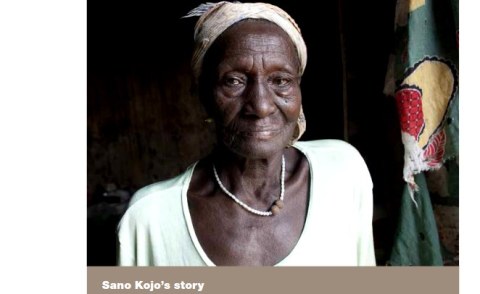