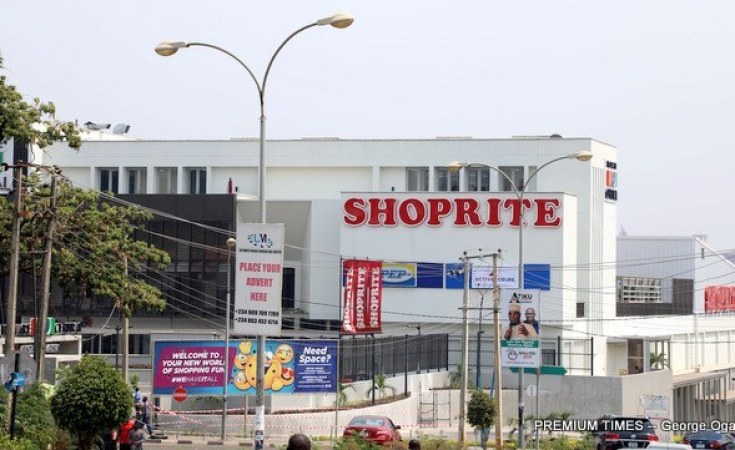 Shoprite Holdings has begun shopping for Nigerian investors to take over operations of its outlets in the country as the South African parent company yesterday unfolded plans to divest its stake in the local branch.

The parent company had earlier yesterday signified its intention to pull out of Nigeria, but walked back its decision a few hours later following a rash of reactions, the announcement generated in the business community.

In a follow-up statement yesterday, the group explained that its divestment plan from its Nigerian subsidiary will not lead to the closure of its business in the country.

However, the group, in a memo to its Nigerian employees dated July 31, 2020, that was signed by the General Manager, Shoprite Group of Companies, Carl Erickson, a copy of which was obtained yesterday, said: "We have identified interested Nigerian investors that share in this vision and we will now explore various possibilities of making it a reality."

It stated that the divestment move was to open the business to Nigerian investors.

"The expansion of the food retail business in Nigeria to a greater consumer market should remain everybody's shared vision. It has, however, become apparent that the best manner in which to do this is by engaging Nigerian investors who share in this vision.

"In so doing, we will be creating a truly Nigerian business run and owned by Nigerians for the Nigerian market," it explained.

However, as the news of the divestment plan broke yesterday, the share price of Shoprite Holdings rose by over 11 per cent.

The company had unveiled plans to divest its majority stake from its Nigerian subsidiary, Retail Supermarkets Nigeria Limited, 15 years after it entered the country, in a statement titled: "Operational and Voluntary Trading Update (52 Weeks Ended June 28, 2020), obtained yesterday. The company owns more than 2,800 outlets across Africa.

"Following approaches from various potential investors and in line with our re-evaluation of the group's operating model in Nigeria, the board has decided to initiate a formal process to consider the potential sale of all, or a majority stake, in Retail Supermarkets Nigeria Limited, a subsidiary of Shoprite International Limited.

"As such, Retail Supermarkets Nigeria Limited may be classified as discontinued operation when Shoprite reports its results for the year. Any further updates will be provided to the market at the appropriate time," the company said.

It added that its international supermarkets (excluding Nigeria) contributed 11.6 per cent to the group's sales and reported 1.4 per cent decline in sales from 2018. But the South African operations contributed 78 per cent of overall sales and saw 8.7 per cent rise for the year.

It stated that despite difficult circumstances occasioned by the COVID-19 lockdown and accompanying regulations governing trade, transport and operations, the group increased total sale of merchandise for the 52-week to June 28, 2020 (including the impact of hyperinflation in the prior year), by 6.4 per cent to approximately R156.9 billion.

"The Shoprite group remained committed to meeting the demands of our customers, whilst focusing on value and remaining solution-oriented. This was evidenced, inter alia, by our digital voucher innovation, ongoing private label development and the conversation of our Checkers Food Services (CFS) business to include a consumer-facing offering.

"In addition, the rapid scaling of our innovative Checkers Sisty60 digital shopping application, which after a test phase introduction in November 2019, was operational from 87 stores nationwide by June 2020," it added.

According to the company, as a group, its initiatives pertaining to inventory and capital management began early in its financial year and carried on unabated despite the nationwide lockdown, adding that from a liquidity management standpoint, the group has "managed to meaningfully improve the financial position since reporting in February 2020 on our first-half results."

Shoprite launched its business in Nigeria in December 2005 and has expanded its stores across the country, employing more than 2,000 people, many of whom are Nigerian.

It operates about 20 outlets in no fewer than 14 states and the Federal Capital Territory (FCT) in Nigeria.

The Organised Private Sector (OPS) has, however, described the plan by South Africa's supermarket retailer to divest from the country as a reflection of the Nigerian business environment.

The Nigeria Employers' Consultative Association (NECA) and the Lagos Chamber of Commerce and Industry (LCCI) said the decision by the multinational retail outfit was a reflection of the state of the business environment in the country.

Reacting to the announcement, the Director-General of NECA, Mr. Timothy Olawale, told THISDAY that he had spoken to the managing director of Shoprite in Nigeria and was told that the multinational retail outfit was not pulling out its investment in the country completely.

The move, he said, was to encourage local investment and partnership in Nigeria.

However, he added that for the company to make this move "is an indication of the state of the operating business environment in the country."

According to Olawale, if the operating environment were right, the company would not think of divestment.

The Director-General of the LCCI, Dr. Muda Yusuf, said: "This should be of concern because of the signaling effect on investors.

"We need to interrogate this development in more details in order to gain deeper insights into the factors that led to the decision to exit the Nigerian market."

An official of the Manufacturers Association of Nigeria (MAN), who did not want his name in the print said: "It could not really be because of harsh business environment, but because of the influx of shopping malls with cheaper and better products.

"Shoprite has been in the country since 2005 and you recall there was a time that its malls were experiencing long queues. It is no longer so today," he stated.