Kenya: Why Neighbours Tanzania, Kenya Must Learn to Get On Well Together 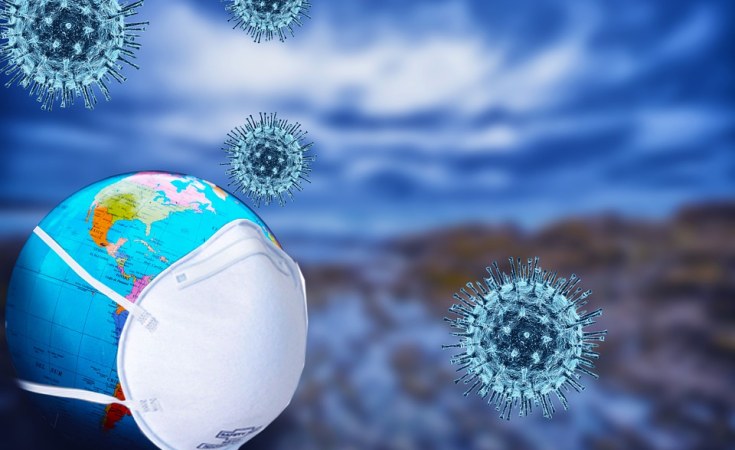 Sanity must prevail in the ongoing tit-for-tat actions that threaten relations between 'natural' neighbours Kenya and Tanzania. Come to think of it, there really are a bazillion reasons why the two countries need each other - despite what ill-bred average politicians will tell you.

We have to admit our erring ways. But, we also have to be able, willing and ready to tell the truth always. Unabashed truth is to be found in the wisdom of the words uttered in the 1990s by the Tanzania President of the day, the late Benjamin Mkapa.

President Mkapa (1995-2005) is quoted to have said something to the effect that "they know not what they're doing..."

Indeed, your average politicians who fulminate against "uncouth Kenyans" and "backward Tanzanians" do not really know what they are saying.

To paraphrase a prolific UK-based historian Stephen 'Steve' Osieyo (@Steveosieyo | Twitter), the seeds of this chasm between Tanzania and Kenya were planted by the British Administration in Tanganyika (1919-1961).

The late President Mkapa believed in a united Africa, and an East African federation. Going back to his days as Foreign Affairs minister (1977-1980; and 1984-1990) Mr. Mkapa fought the tide of negativity that was led at the time by Kenya's Attorney General Charles Njonjo.

Media reports Tanzania's economy is awful: Is this gospel truth, or a dose of fake news?

The 2020 elections and servant role among leaders in Tanzania

Fast-forward to the year 2020 - and little has changed.

The thing is: our politics in this day and age are based on the principles of winner-takes-all, and propaganda takes precedence over the time-tested give-and-take...

There is no doubt in my mind that there can be no prosperous Tanzania without an equally prosperous Kenya next-door. This message needs to be spread far and wide for all to know.

Kenya and Tanzania share the water body which the Brits called Lake Victoria, but which the Luo people living around it have always known it as Nam Lolwe: Dholuo dialect for 'endless water...'

With the larger part of the lake in Tanzania than in Kenya, Lake Victoria is a source of livelihood for millions of Kenyans, Tanzanians and Ugandans - to say nothing of the countries down River Nile, including South Sudan, Sudan and Egypt.

It is in our best interests not to destroy water catchment areas that feed Lake Victoria. This is especially considering the millions of people, as well as the flora and fauna that benefit from the waters of the feeder rivers/streams, the lake itself, the outflows down the Nile, etc., etc.

Kenya had good times as a British East Africa Protectorate (1895-1920) and British Colony (1920-1963). For its part, Tanzania formally started out as Deutsch Ostafrika (German East Africa, including the-then Ruanda-Urundi) in the late 1880s.

After the Great (First World) War (1914-18), the League of Nations mandated the-then Tanganyika Territory to UK. And, following the Second World War (1939-45), the United Nations entrusted the Territory to Britain for administration.

Oh, it is a long story... But the Kenya/Tanzania ties are historical and historic. Both were mostly under the same Administrator, Britain. While Kenya as a Colony, Tanganyika was mandated to Britain by the League of Nations before the UN finally entrusted it to the very same British!

So, there's no good reason at all why relations between the two independent Republics - which share a 1,000km-long common border - should be at each other's throats today.

The Tanzania/Kenya border is a political buffer that virtually separates hundreds of thousands of people who share common languages and customs/traditions.

Is it only politics and politicking that divide us? Are politicians doing this because it is 'personally expedient?'

Let's face it: there is nothing that a villager from Lupaso in Masasi District needs that is not also good for his fellow tribesman in God Kwer in Migori, Kenya.

But some of our politicians seem to enjoy the divide-and-rule modality of encouraging dissent among people so that they don't unite and form formidable opposition.

Sorry to say this, but most of our politicians invariably seek to 'win' elections by hook or by crook, come hell or high water. Pardon for telling it like it is: the truth, the whole truth - and nothing but the truth.

Previous Story
Tagged:
Copyright © 2020 The Citizen. All rights reserved. Distributed by AllAfrica Global Media (allAfrica.com). To contact the copyright holder directly for corrections — or for permission to republish or make other authorized use of this material, click here.