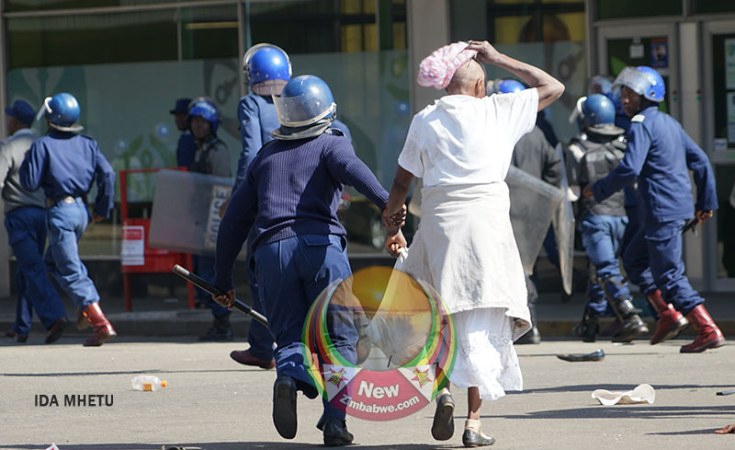 The calls, especially on social media, increased on Monday with a hashtag #Zimbabwenlivesmatter attracting commentary from the region's influential leaders.

Several top opposition leaders, musicians and actors in South Africa and general citizens of SADC member countries have flooded Twitter to voice their concerns over the stifling of opposition voices in Zimbabwe and flagrant violation of human rights.

In South Africa, Economic Freedom Fighters leader Julius Malema made the most stringent call, urging the closure of Zimbabwe's embassy in South Africa, which would mean cutting of diplomatic ties between the two countries.

In a tweet, Malema said: "We call for the removal of the Zimbabwean Embassy in SA until they restore the human rights in that country.

"Failure to do so, we will prevent any official from the Zimbabwean government from participating in any gathering in SA until they respect ordinary Zimbabweans."

Former Liberian president, Ellen Johnson Sirleaf also tweeted: "Fadzayi, Tsitsi, Julie, Terrence, Loveridge, and all the others in Zimbabwe's protest may God give you strength and courage in your pursuit of freedom. #ZimbabweanLivesMatter."

Ordinary Zimbabweans have also turned to Malawian President, Dr Lazarus Chakwera urging him to bring the human rights situation to the attention of other SADC leaders.

Chakwera is seen as a beacon of hope following his successful campaign that saw him beat incumbent Peter Muthariki in June in a rerun election that had been ordered by the Constitutional Court after nullification of last year's vote.

A person who identified himself as Simba made a stark plea to Chakwera posting: "Mr President please talk to your counterparts in SADC and deal with @edmnangagwa and Zimbabwe situation. We need your assistance Mr President. We are being oppressed in Zimbabwe ... and the silence of the leaders is deafening".

A panicky Zanu PF Government used intimidation and threats of violence by security forces to quell the 31 July anti-corruption protest which they however claimed where intended to remove the Government.

The intimidation began with the arrest of highly respected journalist Hopewell Chin'ono and opposition leader Jacob Ngarivhume, who were both denied bail.

A 6pm-6am curfew was also imposed under the guise of implementing the lockdown following a surge in corona virus cases.