Uganda: Trickster or Survivor? the Rise of the Muyaaye in Uganda 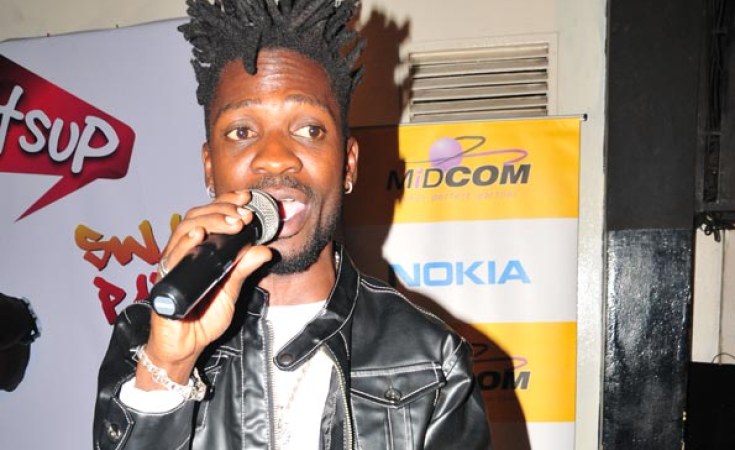 Presidential hopeful Bobi Wine is seen as one. So are many hustlers, thieves and thugs-for-hire. But what is a muyaaye?

"Eh!, I remember in '96 / They called us bayaaye from Kamwokya / They said we stayed in the ghetto / In ramshackle houses / That we are failures / They say me come from a poor family / They don't know ghetto life is the best" - Bobi Wine, Mazzi Mawanvu, 2008

Dan Escobar sits in pair of ragged jeans beside a line of clothes drying in the sun. This young man, clutching a bottle of gin in his hand, is the Assistant Inspector General of Police in the Kawempe Republic. Except that he is not really a policeman. Kawempe is not really a republic. And Dan Escobar is not really his name.

In this area of Kampala, where wooden planks balance over drainage ditches amid tightly packed houses, a little imagination goes a long way. Sometimes to the extent it starts to create its own reality.

The young men, like Escobar, that make up the "Kawempe Republic" - named after this division of Uganda's capital - have appointed their own president and cabinet. They have issued press statements and tussled with police. They've been hired by politicians to stage protests and by landlords to help with evictions.

"If you want revenge against anyone who has annoyed you, you can call me and I beat them up," says Escobar, a former thief who used to snatch phones in traffic jams.

Many Ugandans would call Escobar a muyaaye. In its narrowest sense, the word refers to a thief, a trickster. More broadly, it connotes a style, a manner of speech and dress associated with particularly male urban youth.

"When people see you smoking drugs, dressing with loose trousers, cutting some hair styles, they say you are a muyaaye, even when you are not," explains Escobar, who named himself after a notorious Colombian drug lord.

The category of muyaaye sits at the intersection of widening social fissures in Uganda. It marks off the city from the village, the poor from the rich, the young from the old. It haunts the nightmares of elites cocooned in their hilltop compounds. And although not expressly political, it has been given new resonance by Bobi Wine, the popstar-turned-politician who is seen as the embodiment of a muyaaye made good.

"Muyaaye is supposed to mean a bad thing, but it has all changed," says Nubian Li, Wine's closest musical collaborator. "It's swag. [It] means you're sharp."

In Kamwokya, the rough and ready neighbourhood where Wine grew up, a young man offers his own definition. A muyaaye, he says, is "a ghetto survivor".

Whatever the definition, most would agree that the muyaaye is on the up in the Uganda.

Word on the street

The origins of the word are disputed. Some say muyaaye (plural: bayaaye) derives from mayai, the Swahili word for eggs, and believe it was used to describe the children who sell hard-boiled eggs from buckets hoisted on their shoulders. Others link it to njaaye, a Luganda word for marijuana. In a few other Bantu languages, similar-sounding words denote undisciplined youth.

It is not just the word muyaaye itself that is linguistically interesting, however. There is also luyaaye: literally the language of the bayaaye. This tongue, spoken by many urban youth, can be traced all the way back to the military rule of Idi Amin in the 1970s.

"When Amin took over power, the society was divided into two: the hunters and the hunted," says Saudah Namyalo, a linguist at Makerere University. "The only way the hunted had to hide from the hunters was to use a code."

Young men on the margins of the black-market economy developed a playful version of Luganda, the dominant language in the country's central region, mixing in words from English, Swahili and Sheng, a Kenyan street slang.

"[Luyaaye] began more or less as a social code but later evolved into what linguists might call an 'anti-language', a language which was in opposition to the existing language," says Namyalo.

The lingo is full of euphemistic phrases such as chali waffe bamusindise ku university ("our friend was sent to university"), which describes someone being sentenced to jail. It contains several terms to signify the smoking of marijuana, from okugendako e Juba ("to go to Juba") to okwebikka blanket ("to cover yourself with a blanket").

Luyaaye is also a language of brotherhood. Chali means "friend", from the English name Charlie. Bulaadi means mate or companion, as "blud" does in some forms of English slang. Taano wange ("my five") signifies a close comrade, because the gesture for the number five in Uganda is to make a fist.

By using luyaaye, a muyaaye signals that he is neither a village naïf nor an uptown snob. But a muyaaye also reveals his identity by the way he dresses, walks and eats. Stereotypically he lives off kikomando, a cheap street snack of beans and chapatti, so called because it is a food of survival like the rations given to commandos.

"When you're a muyaaye you can't sleep hungry," explains Bushman Papa Ashante, a singer and community worker.

"You'll find someone eating and you'll say: eh! my brother!" he says, stretching out his hand to dip into an imaginary bowl. "You start eating their food, then after, you start talking." By contrast, he explains, a newcomer from the village will be too polite to take from another's plate. "That one will die hungry in the ghetto," he says.

Some also distinguish a muyaaye by how he makes money. A country boy, they say, will come to the city and work as a security guard, shivering through long nights outside a rich man's gate. A muyaaye lives off his wits. He might rear puppy dogs and sell them to the bazungu, the white people. Or his silver tongue might make him a good salesman for a downtown trader.

Justine Nakalema, a young woman in Katanga slum, is one such hustler. For a fee of 30,000-50,000 shillings ($8-13) she gives fake testimony in Pentecostal churches for which she is coached by pastors and their assistants. At other times she sells marijuana, which has earned her several spells in prison.

Women who adopt the lifestyle of a muyaaye are being doubly transgressive, departing not only from conventional norms of propriety but of femininity. "Even women can be bayaaye," says Nakalema softly, "but people who categorise them say they are like men."

Typically, calling someone a muyaaye has been seen as a sweeping insult, laced with class contempt. Those who see themselves as respectable, for instance, often describe the touts, porters and dealers who circulate on the fringes of urban society as untrustworthy bayaaye.

"If you don't have money they call you a muyaaye," says Aggrey Ngabirano, who owns a hardware store in Kamwokya. "It's a humiliating word."

However, more recently, the rise of Bobi Wine has given this identity a political edge. He shot to fame as the archetypal muyaaye: a dreadlocked, weed-smoking, trash-talking boy from the ghetto. But his music recast the slum as a place of talent and perseverance. He built a nice house on the edge of town, married a well-to-do woman, and trimmed his hair. In 2017, he won a seat in parliament and is now planning to run for the presidency. He styles himself as an emissary from the ghetto to the world of bourgeois respectability, expressing, in the words of one of his songs, "exactly what's on the poor man's mind".

It is a difficult path to tread. Nabageye Kakande, a businesswoman, campaigns for Wine's People Power movement in the poor neighbourhood of Katwe. She recounts a conversation with a supporter of the ruling National Resistance Movement. "How can you vote for a muyaaye?" he asked, referring to the singer's dreadlocked past.

The man was "tarnishing the name of Bobi Wine", she fumes from beneath her red beret. She told him not to judge by appearances: "Muyaaye is not in the hair, muyaaye is in the heart."

In some circles, the word has actively positive connotations. Describing a friend as a muyaaye can suggest street smarts, restless creativity and edgy cool. "Today when you talk of a muyaaye it means someone who is trendy, someone who moves with the modernity," says Namyalo, the linguist.

This change in perceptions is fuelled partly by the use of ghetto slang in music, advertising, talk shows and even political speeches. "It's the only way you're going to get the youth to listen to you," says Abby Mukiibi, an actor and radio presenter. He argues that luyaaye is gradually becoming a marker of age rather than class, adopted by young people from all social strata.

According to Bobi Wine

And what does the word muyaaye mean to Wine himself? "It's like a rascal or ghetto boy," he told African Arguments in an interview back in 2018. "Here in Uganda our society is divided in classes. There is the first class, the upper class, and the normal class, the ordinary people... And every lower person is a muyaaye.

"This is how I present myself: this young man, I come from the ghetto, I've gone through it. Yes, I've slept on the street. Yes, I've smoked weed. Yes, I've fought in the discos. That was me growing up. Here I am having learned through all that. I don't want my son to go through that."

Uganda is a society composed largely of farmers and herdsmen but that is now hurtling into an urban future. That transformation that will reorder social life, culture and politics. And as Wine's rise shows, the day is soon coming soon when the country will no longer be able to ignore its ghetto kids.

Ruling Party's Violence Points to Volatile 2021 Polls in Uganda
Tagged:
Copyright © 2020 African Arguments. All rights reserved. Distributed by AllAfrica Global Media (allAfrica.com). To contact the copyright holder directly for corrections — or for permission to republish or make other authorized use of this material, click here.