Africa: UK Colonialist Rhodes Has Fallen in His Home Town As Museum Changes Its Name 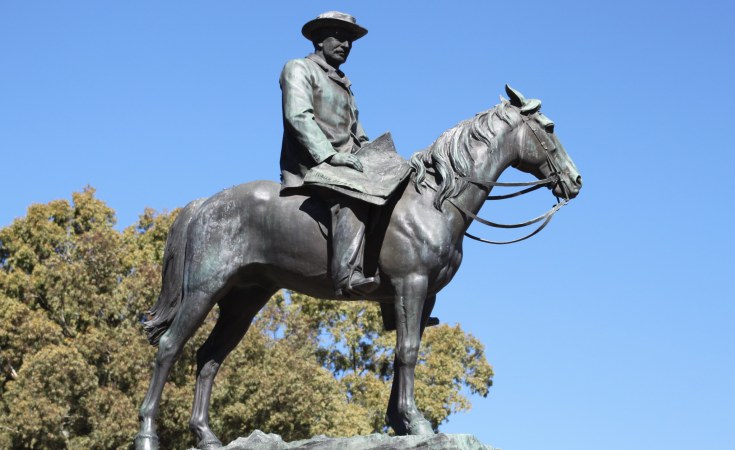 London — A museum and art centre in the house where 19th century British colonialist Cecil Rhodes was born is changing its name after protests from anti-racism campaigners.

The Rhodes Art Complex will become South Mill Arts on Aug. 24, following calls to stop glorifying an imperialist who annexed swathes of southern Africa as part of the British empire and paved the way for racial segregation in South Africa.

"The trust originally indicated that it would consult the local community about a new name," said a statement by the Rhodes Birthplace Trust, which runs the centre in Bishop's Stortford, some 30 miles (48km) northeast of London.

"The lively debate in the press, on social media and in unsolicited emails to the complex has more than adequately expressed the community's views and the trustees now feel that such a consultation is not necessary."

The trust said it is also changing its name to Bishop's Stortford Museum and Arts Charitable Incorporated Organisation.

A wave of anti-racism protests sweeping across the United States and Europe has reignited a debate about statues and buildings glorifying Britain's imperialist past, which many people see as offensive in today's multi-ethnic society.

The Rhodes Art Complex is one of more than 100 statues and venues targeted by Topple The Racists, a crowd-sourced map of monuments and buildings in Britain that the website says "celebrate slavery and racism".

The trust's chairwoman, Deirdre Glasgow, said in a statement that it would not "participate in any attempt to eradicate Cecil Rhodes from our history" but would provide visitors with evidence and facts to discover the truth for themselves.

The arts complex includes a theatre, cinema, studio for dance and fitness classes, and the museum in Netteswell House, where Rhodes was born in 1834.

"We are joyful the arts centre, something we should feel proud of in the community, will no longer be tarnished by the name of Cecil Rhodes," said Stortford Against Rhodes, a group of local residents who pushed for the arts centre's name change.

"We, as anti-racists, must educate the future generations to be anti-racist too and that includes the crimes of Cecil Rhodes and other colonialists and we hope the centre will be able to be a part of this."

(Reporting by Amber Milne; Editing by Katy Migiro. The Thomson Reuters Foundation is the charitable arm of Thomson Reuters, and covers the lives of people around the world who struggle to live freely or fairly. Visit http://news.trust.org)