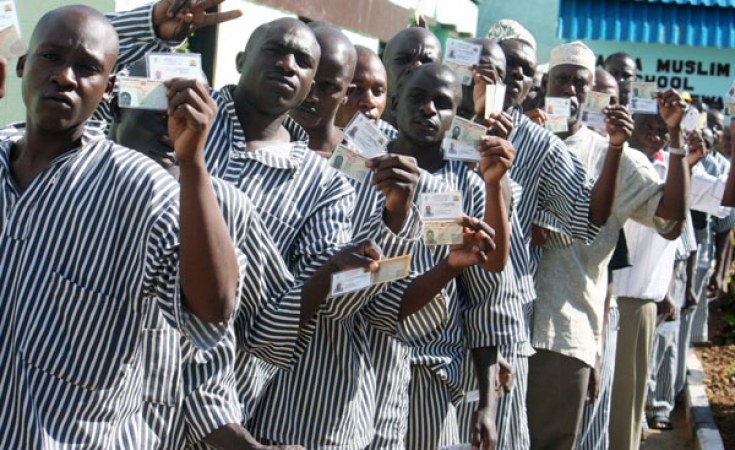 Health officials are grappling with Covid-19 containment measures in congested prisons across the country with the effects of infections in the correctional facilities spiralling to courts.

Court proceedings have been disrupted in various parts of the country as the Covid-19 situation gets worse in most counties.

In Migori County, health officials have blamed the rise in Covid-19 cases to congestion in correctional facilities, with 96 infections having been reported at the Migori GK Prison.

The Nyanza Regional Prisons Commander Hassan Bugu says they have set aside quarantine and isolation blocks across the region in Migori, Kisii and Kisumu as part of measures to curb the spread of Covid-19.

At the Kakamega Law Courts, criminal proceedings have been suspended for 14 days after prosecutors and staff at the Western region Office of the Director of Public Prosecutions tested positive for Covid-19.

Senior Assistant Director of Public Prosecutions Patrick Gumo, who is the western region coordinator, said staff at the Kakamega County office, including the prosecution counsel had been tested for coronavirus and found to be positive.

"In view of the above and in line with the MoH guidelines, all our staff at the county office are advised to stay under self-quarantine for a period of 14 days starting August 6, 2020. As a result, criminal proceedings at Kakamega Law Courts will be disrupted during that period due to unavailability of prosecutors. We regret the inconvenience," said Mr Gumo.

Kakamega Law Society of Kenya Chairperson Maureen Odeck said the news came as surprise to lawyers in the region.

"We are surprised and pray for our colleagues in the prosecution to get well soon," said Ms Odeck.

Reports indicate that the prosecutors could have been infected with Covid-19 after they came in contact with suspects during criminal proceedings in court.

"We are informed that the remandees had been brought to court within the set 24-hour period and that could have exposed them to the infection. This is quite unfortunate and we hope proper measures will enhance protection for all those attending court sessions," said Ms Odeck.

Last weekend, according to Dr Oluoch, three suspects who were being held at Awendo Police Station tested positive for Covid 19, sending the county back to the drawing board.

"The current scenario witnessed in the county is a culmination of several factors among them congestion at the correctional facilities and local transmissions," Dr Oluoch said.

"Our main challenge is containing local transmissions in police cells and the prisons, which is currently posing a big threat to the fight against the virus," he said.

Dr Oluoch, who ruled out the possibility of cross-border transmissions, noted that all the cases witnessed in the recent past originated from within the county.

"Initially, porosity of the Kenyan border with Tanzania was an issue but currently, there is even a bigger headache of managing inmates at our correctional facilities which are really congested," she said.

The Nyanza prisons boss said that they have set aside quarantine and isolation blocks across the region in Migori, Kisii and Kisumu as measure to curb the spread of Covid-19.

"Those whom we are receiving are remandees who have courts cases. Once we admit them, we put them in quarantine for 14 days and then we test them," he said.

Those who test negative are put in quarantine for a further seven days admission into the general cells.

"Of course, for those who test positive, we refer them to the county surveillance team where they are admitted in hospitals such as Jaramogi Oginga Odinga Teaching and Referral Hospital. But so far we have not recorded any cases from Kisumu," he said.

In Homa Bay, a quarantine centre has been established at the main prison to protect serving inmates from contracting Covid-19 from new inmates who are required to stay at the centre for at least two weeks before they are admitted to the prison.

County Prisons Commander Beverlyne Lungatso said new inmates must undergo Covid-19 test which must be negative before they join the rest of the prisoners.

These are some of the measures put in place by the Prisons Department to minimise infections.

The institution has also adjusted how suspects in remand are taken to court to minimise chances of contracting the virus.

"We have stopped police from coming to the prison. We want to limit the number of people getting into the facility," she said.

At the court, inmates are supposed to stay in the prison van until they are called in by the magistrate.

They are required to sanitise their hands before boarding the vehicle back to the prison.

Several hand washing and sanitising materials have been put in most corners of the prisons to protect inmates.

"Anyone getting in the prison must have his temperature checked. We have also put foot bath at the gate as a precautionary measure just in case the virus may be transmitted by shoes," Ms Lungatso told Nation.

Similar measures are being applied at the Homa Bay Police Station.

In Siaya, operations at the Bondo Law Courts have been affected after five police officers tested positive for the coronavirus. This comes a week after the Bondo OCPD died of the virus.

Three of them are from Bondo Police Station while two are from Rarieda Sub-County. The cases were picked in a targeted testing following the OCPD's death.