Cameroon: 'Everybody Is a Stakeholder for Peaces'

What are the strategies put in place to attract separatists to drop their arms and join the NDDRC Centres?

When we started in December 2018, we had just two trainees. By the time the Prime Minister visited us in the centre, slightly one year ago, we were less than 50. So, the strategies are those that have been put in place right from the beginning. The first one is sensitization which we rely very much on our partners of the media. When we talk about the fighters, they are not grouped in one place but scattered all over the Anglophone Regions of our country. We also work with Religious Authorities and Traditional Rulers to carry out the message of sensitization to the people. I don't know anybody who does not like peace. We are essentially instrument towards contributing in the reduction or complete cessation of hostilities so that we can have a progressive return to normalcy and achieve peace. So the action, sensitization, explanation of the general public is something that we rely on the entire public. This is because everybody is a stakeholder in the search of peace.

Which are the skills that this Centre provides to trainees?

Our centre offers activities in diverse domain. But we have been able to carry activities in four man domains. We have driving which generally attracts the highest number of the trainees. This workshop for the past month has not function smoothly due to Coronavirus pandemic. We also have agriculture where we focus on short cycle crops which are in high demand. We produce tomatoes, vegetables, green beans, pepper and cabbages. We target the tourism sector with our farm produce and we also consume some at the centre. We also have livestock which has two principal activities which are poultry farming and piggery. For the poultry farm is fallow but the piggery has expanded tremendously. We have over 20 to our credit but we started with just two and they have been multiplying. We have computer workshops. In the days ahead we are going to revive the Barbing and Tailoring Workshops which had operated for some time but we did not have enough trainees there. So we have six functional activities.

Upon graduating from the NDDRC Cenre in Buea, what will the trainees be doing in the society?

Upon graduation, they go back to the society. That is the meaning of reintegration. They come back to national life. Reintegration must not be understood or misinterpreted to mean that everybody must be given formal employment. There are trainees who have approached me saying that they are not expecting to get formal employment. That the activities they were doing before or the skills they have acquired at the centre are what they will like to continue doing. That they need financial and/or material from the State to set up their own ventures. We have trainees who were in form five but did not take the official examination. Some of them have expressed the desire to go back to school and we are working on that. This is a form of reintegration too. 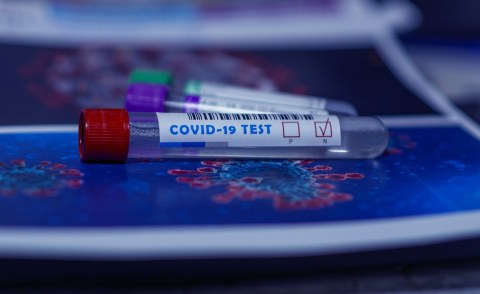 Women, Girls at Nigeria’s Displaced, Refugee Camps Abused 'Daily'
Tagged:
Copyright © 2020 Cameroon Tribune. All rights reserved. Distributed by AllAfrica Global Media (allAfrica.com). To contact the copyright holder directly for corrections — or for permission to republish or make other authorized use of this material, click here.