Zimbabwe: Charamba Freaks Out Over 'Racist' U.S. Sanctions On Tagwirei 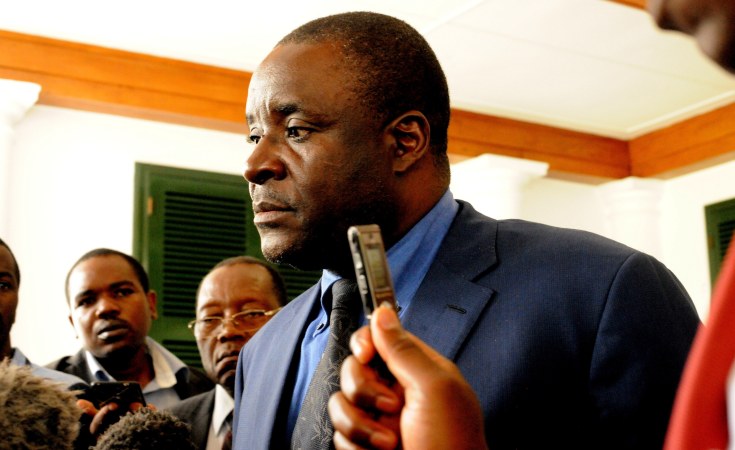 Presidential spokesman George Charamba has accused the US government of racism after the superpower Tuesday slapped targeted sanctions on fuel mogul Kuda Tagwirei for allegedly propping up a corrupt Zimbabwe regime.

The US also extended sanctions on Tagwirei's Sakunda Holdings Ltd.

"Tagwirei used a combination of opaque business dealings and his ongoing relationship with President Mnangagwa to grow his business empire dramatically and rake in millions of U.S. dollars," the US Treasury said in a statement.

While information secretary Nick Mangwana was more diplomatic in his reaction to the punitive US action, telling state media the sanctions will not affect ongoing re-engagement efforts, Charamba chose the offensive route.

"US SANCTIONS AGAINST SAKUNDA and its owners are clearly intended to disrupt energy supply into and throughout Zimbabwe," he said in the first of a string of messages posted on his official twitter account #Jamwanda2.

"The US Govt has done what previous US Administrations could not do to the illegal Ian Smith regime under UN sanctions!! Therein lies the racist side of the US Govt.

"It's cause has always been racial throughout history. The same act is of course meant to incite the Zimbabwe business sector against Government, while rewarding sections of the same, including the banking sector directly related to activities of US companies inside Zimbabwe.

"For instance, the US govt will not contemplate sanctioning its John Deere or its business associates here, whether by way of local representatives or banking institutions. Meanwhile US tractors exported to Zimbabwe will require fuel to till the very land which triggered US sanctions in the first place."

He argued the sanctions were a calculated move by US to starve Zimbabwe of oil since Sakunda was one of the biggest importers of the vital commodity.

He claimed the US resorted to imposing sanctions after a failed attempt on Mnangagwa's administration on July 31.

Said Charamba, "It is very interesting that the US statement claims CORRUPTION, itself the supposed rallying point of the utterly failed July 31 destabilisation.

"In the wake of that attempted destabilization, officials linked to MDC-run councils were arraigned before Zimbabwean courts on allegations of residential-land related CORRUPTION.

"This kind of corruption, which dragged in some Embassies, makes no impression on the US which now claims it has become the ZACC of Zimbabwe!!! The upside of this is that this disruption of fuel supply lines will get pro-American SANCTIONS DENIALISTS inside Zimbabwe to inventory the impact of those same sanctions they maintain are targeting the elite!! Broadly, the US is making good on its classifying Zimbabwe as an enemy state, alongside Russia, China and Iran," he said.