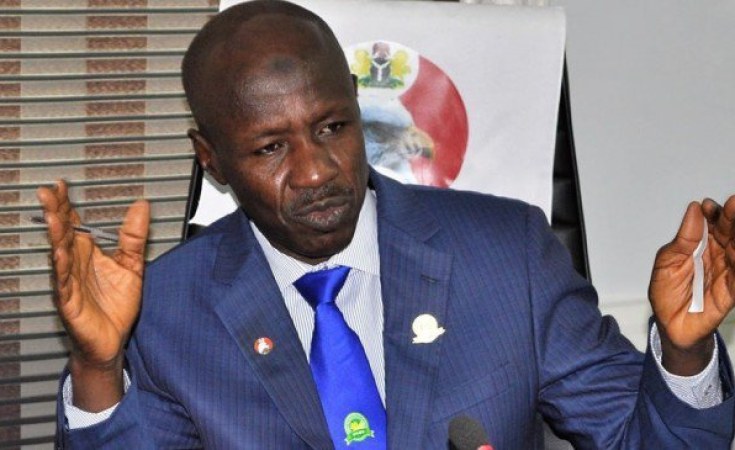 Abuja — President Muhammadu Buhari has approved the establishment of a Judicial Commission of Enquiry to investigate the alleged financial impropriety and mismanagement of recovered assets levelled against the suspended Acting Chairman of the EFCC, Mr Ibrahim Magu.

Magu was accosted on July 6, 2020, in front of the Wuse Office of the EFCC and directed to appear before the Salami-led panel.

Although Buhari's letter approving the judiciary panel was written on July 3, 2020, its terms of reference and allegation against Magu were made available to him on Saturday, August 8.

Multiple sources close to the Presidency also disclosed that the panel has been given 45 days to submit its report within 45 days of its public sitting.

The President named a 7-man panel, which is still headed by the former Appeal Court President,

Other members, who are drawn from across the country are:

It is not certain if the numbers of days already spent by the panel so far would be deemed as part of the 45-day timeline as the panel has been sitting in private, barring journalists from covering its proceedings.