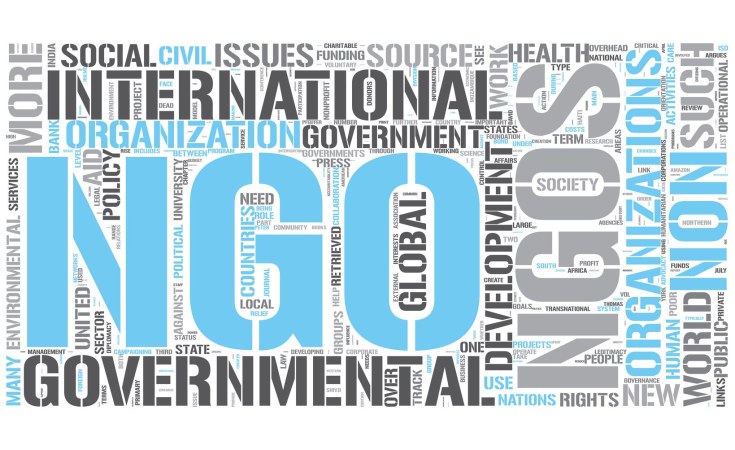 Dar es Salaam — Civil Society Organisations (CSOs) have expressed serious concerns over delayed approval of execution of donor-funded projects, saying the move could tarnish their credibility and that of the country.

This concern stems from the Non-Governmental Organization (NGOs) Act (Amendments) Regulations 2018, which requires contracts or agreements entered by a donor or a person granting funds exceeding Sh20 million to be first submitted to the treasury and to the Registrar of the organisations.

According to the regulation, contracts or agreements should be submitted for approval not later than ten days from the date of striking the deal.

But, leaders of the CSOs said the regulation had been formulated without considering practicability of the process following recent delays in approval.

They said the move could deny Tanzanians access to donor funds, money which is used to implement development projects in various sectors, including; education, health, water as well as monitoring execution of different undertaken activities.

Some members said their projects remain unapproved at the Registrar's office for over three months now, saying bureaucracy should be expected as NGOs could be directed to visit and deliber- ate with other government offices including respective ministries.

Harmonize and Sarah expecting a baby

US issues high risk travel alert for Kenya over COVID-19

The move, according to them, put at stake employment opportunities, revenue collections in terms of Pay As You Earn (PAYE), statutory contributions to social security funds and citizen's purchasing power.

"For instance, accessing funds from the Global Partnership for Education (GPE) which supports governments and CSOs on education matters, write-ups meeting donor's criteria, country and glo- bal obligations such as Sustainable Development Goals (SDGs) have to be considered," he said.

He further elaborated that con- tracts or agreements inked contain implementation framework, whose delay could enter CSOs into serious dispute with donors that could potentially end in legal suits over misuse of disbursed funds.

According to him, the move could destroy the credibility of a respective CSO, that of the country and NGOs, thus denying them future funding opportunities. Another leader of the CSO who asked for anonymity said if figures released by the minister of Community Development, Ummy Mwalimu last year were accurate, then NGOs attracted more foreign exchange than the tourism industry.

He said NGOs employed a significant number of Tanzanians who paid PAYE and statutory contributions to social security funds that could be lost provided on- going delaying trend persists.

"One NGO paid Sh600 million on PAYE last year. What would be the amount for 50 or 100 organizations?" he questioned, saying the country would be denied a lot of money if a significant number of CSO workers are rendered jobless.

He blamed some government leaders over thoughts that project funds could be easily diverted to other issues, saying obligations contained in the contracts and agreements need to be observed and respected.

According to him, whenever such projects are funded by local donors then renegotiations could be possible, noting that, however, external donors could shift funding to other countries, hence denying Tanzanians with external development resources.

Legal and Human Rights Centre (LHRC) executive director Anna Henga, doesn't dispute the laws and regulations that intend to regulate operations of NGOs in the country.

"The quarterly reporting introduced by the amendments of the law and regulation has unnecessarily created multiple reporting that could delay implementation of projects," she said.

She said the ministry of Health and Community Development, the ministry of Finance and Planning and the President's Office Regional Administration and Local Government (PO-RALG) collaboration in overseeing NGOs functions was commendable.

This is because while the ministry of Finance was responsible for monitoring financial flow in the NGOs account, the latter ensured proper execution of projects in order to serve intended development purposes.

However, they are kind-hearted with NGOs over multiple report- ing," she said. Ms Henga was supported by the founder and executive director of the Youth Partnership Country- wide (YPC) Israel Ilunde, who suggested that something should be done to address the issue of multiple reporting.

"Apart from the Registrar and Treasury; the District Councils, Regional Administrative Secretary (RAS) offices as well as offices of the Tanzania Revenue Authority (TRA) have to be distributed with the documents, therefore reducing efficiency of the NGOs," he said.

He suggested the Registrar of NGOs to be responsible with the distribution of reports to other government entities, saying a one- stop centre should be created for all players to be provided with the documents under one roof.

"It is difficult for the registrar's office to handle contracts and agreements approval in case all the 10,000 NGOs file for the same at a go. The law and regulation should further be amended to create good relationships between the two sides instead of one becoming a police of another," he said.

For his part, the Tanzania Human Rights Defenders Coali- tion (THRDC) national coordinator Onesmo Olengurumwa, said despite the good intention of the law and regulation, NGOs will be in serious trouble once put under stern implementations.

"I propose to use Information Communication Technology (ICT) when sending and receiving documents from the Registrar. The treasury should be excluded in overseeing NGOs and leave man- dates to the Registrar," he said