Chad: How Free Is Chad 60 Years After Independence? 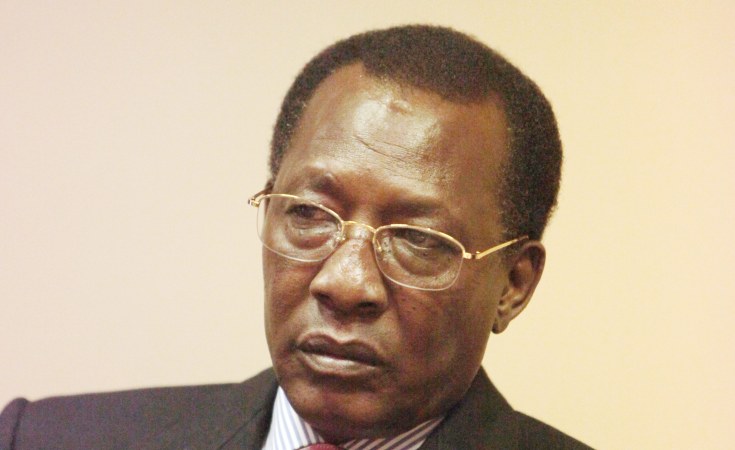 Following the clamor of World War II, France abandoned its former colonial empire, including Chad. 60 years down the road, Chadians say they're suffocating under the rule of President Idris Deby while Paris looks away.

On August 11, 1960 -- just two years after becoming a republic -- Chad got independence from France. At the time, the prime minister, François Tombalbaye, became the first president of a country that quickly descended into a civil war that pitted the Muslims in the north against the majority Christians in the south.

Tombalbaye ruled with an iron fist until his assassination in 1975 which was carried out by members of the Chadian military. Ever since, the Sahel country has neither been peaceful nor witnessed a smooth transition of power.

"There were no ethnic cleavages, until the civil war in 1979. Muslims, Christians, Northerners and Southerners lived in harmony," Eric Topona, a Chadian journalist says.

"Today, Chad is in a state of disrepair." Topona regrets that the notion of general interest has disappeared. "In short, the foundations of the country have been undermined, insecurity and impunity have increased."

After World War II, Africans involved in pro-independence movements put pressure on the colonial masters and reminded them of the promises they had made to secure African support for the war effort.

With the pressure of the United States, the Europeans were obliged to set free their colonies. But France kept its influence and control in Africa, says Avocksouma Djona Atchenemou, professor at the University of N'Djamena.

"The independence was given to us with conditions and it seems we were not prepared," the Chadian historian told DW. "It is France that chooses its agents [leaders of Chad: Editor] and decides how Chad should move forward."

There's a notion that whoever wants to run for president in any former French colonies should seek permission from Paris.

Rich in natural resources, but Chadians live in poverty

Chad produces 1.5 billion barrels of oil -- making it one of the largest oil reserve holders in Africa. Its oil revenues contributes 60% to the national budget. Whereas cotton, cattle, livestock, and gum arabic make a big chunk of Chad's non-oil export earnings.

The services sector -- which has attracted foreign investment mostly through telecommunications and banking -- contributes less than one-third of the country's GDP.

However, according to the World Bank, Chad is ranked the last out of 157 countries in the Human Development Index.

40% of the population lives below the poverty line, and more than four million Chadians are unable to have one decent meal a day.

Malnutrition, neonatal death, and famine thrive in a nation endowed with natural resources, says Ndolembai Sadé Njesada, an opposition politician and the vice president of the party "Les Transformateurs".

"Being independent gives a nation the ability to freely govern and guide itself toward prosperity, health, and wealth," Njesada told DW.

"The freedom of assembly, access to internet and electricity, clean water, basic healthcare are among other things that show the true lack of freedom and independence," he added.

A ruler with an iron fist

Critics describe President Idriss Deby Itno as a strongman leading the country with an autocratic style. They accuse him of turning Chad into his backyard.

Observers had expected his rule to last very long -- and he did not disappoint.

He has ruled over a profoundly fragmented nation, with multiple ethnic groups and clans vying for power against each other. Unlike his predecessors, Deby has remained in power for 30 years, thanks mainly to his political cunning and prowess as a military tactician.

His critics say he uses oil revenues to build patronage networks and a crackdown on dissent. "He has done everything possible to eliminate everyone who opposes his regime. He has dismantled the civil society groups," Abdelkérim Yacoub Koundougoumi, a Chadian political activist who lives in exile, told DW.

Koundougoumi, 43, was only 13 when Deby took power in 1990 after deposing the notoriously brutal Hissene Habre in an armed rebellion.

President Deby knows that after three decades of reign, says Njesada; he has nothing new to offer the people of Chad. "This results in frustrations leading to new rebellion groups that forge alliances with neighboring countries to remove him from power."

Military powerhouse in the region

Chad has become a critical military power in the Sahel region and further south, in the Central African Republic (CAR).

It has deployed its soldiers on multiple fronts, including in a heavily-criticized intervention in CAR in 2013, in Mali and in the Lake Chad basin to fight Boko Haram.

President Deby -- a darling of the West -- has been pursuing military diplomacy and gained the trust of Europe in a bid to lead the fight against terrorism in the region.

However, some Chadians view his alliance with the West as an insurance policy for his government that mostly lacks legitimacy back home.

"We have never understood the reasons for these endless wars," Atchenemou said, adding that the regime has excelled in over-communitarianism, sowing division in favor of the minority at the expense of the vast population, which represents 256 ethnic groups.

"I believe that the regime needs instability to justify staying in power."

Since independence --France has intervened more than 50 times militarily in Africa -- Chad being the most consistent target.

French politicians sent troops to protect Chadian dictators between the 60s and 80s.

As an example, France launched Operation Epervier 1986 to protect the regime of Hissène Habré against the aggression of Libyan forces.

The French army never left Chad ever since. Habré was convicted of crimes against humanity in 2016.

Epervier was replaced by today's Operation Barkhane in 2014. There are 5,100 French troops fighting jihadists in the Sahel with their base in Chad's capital N'Djamena.

Most Chadians believe they can stabilize their nation without the help of France. But they also know that it's nearly impossible to get rid of the former colonial master, especially with the current regime in power. "Chad has the potential to become a prosperous and developed nation. The future of Chad is in the hands of Chadians", Njesada said.

Chad Can't Take Glory for Nigeria's War Efforts, Says Military
Tagged:
Copyright © 2020 Deutsche Welle. All rights reserved. Distributed by AllAfrica Global Media (allAfrica.com). To contact the copyright holder directly for corrections — or for permission to republish or make other authorized use of this material, click here.