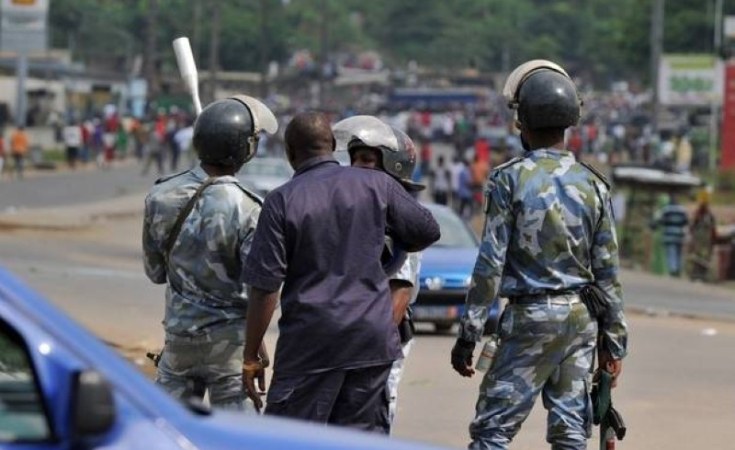 PRESIDENT ALASSANE OUATTARA'S decision to seek a third term in neighboring Ivory Coast should send chills down the spine of everyone within the West African subregion.

OUATTARA, 78, WHO is in the final year of his second term, said last Thursday that he is accepting the ruling party's nomination and will run for a third term in October. "I have decided to respond favorably to the requests of my fellow citizens," Ouattara said in a televised speech. "I am a candidate for the presidential election of Oct. 31," the President said in the week, the francophone nation celebrated its 60th anniversary of independence from France.

THE SAD REALITY is that President Ouattara did not have a backup plan following the sudden death of his handpicked successor, Amadou Gon Coulibaly, who died of a heart attack.

ALREADY, the opposition has been crying foul, declaring that Ouattara's decision contravenes Article 183 of the new Ivorian constitution which does not allow for three consecutive mandates.

IN JULY 2015, former United States President Barack Obama, during a visit to Addis Ababa, Ethiopia threw pointed jabs at the power structures of Africa when he called for long-entrenched leaders to step down, using off-the-cuff remarks about his own political standing and his stature as the first American president with African roots to try to reshape the continent's politics. "I actually think I'm a pretty good president," Mr. Obama told diplomats from across Africa, departing from his prepared text to present himself as a model for giving up power when term limits are reached. "I think if I ran, I could win. There's a lot that I'd like to do to keep America moving. But the law is the law, and no person is above the law, not even the president."

PRESIDENT OBAMA was a popular United States President, who could have actually ran if he wanted to, but the system which has been enshrined in the United States for years, simply does not allow for that to happen.

IN AFRICA HOWEVER, dictatorships are born out of the sad belief of a patronage system that breeds sycophants and steer them into believing that one person who has been in power and on whose backs many are surviving, should remain in power until death.

MOST TIMES, rulers like Ouattara prey on the vulnerabilities of a culture that breeds the worshipping of Presidents to its own detriment.

LIBERIA LEARNED THAT HARD WAY. For 27 years, President William V.S. Tubman ran with an iron fist and everyone believed that no other person was capable of running the country but him.

THIS IS WHY Sub-Saharan Africa remains the home of the world's longest-ruling heads of state, leading to corruption, instability, societal fractures, and economic stagnation.

THE LONG LIST of power-hungry leaders offer a constant reminder of why Africa continues to remain poor at the detriment of leaders obsessed with enriching themselves, their families and their sycophantic followers.

WITH THE EXCEPTION of Rwanda, most of these countries are dirt poor because those in power, obsessed with securing longer terms through constitutional changes and prodded on by their beneficiaries are content with the suffering of their people.

OVER THE PAST FEW YEARS, MORE THAN eighteen heads of state have tried to remain in power by tweaking their countries' constitutions. Among them: Namibian President Sam Nujoma, in 1998, Lansana Conte, president of Guinea, in 2001, and Gnassingbe Eyadema, president of Togo, in 2002.

IN 2002, the Gabonese parliament voted to remove term limits from its constitution, allowing President Omar Bongo to run for a sixth term.

BOTH Dos Santos and former Senegalese President Abdoulaye Wade, tried to argue that they were eligible to run for additional terms because the constitutions containing term limits were passed during their mandates.

IN BURUNDI, Pierre Nkurunziza attempted in 2015, arguing that his first term, which he won in a parliamentary vote rather than a popular one, did not count toward the limit while in Uganda's Museveni paired the elimination of term limits with the introduction of multiparty politics to pass a constitutional amendment in 2005, and his party eliminated the presidential age limit in a 2017 amendment.

IN THE MIDST of all of these manuvers Africa, stands to gain nothing. The West African subregion which has seen its own share of turmoil is itself at risk, especially with the upheavals in Guinea and Ouattara's brewing but risky political play.

IN GUINEA, President Alpha Condé's maneuvers to adopt a new Constitution despite popular opposition are another step toward subverting democratic checks and balances in order to secure a third term as president.

THE REFERENDUM ALONG with legislative elections were boycotted by opponents on the grounds that it was illegitimate, having been authorized only by the President of the National Assembly, a Condé ally, and not the Parliament, as stipulated by the Constitution. Scores of protesters have been killed by police in the run-up to the polls.

PRESIDENT OUTTARA'S decision is not only selfish but puts the region is serious jeopardy of political spillover amongst countries in the subregion.

VOTERS IN MOST of these countries owe it to their futures to reject candidates who continue to take them for granted.

AFRICA WILL CONTINUE to remain enslave if its people allow themselves to be bullied into believing that one group of people have a monopoly on governance.

WHAT MORE can Ouattara offer at 78? What can the 82-year-old Conde do that he hasn't done already?

HAS AFRICA lost its vision, insight or innovation? Have we run out of ideas and belief in ourselves? The more we refuse to emancipate ourselves from mental slavery, in Bob Marley's words, the longer the continue will continue to suffer and remain entrapped in at twilight zone of bad governance, greed and corruption.

Recent Guinean Protest Must Serve As a Deterrent to Liberians