West Africa: To The Attention Of The Members Of The United Nations Security Council On The Political Situation In Guinea-Bissau. 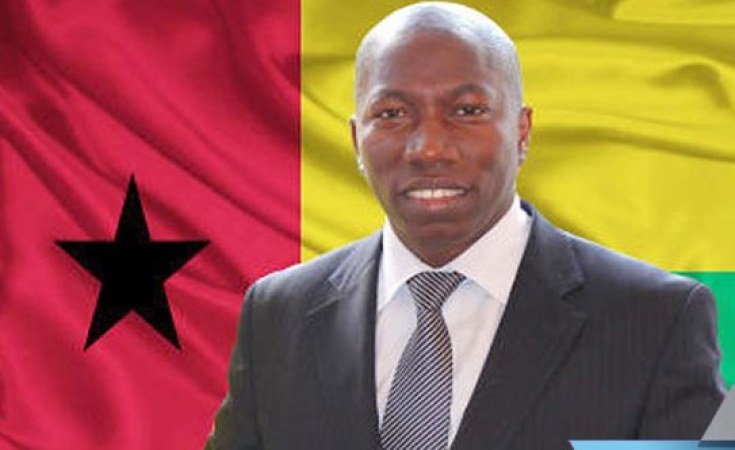 This Memorandum aims to provide certain elements of clarification to better understand the political situationin Guinea-Bissau, following the presidential elections at the end of 2019. The post-electoral crisis which followed was marked by ambiguous and often incoherentpositionsof ECOWAS as well aspositionstaken by the international community which wereessentially aligned with ECOWAS' position.

However, we consider that it is important to make these clarifications in order to enable a better understandingof the political situation in Guinea-Bissau and how it has evolved, as well as the inherent risks in the positionsadopted bythe international community.

Our main observations are as follows:

According toGuinea-Bissau's legal system, the electoral process begins at the Supreme Court, with the filing, assessment and validation of candidacies, and ends at the same Court as soon as an electoral dispute arises.

The electoral dispute started when the candidate Domingos Simões Pereiralodged appeals before the Supreme Court of Justice, following the proclamation of the provisional results of the second round of the presidential elections, concerningirregularities discovered later in the countsin the polling stations, namelyin terms of votecount, as well as the absence of a certain number of regional and national minutes.

The argument of the National Electoral Commission (CNE) was that these minutes were not produced by omission. Therefore, the Supreme Court called for the recount of the votes. The CNE rejected the recount and insisted on checks and verifications ofthe provisional resultsthat hadalreadybeenpublished. However, this procedure has never been in conformity with the decisions of the Supreme Court. On several occasions the Supreme Court has asked the CNE to comply with its decisionto relaunch the process without interruption until the elaborationof the national tabulation report and the proclamation of the provisional results, which the CNE refused to comply with.

When candidate Umaro Sissoko Embaló selfproclaimed himself President of the Republic on February 27, 2020, the electoral dispute was still ongoing. Eversince, the invasion of the facilities of the Supreme Court by soldiers from the army and the threats and persecutions against a number of judges considered hostile to the new regime which imposed itself by force, have made it difficult to conclude the workofthe Supreme Court.

2) The political solution proposed by ECOWAS has not been respected

The ECOWAS'Commission, in its Statementof April 22, 2020 on Guinea-Bissau, recognized Mr. Embaló as the Republic's President, while the electoral dispute was taking its course at the Supreme Court of Justice. In point 7 of the same Statement, ECOWAS asked Mr. Embaló to appoint a new Prime Minister and a new government until May 22, while respecting the results of the legislative elections of March 2019.

Despite the clearinconsistency of this decision, which simply ignored the existence of a government resulting from the legislative elections of March 2019, wonby the PAIGC, and of a parliamentary majority thatalreadyhad its program approvedby theParliament, the PAIGCand the partiesthat formed the majority in Parliamenthave decided to give the proposed political solution a chance, agreeingin this wayto form a new government with all the political forces represented in Parliament.

Unsurprisingly, Mr. Umaro SissokoEmbaló has usedpart of the ECOWAS'Statementthat suited him (his recognition as President of the Republic) and has  decided to take advantage of it to remove the PAIGC from power and, de facto, keep in powerthe governmentof Mr. Nabian, whom he had appointed in violation of the provisions of the Constitution of the Republic and whom he has put in office by force, with the complicity of part of the army, in the presence of the forces of the ECOMIB who were supposedto protecttheState'sinstitutions.

Most shocking, however, was the total indifference of ECOWAS which neglectedits principle of zero tolerance to coups d'état and which, after the May 22 deadline, eclipsed itself from the political scene in Guinea-Bissau and did not do any follow up on the implementationof its Statement.

Obviously, Mr. Embaló took advantage of this lack of firmness on the part of the ECOWAS to enforce his own decisions and, with the army and the security forces under his control, stepped on the occasion, by creating an environment of political violence and insecurity to forge a supposed 'new majority' in Parliament and thus justify maintainingin powerits unconstitutional and illegal government.

The entire process that led to the holding of the plenary session of Parliament on June 29, 2020, for the approval of Nabian'sgovernment'Program, was marred by irregularities, notably in the composition of the Parliament' Office, the resignation of ministers to resume their seats as members of the parliamenton theeve of the plenary session, and their reappointment to ministerial posts the day after the voting session on thegovernment'sprogram, the process of substitution of the members of parliament, etc.

It was therefore by force, repression and violation of the laws, orchestrated by the new authorities, supported by the army, that this supposed "new majority" was born. Recognizing it, ignoring this environment of ostensible hostility against the winners of the legislative elections, who have become political opponents by the law of force, is difficult to understand. We even wonder what was the use of the legislative elections if the winners are driven out by the force of weaponsand, suddenly, the parliamentary recomposition is done on the threat of weapons? What is the use oflegislative elections if Mr. Embaló threatens to dissolve the Parliament if the political coalition which supports him does not manage to pass his Program inParliament? That is, if the PAIGC and its allies prove to have a majority in Parliament, it will be dissolved.

3) Military interference in politics is undeniable

The highlight of this new political scenario is once again the interference of the army in political affairs, after an eight-year erasure, following the coup d'etat of April 2012. The behavior of the army in recent years has mainly beenRepublican. Nonetheless, in at least a surprising turning point, elements of the military hierarchy, some of which are still subject to United Nations sanctions, have decided to join in the political game and support Mr. Embaló.

In fact, it is with the support of the militaryforcesthat Umaro Sissoko Embaló selfproclaimed himself President of the Republic on February 27, 2020, in a ceremony that he himself called "symbolic". The events of February 27, 2020 were in reality a coup d'état, perpetrated in the daylight, which counted with the decisive intervention of a fringe of the army and a complacent gaze of a regional interventionforce,whose mandate is to preserve peace and protect State's institutions. A coupd'étatthat aimed to put an end to an electoral dispute being analysedbythe Supreme Court of Justice, but thatin fact, aimed to cover up more obscure objectives.

It was the military and security forces who invadedpublic institutions, ousted members of the legitimate government of Mr. Gomes, and installedby forceNabian'sgovernment, who was appointed in violation of Constitutional provisions. Theself-proclamation of the candidate Umaro Sissoko Embalówasfollowed by the occupation of the Presidential Palace; threats against the organsofState positions' holders, in particular the Prime Minister and Head of the legal and legitimate Government, as well as judges of the Supreme Court of Justice, among others.

4) The fundamental rights of citizens are systematically violated

Mr. Embaló's powerwas conquered by force,and itis exercised by force and violence. Citizens are attacked; members of the parliamentare kidnapped and attacked; former PAIGC'sgovernment members persecuted and their life and physical integrityare putin danger; lawsuitsare being forged against former members of the government; freedom of expression is violated; Supreme Court'sjudgesare publicly insulted and threatened by Sissoko Embaló, who is clearly putting pressure on the Supreme Court to validate his coupd'état.

The Prime Minister Aristides Gomesis currently protected at the United Nation'sbuilding, given that the new authorities are determined to arrest him at all costs.In short, we are faced with a power based on repression and the use of force and which offers no prospect for the consolidation of peace and political stability.We believe that in the current scenario, it will soon be impossible to exercise the right to opposition, particularlyon the part of the PAIGC, which has clearly become the target to destroy.

It is now visible the massive resumption of drug trafficking in Guinea-Bissau, which has already beendenounced by a certainnumber ofcountries and international organizations, and the reasonis the association of certain elements of this putschist regime with this criminal drift. People suspected of belonging to the world of drug trafficking, who had left Guinea-Bissau when the government of Mr Gomes was carrying out serious work against drug trafficking, have now returned and are freely walking again in Bissau, and evensome whohadbeen convicted by the courts, nowenjoy complete freedom, protected by the new authorities.

The recognition of aself-proclaimed President and of a government installed by force by this same self-proclaimed President is contrary to the cardinal principles which are governed by the rule of law and risks plunging Guinea-Bissau back into political instability, in the like of the years 2015-2019 under the former President of the Republic José Mário Vaz, with unforeseeable consequences.

The PAIGC and its candidate Domingos Simões Pereira have resorted to democratic means, and nothing but democratic means, enshrined in the Constitution and the laws to assert their right. The sole objective of this fight is to ensure that electoral justice prevails,as well asto restore constitutional legality. We cannot agree with the position of part of the international community vis-à-vis the political dynamics in Guinea-Bissau, which condones a coup, which recognizes a government imposed by force, or thatignores the crimes of this regime linked to drug trafficking and international terrorism. The international community maytake whatever position it wishes, but it is our duty to draw its attention to the risks associated with legitimizing a perilous political and securitysituation and its consequences. Today, the future of Guinea-Bissau is seriously put into question.