Uganda: Besigye Out of 2021 Election Race 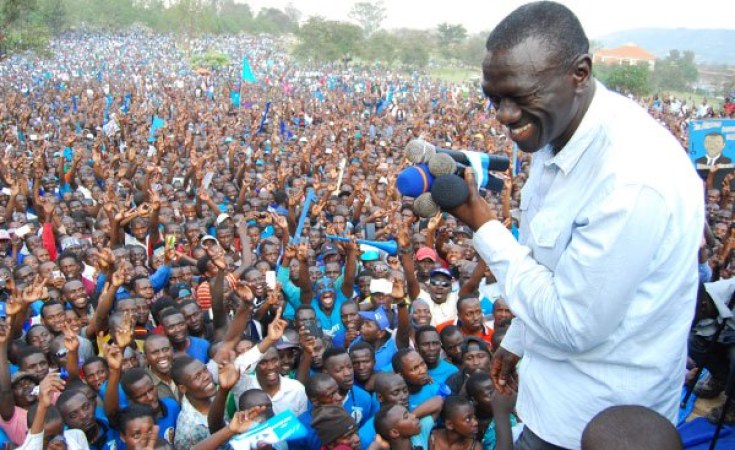 The Forum for Democratic Change (FDC) is at crossroads after the party’s founding president and four-time presidential candidate, Kizza Besigye, flatly turned down their plea to carry the party’s flag again in the 2021 General Election.
Dr Besigye, who has challenged President Museveni for the country’s presidency in the last four elections since 2001, has on each occasion accused the President of rigging the elections.

He has gone to the Supreme Court two times in 2001 and 2006 and on both occasions the judges unanimously confirmed there was widespread rigging but on a split decision of 5:2 and 4:3 respectively, the majority judges ruled that the vote stealing was not substantial as to reverse the final result. Dr Besigye’s decision to not contest in the 2021 presidential race has left the FDC looking for who will carry the party’s flag.

The party has already twice postponed nominations of its presidential aspirants with the hope that Dr Besigye would change his mind and pick the nomination forms.

Appearing on NTV’s On the Spot political talk show last week, Dr Besigye refused to answer the question on whether he would contest in 2021. He insisted several times that it was a wrong question. He said no election will remove President Museveni.

“We do not need an election in order to get freedom. The strategy must be to prepare ourselves to fight for our country with or without an election,” said Dr Besigye, a former fighter and Mr Museveni’s personal physician during the1981-86 Bush War that brought the National Resistance Movement (NRM) to power.

Daily Monitor was unable to reach Dr Besigye yesterday, but his personal assistant, Mr Ronald Muhinda, was categorical on his boss’ position on the 2021 presidential bid.

During the NTV talk show Dr Besigye described the next year’s presidential race as a futile undertaking.
“You see, this question that has gripped the country of my candidature and candidates is engineered by some interests.

It’s an agenda by some people, not my agenda. Many people want to conscript me into an agenda to look for candidates. Candidates for what? The reason I am saying it’s a wrong question is that the political challenge of Uganda is not getting a president; this country should not be fighting to get a president,” Dr Besigye said.

The retired colonel added: “A country that is looking for a president is a country where its people have the power to choose one.
This country has never said ‘we are changing a president and the president changes. Has it ever happened? “So, someone is deliberately constructing a wrong question for the people of Uganda and misdirecting them to believe that they will be participating in choosing a president, and so we are conscripted into becoming candidates; that there is an electoral roadmap, whose roadmap?”

“The people of Uganda need to get their country into their hands first before they can look for how to run (govern) it. The country Uganda is not in the hands of the people of Uganda. It’s a captured state. That is where I fundamentally differ. The questions then come, if it’s a captured state, why are you engaged in political processes in the country? Yes, I participate only as part of manoeuvers to liberate our country,” he said.
He added: “Now for someone to manipulate us to behave as if we are free; to present ourselves to his processes, it’s like causing an election in Luzira prison for inmates to choose head prisoners and prisoners take it very seriously, instead of focusing on how to get out of prison.”

The FDC chairperson, Ambassador Wasswa Biriggwa, said the party is not short of options for a presidential flag bearer.
Mr Biriggwa said although Dr Besigye is a brand hard to replace, the party has other capable leaders who are ready to step up.
“We have many capable people within FDC who can offer themselves, so we are not lacking. We should also think that a party like FDC that has been around for so many years, by now ought to have capable people who can stand obviously, but not necessarily to emulate Dr Besigye because he is a special kind of a person, one of a kind.
“Not very many people can go through what he has gone through. So as a party if we are choosing, we should not choose someone who will necessarily replace Dr Besigye, but we have very capable people who can for the time be able to offer themselves,” he added.

Mr Biriggwa, however, said because Dr Besigye in not contesting in 2021, does not necessarily mean he is abandoning the unfinished struggle to liberate the country.
He added that the party is using a multi-pronged approach to rid the country of what he called ‘gun rule’.
“You know most people have put the entire thing about the presidency. The reason why FDC is participating is to fundamentally change what is there now so that we can commission or bring in a new era where people are free and not simply being ruled by the junta or the military regime. We want people to be able to take over and be free to choose who they want to choose, but at the moment, we are being enslaved,” Mr Biriggwa said.

Ambassador Biriggwa said they are already operating in a complicated environment as the Opposition.

He said while government banned public rallies owing to the ongoing Covid-19 pandemic, it has continued its intimidation of media houses, denying the Opposition access to radio and television stations to mobilise the electorate.

“So we need to go beyond thinking simply to be elected and someone becomes the president. Nobody now can become president of Uganda given the conditions that we are in as you have seen. You see NRM people moving around as if there is no Covid-19 while we are not allowed to move in large numbers,” he said.
Mr Biriggwa added: “How can you then think that you are going to have a result of having a president elected by the people? For example we won the 2016 elections, but did we take power? But to say that you are going to the ballot box and put in your vote that will win…that is a joke.

“Dr Besigye has been preaching that we cannot have a free and fair election under this regime and very few people have been listening. Unfortunately we are leaving this to the vagaries of nature, that something will happen and the wind will blow. Hopefully it won’t blow all of us away. Some of us are praying that we have a peaceful transition, definitely the transition has already begun whether you like it or not,” Mr Biriggwa added.

The FDC has set August 18 as the day for nomination of the party’s presidential candidate.
Dr Harold Kaija, the FDC deputy secretary general, said they were forced to postpone the nominations because the party Central Executive Committee had not agreed on the mode of campaigns and how voting will be conducted.“Some people were saying the candidates should campaign together while others said they should be allowed to campaign individually. Also on the voting we were not sure how it will be conducted, but these are things we are now discussing and we hope we shall agree on them before Tuesday next week when we shall nominate our party flag bearers,” he said.
On whether FDC is looking at some individuals to run for presidency, Mr Kaija said the party will vet all the nominees and pick the best candidate.
“As someone in charge of the secretariat, I cannot give you names, but those who are ready will be nominated next week. That’s when we shall know who they are,” he said.
Asked if the party will still make last ditch attempts to persuade Besigye to run in 2021, Mr Kaija said: “I don’t know.” He said as a party, they have not officially engaged Dr Besigye to persuade him to run in 2021, but many individuals within FDC have been reaching out to him.

With Besigye out of the race for presidency, the attention comes down to Nandala Mafabi, the party secretary general, party president Patrick Amuriat Oboi, and Mr Biriggwa. Another dark horse in the race is Mr Erias Lukwago, the Kampala Lord Mayor, who joined the party recently. Dr Besigye last week said Mr Lukwago is a very competent person who can carry the FDC flag in the 2021 General Election.

“What I like about Lord Mayor Erias Lukwago is the consistency and clarity in his political pursuits. He is clear on what the struggle is and he commits unwaveringly to it. Mr Lukwago could make a good president for this country. But that is not the issue at hand.
The issue at hand is to get what to lead. He is focused to get what to lead. Lukwago has been in Kampala fighting for ordinary people -- people being thrown out of markets and chased off the streets. We like those attributes in the leadership of FDC,” Dr Besigye said.

Ambassador Biriggwa said names of the party’s presidential nominees will be announced next week.
“If I tell you right now, there will be no news next week. What I can tell you is that the process is going on, but wait for who will carry our flag next week,” he said.
fdraku@ug.nationmedia.com

FDC in Talks With Besigye to Contest in 2021 Elections