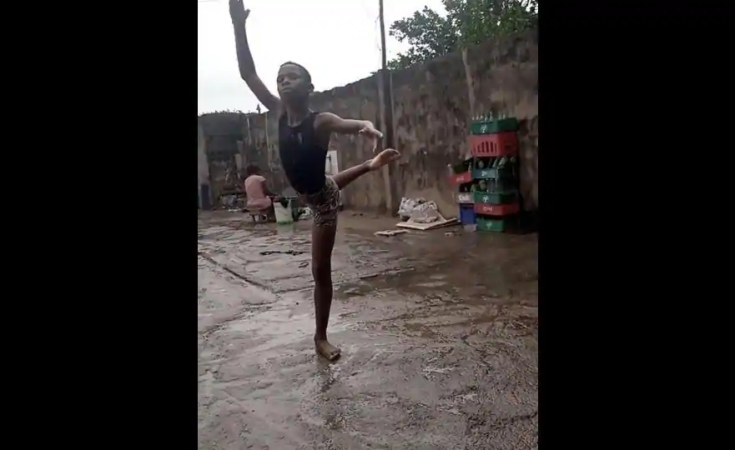 Anthony Mmesoma Madu, 11 from Lagos has secured a scholarship to New York's prestigious American Ballet Theatre after a video of him dancing ballet barefoot in the rain surfaced on the internet, the dailymail reports.

Madu's dedication to the dance, and his ability to pull stunning moves in the rain without having shoes on got the attention of social media users -- including celebrities like Viola Davis and Cynthia Erivo.

In the clip, Madu is seen outside his dance studio, Leap of Dance Academy, practising on a muddy pavement that is wet from rain.

He's barefoot, in shorts and a tank top, but dances masterfully, spinning, leaping, and doing arabesques.

"Ballet is my life. When I am dancing, I feel as if I am on top of the world,' he told Reuters.

"Any time my mom sends me on an errand, I dance ballet before I go to that place and it makes me feel very, very happy. I so much love ballet."

One person who saw the clip was Cynthia Harvey, the artistic director of the ABT Jacqueline Kennedy Onassis School of Dance in New York.

'A friend who lives in the UK sent me the video,' she told the Cincinnati Enquirer. 'Within a day, I was trying to find him.'

She managed to track him down through his teacher, 29-year-old Daniel Ajala Owoseni who founded the Leap of Dance Academy in 2017.

Harvey tracked his proper environment with the right footwear, but Madu showed in the viral video that he can pull of a beautiful pirouette anywhere, at any time.

She helped Madu secure a full scholarship to ABT's virtual three-week Young Dancer Summer Workshop, as well as internet access so he can attend remotely.

Then, next year, he'll travel to the US to train further with a scholarship from Ballet Beyond Borders.

Madu told Reuters that whenever his friends see him dancing, they ask if he's doing a foreign dance.

"When my friends see me dancing, they feel like, what is this boy doing, is he doing a foreign dance?

"Now I have won a grand prize to go to the U.S. in the year 2021. I am very, very happy about that. I will be in the plane and this is what I am waiting for, and ballet has done it for me.'

Anthony's parents wanted him to become a priest, but they're supportive of his dance dreams.

His mother, Ifeoma Madu, told BBC News that she has 'joy' when she sees him dance, and advises other parents to 'give their full support' to their talented children so they can 'go far.'

Anthony's school and teacher have also benefited from the attention.

Owoseni, his instructor, will participate in a National Training Curriculum, which teaches instructors.

He is also getting donations, which helps because he teaches his 12 students for free and doesn't actually have a dedicated class space.

Owoseni was not opportune to learn how to dance in a ballet school like his students.

After watching 'Save the Last Dance' when he was 13, he wanted to learn -- but couldn't attend the few pricey schools in Lagos, so he taught himself from YouTube videos.

Now, he wants to bring the skills he's learned to others and promote ballet in the region.

'I saw the need to bring a form of art that shows discipline, dedication and commitment," he told Reuters. 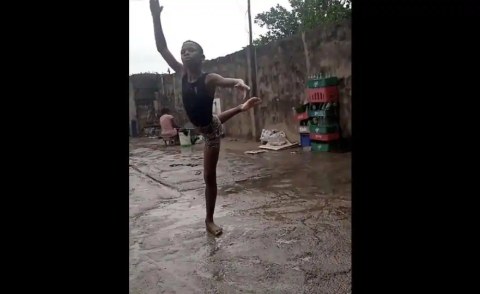 Nigerian Boy's Ballet Video Lands Him Scholarship
Tagged:
Copyright © 2020 Daily Trust. All rights reserved. Distributed by AllAfrica Global Media (allAfrica.com). To contact the copyright holder directly for corrections — or for permission to republish or make other authorized use of this material, click here.