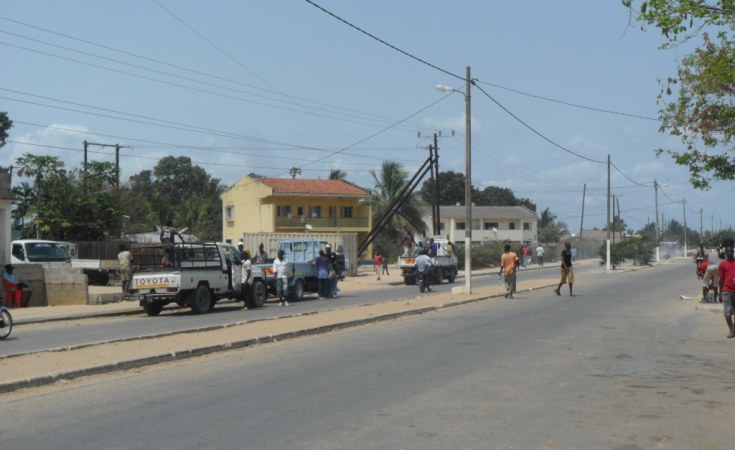 Jihadists have reportedly taken the northern Mozambican port of Mocimboa da Praia, according to various media sites, as Mozambican security forces have entered the area in order to wrest it from the Islamic fighters.

Fifty-nine presumed terrorists were killed on Wednesday, according to a statement released by the government, but it has refused to indicate there is a battle between government forces and jihadists for Mocimboa da Praia.

Part of the lack of information is directly related to both a media blackout and an internet cut in the city.

Mocimboa da Praia, located in the far north of the country, near the Tanzanian border, is a strategic port near a number of natural gas sites.

"It's the fourth time the insurgents have attacked this city, and it's important to know that a number of insurgents are originally from that city, so this is strategic, but also emotional, personal," Eric Morier-Genoud, a researcher at the University of Belfast, told RFI.

"The thing that is different about this attack is that a major part of the population has left and the city has been reinforced by new, special army units, so it's a bigger victory in that sense," he says.

"The rebels said a few days ago that they don't just want to capture the city for a time, but re-capture it permanently," he adds.

The militants are reportedly linked to the Islamic State armed group (IS) and the alleged capture of the strategic port was seen as a big setback for Mozambican troops.

The country's neighbors are also worried about the fighting--Tanzania has reportedly stated it would launch an offensive from their southernmost forest bordering Mozambique.

SADC Pledges Support to Mozambique After Cabo Delgado Attacks
Tagged:
Copyright © 2020 Radio France Internationale. All rights reserved. Distributed by AllAfrica Global Media (allAfrica.com). To contact the copyright holder directly for corrections — or for permission to republish or make other authorized use of this material, click here.