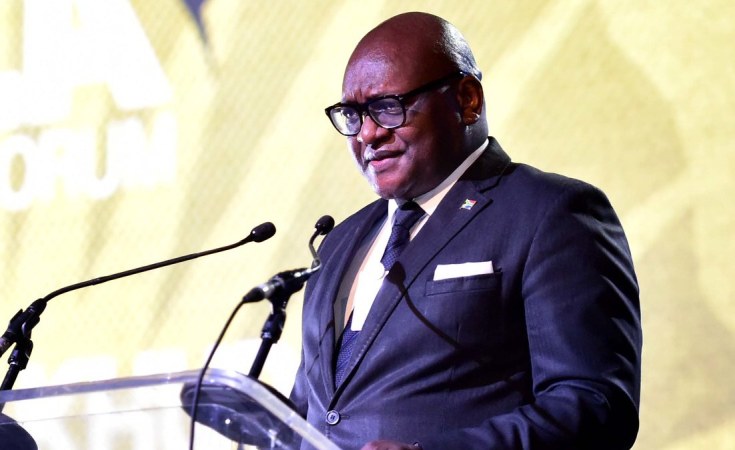 Gauteng Premier David Makhura has called on citizens to remain vigilant because while the COVID-19 storm in the province has slowed down, it is yet to pass.

"The storm has not passed, it has just slowed down... we must say as Gauteng we are still a very vulnerable province. A lot of people live side by side and the transport system also has an impact. We do not want the second wave that is more brutal," said the Premier on Thursday.

Makhura warned citizens not to be complacent, while speaking during the Provincial Command Council's weekly update on COVID-19 in the province.

The Premier was joined by various experts who provided the modelling on the possible trajectory of the Coronavirus in the province.

With the pandemic in Gauteng entering a new period, Makhura said the province has made positive developments but the road ahead is still long.

The province witnessed significant gains through non-pharmaceutical interventions such as the wearing of masks, sanitising of hands and adherence to social distancing.

Makhura said it was critical these non-pharmaceutical interventions are maintained, a sentiment reiterated by Witwatersrand University Professor Bruce Mellado.

Prof Mellado said while he commended Gauteng for its ability to handle the first surge of infections under lockdown level 3, the possibility of a new surge still remains.

"Although the surge has slowed down, we still regard ourselves as the epicentre by the number of confirmed cases. The only difference is that over the past few days, KwaZulu-Natal has the largest daily cases," he said

Gauteng City Region Observatory Senior Researcher Gillian Maree asserted that the province may be seeing the early signs of a plateau but cautioned against complacency and urged citizens to be vigilant.

Wits' Department of Paediatrics and Child Health Prof Mphelekedzeni Mulaudzi said based on projections, Gauteng may have to revisit its plans to open field hospitals and rather look to boosting available infrastructure.

Makhura said this would be revisited under the principle of developing the health system with the post-COVID-19 health system in mind.

"The number of field hospitals that we were planning will be revised. That is what the executive council said yesterday and more work will be directed at improving facilities.

"Our resources need to be directed to saving lives and COVID-19 but also post-COVID-19 to have a better improved health system," he said.