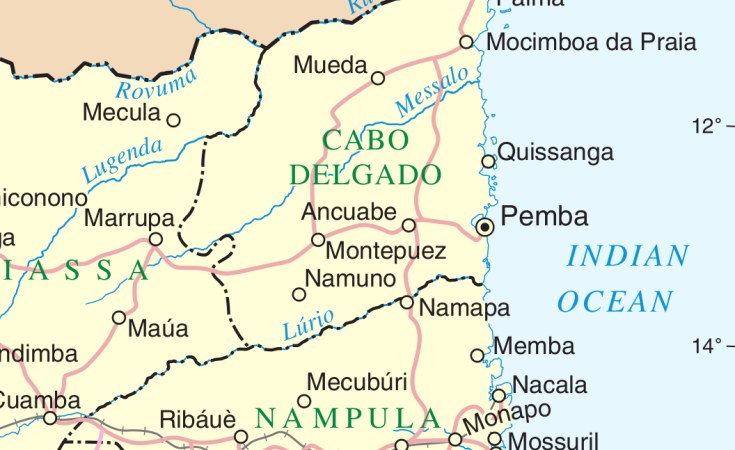 Sources said Mocimboa da Praia was now under total insurgent control and the invaders were likely to remain in control for a long time.

Insurgents affiliated to Islamic State once again took control of the strategic port town of Mocimboa da Praia in northern Mozambique after heavy fighting this week, inflicting heavy casualties and forcing Mozambique government troops to flee the town by boat.

At least 55 government army recruits were reported killed over the past few days in the running battles culminating in the fall of the port in Cabo Delgado province, security sources said. The main reason for the insurgent victory was that government forces had been cut off and had run out of ammunition.

Sources said the South African private military company Dyck Advisory Group (DAG) which has been providing air support to the Mozambique army for several months, had been unable to resupply them with enough ammunition as its helicopters had had to fly too far to refuel.

As the insurgents captured the town on Tuesday, they sank one of the government's HV32 interceptor vessels with an RPG-7 grenade launcher in the harbour. It was not clear if this boat was trying to bring in ammunition...