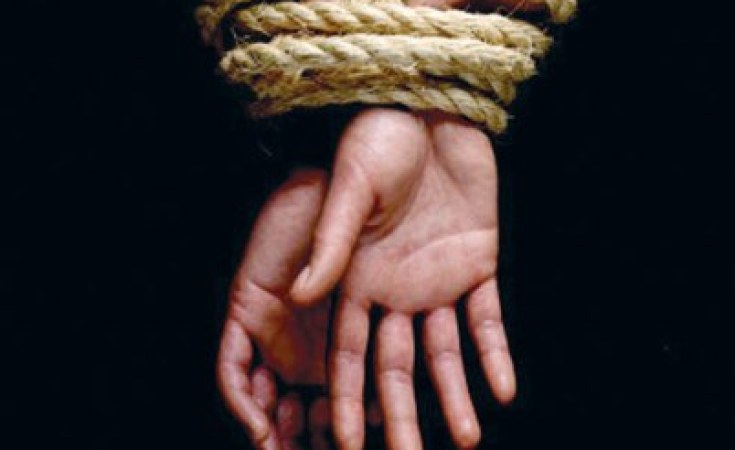 When gunmen invaded Kwanar Farakwai in Igabi Local Government Area of Kaduna State in June, they had a mission. About 40 of them, heavily armed, headed straight to the home of Musa Ibrahim, popularly called Oga Musa.

It was 1am, and the sounds of their gunshots had sent shivers to the bones of residents, who immediately knew it was very dangerous to peep through their windows.

As the attackers banged Musa's locally made metal security door, its sound reverberated over half a kilometre, but there was nothing anyone could do, the people of Kwanar Farakwai said.

"About 40 of them, all armed with AK 47, dragged me out of my house. I thought they were going to kill me, but it was money they wanted," Musa told our correspondent.

Musa said that as they continuously banged his door, he climbed to the ceiling and hid there, shaking but praying. They searched every nook and cranny of his house, looking for him. According to him, they ignored other members of his family. They eventually found him and dragged him out.

Musa narrated how he and another victim walked for 12 hours into a forest, surrounded by their kidnappers. Having spent 17 days in their hideout, about N4million was paid as ransom to the kidnappers and they were eventually released.

Daily Trust Saturday learnt that as a result of the activities of kidnappers, residents of villages along the Kaduna-Zaria highway, especially those in the middle class, who are often the target of the kidnappers, are fleeing their communities for various cities. It is said that oftentimes, the kidnappers operate in the night unchallenged.

"Those with the means are relocating to the cities, either because they were kidnapped and forced to pay heavily for their freedom, or for fear that they may be targeted," a traditional titleholder in the community who did not want to be named said.

Residents of Kwanar Farakwai, which is less than 50 kilometres from Kaduna town, said that in the last six months, kidnapping had become a normal thing in their community. Victims said that even after they were released, they continued to live in fear; hence many of them are relocating.

"In Kwanar Farakwai alone, more than 10 families have relocated to Kaduna city, Zaria or Rigachukwun because they have lost confidence in the government and security agents," Musa Ibrahim, who is afraid that the kidnappers may come back for him or any member of his family said.

When our correspondents visited Kwanar Farakwai and Kanfanin Zangon Aya, which are mostly farming communities, it was learnt that the kidnappers targeted 'financially stable' individuals, those who built solid house with blocks and not the predominant mud houses.

Some of the prominent persons abducted and released after heavy ransoms were paid include the deputy chairman of the All Progressives Congress (APC) in Kaduna State, Shuaibu Idris, who resided at Kamfanin Zangon Aya; Mai Unguwa Gwani, a palm oil merchant in Kwanar Farakwai, and Malam Saleh Mai Kanazir, a kerosene dealer from Zagina. ý

Idris, as well as his daughter, was kidnapped at their Kamfanin Zangon Aya home in May this year. It took over two weeks before N10million was paid for the two to regain their freedom. After that traumatic experience, Idris relocated to the city.

Like Idris, businessmen, retired civil servants and public officers in the affected areas have equally abandoned their homes.

"Some of them now come to the village every morning to transact businesses and leave in the evening. They no longer live here," a youth leader said.

Residents said Alhaji Saleh was the first victim from Zagina, about two kilometres from Kwanar Farakwai.

For the victims to regain their freedom, vehicles, farmlands and other valuables were sold, according to findings by Daily Trust Saturday.

"I had shops, farmlands and a car, but my family had to sell them to enable me regain my freedom," Musa said.

The traditional ruler of Kwanar Farakwai, Lifidan Zazzau, Muhammad Yaro, was not in his palace when Daily Trust Saturday visited, but palace officials told our correspondents that, "Apart from kidnapping, we don't have any problem here. It is the same at Kwanan Farakwa, Zagina and Kamfanin Zangon Aya. Young boys who carry guns are abducting older people, traumatising them for days and demanding that their properties be sold for their release."

Community leaders said it was unfortunate that people who had lived all their lives in their villages were forced to flee. According to them, this shows that the security architecture of the state has failed.

"We are not happy, but what can we do? We are still here because we have nowhere to go. This is our community and our parents are here he.

"We are ready to challenge the kidnappers. We must fight for our homes, farms and heritage. Since the government cannot do anything to protect us, we have decided to take matters into our hands. We will not let them pick us one after another. We will not allow miscreants to continue to disturb our peace," one of the community leaders said.

Traditional titleholders in Kwanar Farakwai told our correspondents that the village is 150 years old, with an estimated population of 10,000 people. It is only about two kilometres to Zagina and less than five kilometres from Kamfanin Zangon Aya, which explains why the communities face similar challenges. For fear that many more people may flee the community, youths and elders now patrol their communities, and when practicable, challenge the kidnappers collectively.

It was gathered that all the main entrance and exit points of the villages are patrolled at night.

They came one night and we were ready for them. They stopped about a kilometre away and used their flashlights on us. We also used ours. After a standoff of about an hour, they turned back and left," a youth leader said.

When contacted, the police public relations officer, Kaduna State command, ASP Mohammed Jalige, said they were aware of the activities of kidnappers in communities along the Kaduna-Zaria highway and had deployed additional men to the area, adding that arrangements were on to deploy an Armoured Personnel Carrier (APC) to secure the troubled zone.