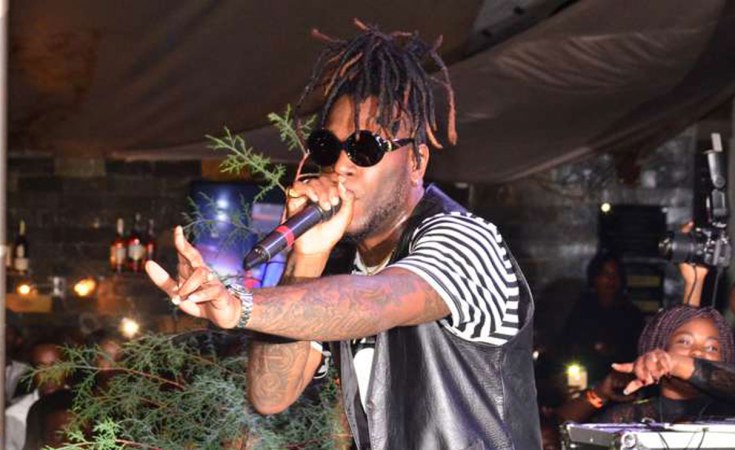 Burna Boy's new album "Twice as Tall", with guest appearances from a number of music legends and icons, including the legendary Senegalese Youssou N'Dour, is a pure, unapologetic African body of work, as it boasts of a global contemporary sound that is for everyone. Ferdinand Ekechukwu reports

Afro-fusion artiste, Burna Boy, has got the whole world listening. As you read this, his fifth studio album "Twice as Tall" which was released at midnight, August 14, 2020, is being streamed online across music platforms. "It's about to be an interesting couple of days #TWICEASTALL," the Nigerian songwriter, singer and rapper declared prior to the album release. The terse statement followed an earlier post shared via his Twitter page that the album would be drop on August 14.

Although so many mistakably variegated the album release date for August 13 due to the fever pitch mood his announcement drew, it was sooner checked. Burna Boy's 15-track album hold echoes of Nigeria, South Africa, Jamaica and the United States, with guest appearances from a number of music legends and icons, including the legendary Senegalese Youssou N'Dour, America's Naughty By Nature, and Coldplay's Chris Martin, Kenyan Sauti Sol, and UK-Ghanaian rapper Stormzy.

On this album, the 'Jara Ara E' crooner enlists American music executive Sean combs, a.k.a Diddy, Timbaland, Telz, Leriq, and so forth as producers. The three-time Grammy winner, Diddy was brought in to provide "fresh ears" when the album was 80 per cent complete. Exclusive sources reveal that 11 songs from the 15 track album were produced by Nigerians, eight of whom are from the Spaceship Collective. "Twice As Tall" is a follow up to his critically acclaimed 2019 album "African Giant".

While this album is believed a pure, unapologetic African body of work, it boasts of a global contemporary sound that is for everyone. With the first single from the album, "Wonderful" garnering widespread acclaim from major media publications including Rolling Stone, Pitchfork, Time, Entertainment Weekly and many more, Burna Boy described the song as being "about the 'wonders' of seeing the impact of my music on people's lives while touring, and it also serves as a note that no matter how far you go, or how hard you work; you must be ready to come home. Above all, Africa is home, it is the motherland to all people."

In the 15 songs, the singer/songwriter takes stock of his accomplishments, his vulnerabilities and at the same time, encouraging ambition, perseverance in the face of uncertainty and against all odds. One of the album's most haunting songs, 'The Monsters You Made' sees Burna Boy and Coldplay bring to life echoed roots reggae and rock fusion. This track condemns miss-education, addresses historical and social injustice on the Niger Delta in Nigeria to the pillage of African land and resources to global systemic racism, police brutality and corruption. It was delivered perfectly in a sound that's bound to question and resonate.

"Wetin Dey Sup" is the 13th track on the album, produced by Telz and co-produced by Timberland; punctuated by gunshots and sirens that warn: "They only respect the money and the violence," speaks to the pulse of the Nigerian youth. Other tracks to look out for on the 'Twice As Tall' album are 'Level Up', produced by DJDS, featuring legendary Youssou N'dour. Bebo' and produced by Rexxie. 'Onyeka' and 'Naughty by Nature' were both produced by Telz. 'Comma' was produced by Rexxie, and 'No fit Vex' was another one produced by LeriQ.

Over the past two years, the 2019 Grammy nominated artiste has released three solid bodies of works. Real name Damini Ebunoluwa Ogulu, Burna Boy, 29, has assembled an international since he released his 2013 debut album, "L.I.F.E.: Leaving an Impact for Eternity."

He sold out Wembley SSE Arena in London last year, and the year before and songs from his 2019 album, "African Giant," have drawn tens of millions of streams and views worldwide.

Burna Boy's Song Makes U.S. Presidential Inauguration Playlist
Tagged:
Copyright © 2020 This Day. All rights reserved. Distributed by AllAfrica Global Media (allAfrica.com). To contact the copyright holder directly for corrections — or for permission to republish or make other authorized use of this material, click here.

Who is Mother of Ugandan Prince?
Water