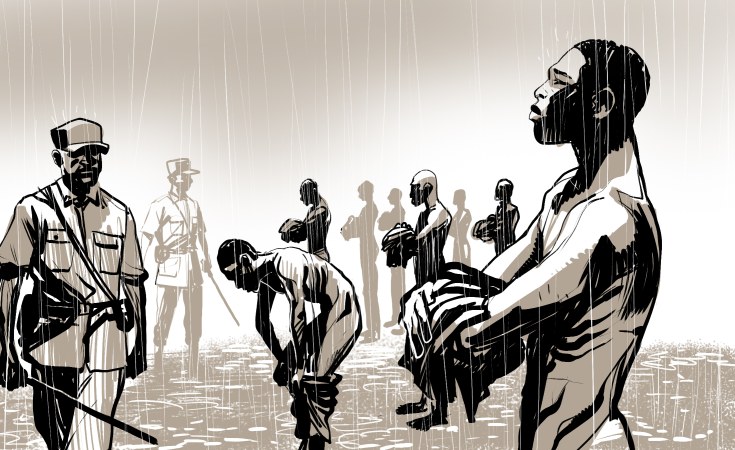 Kenyan Journalist Yassin Juma is due to appear in court on August 18, his first session after he contracted Covid-19 at prison in Ethiopia.

This is according to Mr Abdulletif Amee, one of the three Ethiopian lawyers defending Mr Juma without any legal agreement.

The journalist was to appear in court on August 13 but the hearing was adjourned after Addis Ababa police reported that he had contracted the virus.

The Kenyan national was arrested in Addis Ababa in July and is facing charges including incitement and involvement in violence, plotting to create ethnic violence and plotting to kill senior Ethiopian officials.

These are the same charges levelled against several opposition politicians after deadly protests erupted on July 1 following the assassination of popular Oromo musician Hachalu Hundessa.

Mr Juma is under quarantine within Sostegna Police Station, where he was being held following his arrest.

On August 5, Ethiopia's Federal First Instance Court ordered Mr Juma's release on a bail of 3,000 birr ($85) after prosecutors failed to provide concrete evidence for his case.

However, Ethiopian police ignored the order and the Addis Ababa Police Commission appealed against it, raising questions about the court's supremacy.

"Though credible and thorough investigations into complex abuses and events take time, Human Rights Watch believes that in several cases, police authorities sought to stretch or ignore legal requirements to prolong suspects detentions beyond what was justified by law."

HRW said police authorities have "repeatedly appealed or seemed to ignore bail orders, requested more time to investigate or transferred suspects between police authorities, some with overlapping jurisdictions, without informing relatives or counsel"

After police declined to release the journalist, he appeared in court on August 11 alongside 10 other suspects.

That was his fifth appearance without any specific charges pressed against him.

"A month after one of the most violent spates of unrest in the country's recent history, police and prosecutors need to publicly account for all detainees' whereabouts, comply promptly and fully with court bail orders and ensure easy and regular access to lawyers and relatives for those not released."

In response to HRW's inquiries, the office of the federal attorney-general said criminal investigations could move between various authorities depending on the location or nature of the crime, but did not comment on how this may affect the time a person spends in custody.

Laetitia Bader, HRW's Horn of Africa director said investigative authorities' actions raise concerns that "they have not moved on from past practices of arresting first and investigating later".

The rights group called on Ethiopian authorities to promptly bring credible charges based on clear facts and evidence against the detainees or ensure their release.

"The drama of exchanging suspects between authorities like an object seriously affects human dignity" Abdulletif told the Nation.

"This is illegal and only a tactic aimed to keep suspects in jail. Those acts disrespect the work of the judiciary and causes people to lose faith in the administration of justice"

Next week, the court is expected to pass a ruling on the appeal police filed.

"During the previous hearing, we argued that the appeal by Addis Ababa police had no legal basis and should be rejected," Mr Juma's lawyer said.

"Following last month's unrest, police have so far arrested over 9,000 people, including government officials, according to HRW's new report.

Detained Kenyan Journalist Juma's Health Deteriorates in Ethiopia
Tagged:
Copyright © 2020 The Nation. All rights reserved. Distributed by AllAfrica Global Media (allAfrica.com). To contact the copyright holder directly for corrections — or for permission to republish or make other authorized use of this material, click here.