South Africa: Statement - R2K Calls On the NPA to Speed Up the Prosecutions of All Those Implicated in the Marikana Massacre! 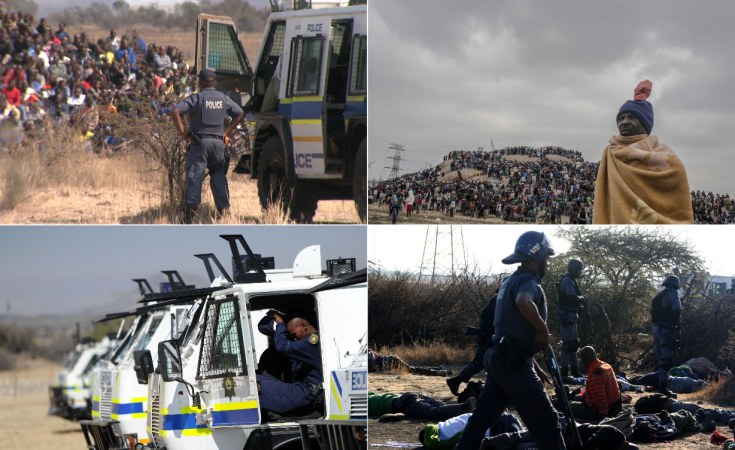 The commemoration of the Marikana massacre continues and it remains eight years of denied justice for the families of the murdered miners. Very little if not nothing has changed since the tragedy that occurred all those years ago. To this day, no one has been held to account for what transpired in Marikana, neither the political heads, nor the police.

The lack of political will, uninspiring prosecutorial process in holding those responsible accountable paints a bleak picture on our democracy and the ability of government to deliver justice for mostly working and poor classes of our society.

Not only has the government failed to hold those responsible accountable, the government has also failed to transform, even after the recommendations made by a panel of experts, the manner in which our Police conducted themselves during this unfortunate incident. If we are to avert such tragedies like what happened in Marikana from happening, we bear the responsibility to ensure the implementation of the recommendations to transform the Public Order Policing to address the inadequacies as highlighted by the Panel of Experts report.

The systemic challenges facing the South African Police Service stubbornly persist to this day, pointing once again to the lack of political will to take corrective measures in order to avert tragedies where police are implicated from happening.

The report raised the issues around lack of skills and equipment needed in line with crowd management and crowd control.

The recommendations having not been implemented, we remain with an inadequately trained POP and that raises concerns about the potential for the police to continue to conduct themselves in a manner that is inconsistent with the law.

What we are witnessing instead since the Marikana massacre to this day, is the glaring training inadequacies that persist within the Public Order Policing. Very little has changed in terms of the training of police and establishment of more well trained Public Order Policing units. What we instead are witnessing is a continuation of violent and repressive response from the police when in relation to protests in the country.

It remains a concern for us that since the report was tabled in 2018, the report is yet to be made public rather than gathering dust in the minister's office.

If we are to believe in the functionality of our democracy, where accountability, transparency remain important values, the ministry has to swiftly act in the interest of the public and release the report.

We therefore reiterate our call that in order for the police to inspire any public confidence in the Police Service, in accordance with our democratic values of transparency and accountability, that the minister of police should:

Release and make public, the panel of experts' report into policing in Marikana

Publicly pledge and commit himself to ensuring implementing the recommendations

It is disillusioning that to this day, only a few of those implicated have stood trial and the matter has not reached its finality. Whilst we appreciate that there are some who are facing prosecution, we remain concerned that the large chunk of those involved are not facing charges for their role in the massacre.

We call on the NPA to speed up the prosecutions of all those implicated, especially all the police that IPID recommended be indicted. We have seen hardly no one whatsoever, being held to account for the massacre that remains a painful dent on our young democracy.

We remain committed to challenging the establishment for the increase in the militarized policing response of the police towards protests and dissent in our country since the Marikana massacre. We cannot continue to have protesters suffering injuries and at times death at the hands of those who are meant to serve and protect them.

Read the original article on R2K.

Tagged:
Copyright © 2020 Right2Know. All rights reserved. Distributed by AllAfrica Global Media (allAfrica.com). To contact the copyright holder directly for corrections — or for permission to republish or make other authorized use of this material, click here.