The planned Petroleum Industry Bill (PIB) aimed at amending Nigeria's 1969 Petroleum Act may not significantly improve the country's economy and the contribution of oil to the quality of life of its people if domestic value creation is not prioritised in the legislation before it is passed into law, oil and gas industry experts have stated.

The experts who reviewed the progress of the country's planned re-presentation of the PIB to the National Assembly for consideration as well as the bid rounds for marginal oil fields during an online meeting, explained that prioritising domestic value creation in the bill would guarantee that Nigeria builds an industry that sustainably supports its economic development.

The meeting was organised by the Nigeria Natural Resource Charter (NNRC), and it had in attendance experts such as the founding Partner of Primera Africa Legal, Mr. Israel Aye; Principal Partner, Primus Partners and Solicitors, Mr. Najim Animashaun, the Council Chair, Society of Petroleum Engineers (SPE) Nigeria Council, Mr. Joseph Nwakwue, as well as the Chairman of the University of Ibadan Research Foundation, Dr. Udu Imo Itsueli.

In its attempt to attempt to reform its oil sector, Nigeria formulated the PIB but has for years failed to get it passed into law. However, the ministry of petroleum resources recently began moves to get the bill passed by the legislators.

The country also began a process to award licences for exploration of marginal oil fields; this equally comes after many years of non-activity in that regard. But the experts suggested that a fit-for-purpose PIB would be one that enables the country to create a home-grown petroleum industry.

In his remarks, Aye explained that Nigeria has largely operated an oil sector that is focused on resource extraction and not on building an industry.

"The management of natural resources, and this time oil and gas has unfortunately remained fairly primitive. The 1969 Petroleum Act is a very simple framework that enabled international operators to carry out the business of oil exploration; it didn't even anticipate gas. The nature of the rights that is conferred by the petroleum act is to win, to work and to carry over," Aye said.

He noted that the new PIB should be structured to emphasise on domestic utilisation of Nigeria's oil, as well as participation of homegrown operators.

"The sector has not contributed well to the GDP, and there are number of priorities that must be met: an acreage bidding framework - everything is hinged upon a person; it should not be left that way and we need at least a yearly bid framework, acreage management regime is about the sloppiest in the world - we need smarter acreage management system."

On the marginal oil fields bid rounds that the government also plans to undertake, he said: "The game we're playing is a confidence game because the capital required here are available in pockets locally and internationally, but money behaves the same way all over the world; if there is no confidence, there is no way you'll attract the capital you need.

"It (bid process) is still too opaque; people should be able to tell how the process works and it is almost as if it is deliberately set up that way in order for discretion to rule. If you're going to attract credible capital, then you need for the rules of the game to be clear. The rules make any game."

Similarly, Nwankwue in his remarks listed some of the key contents that should be included in the PIB to enable the oil sector support Nigeria's economy.

He said: "In the last 15 years, we haven't been able to attract the level of investment that we need; our RP ratios are high which means that there is scope for investment and domestic utilisation but it is clear to everyone that the Nigerian government is in no position to fund the level of development that we need and we will have to defer to the private sector locally or internationally.

"To have this, you need to have a fiscal regime that is attractive; with a fiscal arrangement that's not attractive, you will not be able to bring in the investment and it is a race against the clock."

"The PIB must be fiscally attractive, and any PIB that does not incentivise value-addition in terms of domestic utilisation will not help Nigeria. The PIB has to be able to move us away from an extractive industry to a value-additive industry where we can refine, and process here. Attracting (just) capital will keep us in the extractive mode and we need to think about diversifying the oil industry itself."

On his part, Animashaun who claimed that the top challenge of the Nigerian National Petroleum Corporation (NNPC) isn't so much about financial corruption but the lack of an efficient structure to support commercialisation, stated that the NNPC, "doesn't necessarily have to play abroad when you have 200 million people at home."

Reps Set Up 30-Man Committee to Accelerate Passage of PIB 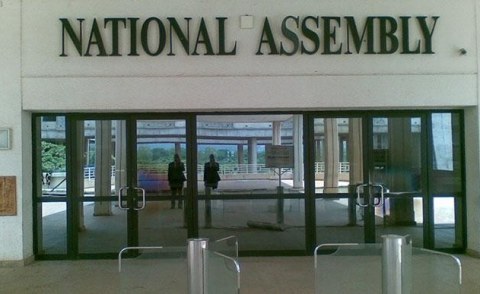