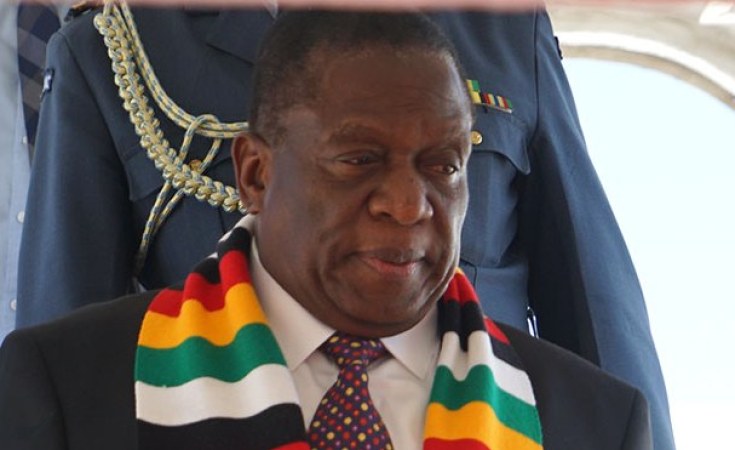 UNDER-SIEGE President Emmerson Mnangagwa will this Tuesday give his own response to a damning letter addressed to his administration by Catholic bishops over rights abuses and poor leadership under his rule.

This was revealed in a tweet Monday by Information Ministry permanent secretary Nick Mangwana.

"Regarding issues around the Pastoral Letter by the Zimbabwe Catholic Bishops' Conference, President @edmnangagwa is going to issue a comprehensive statement tomorrow," Mangwana said.

In a pastoral letter week, the Zimbabwe Catholic Bishops Conference said the country was suffering from "a multi-layered crisis", including economic collapse, deepening poverty, corruption and human rights abuses.

The letter elicited a vitriolic response by government through Information minister Monica Mutsvangwa who labelled the clergymen "evil".

But Mutsvangwa's response could only ignite more fires as political parties, civic groups and churches have come out guns blazing, scolding a rattled government for digging in in the face of apparent national decay.

However, it remains to be seen if Mnangagwa will emerge to calm the tensions or he will proceed to stoke more fires in an already volatile situation.

Mnangagwa is already under fire for his vicious remarks over two weeks ago in which he labelled the opposition as terrorists who were bent on removing him from power through force.

He also savaged Western rivals he accused of sponsoring a sustained bid to jettison the under-fire Zanu PF administration.

The country's embattled number faces the toughest time of his rule since he muscled his way to power on the back of a 2017 military assisted coup.

Mnangagwa faces an angry nation that is not ready to forgive him for running down the country's economy as well as rampant rights abuses.

The international community has also been unequivocal about its disquiet over how Mnangagwa has killed Zimbabwe's prospects of ever enjoying peace and economic prosperity again.