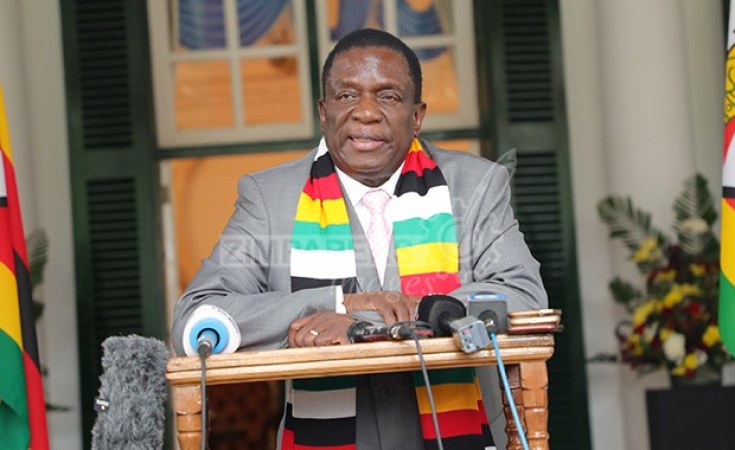 Government has moved to escalate its widely publicised row with Catholic priests through a planned meeting with the Vatican Representative to Zimbabwe ostensibly to seek explanation over 'insults' directed at President Emmerson Mnangagwa by the church's local clerics.

The clerics, under the auspices of the Zimbabwe Catholic Bishops Conference, last week penned a damning condemnation of the Zanu PF led administration saying the country had a multi-layered crisis, including economic collapse, deepening poverty, corruption and human rights abuses.

A panicky government, through Information Minister Monica Mutsvangwa, dug in and issued a vitriolic response to the priests, describing them as evil minded.

But that could only ignite more fires around the cornered administration amid overwhelming support for the clerics coupled with widespread condemnation for government.

In apparent attempts to save face, government has summoned the Vatican Representative in Zimbabwe over the Pastoral Letter issued by the church priests.

"In this regard, the Minister of Foreign Affairs and International Trade Dr Sibusiso Moyo will be meeting the Apostolic Anuncio, the Diplomatic Representative of the Holy See accredited to Zimbabwe," he said.

Ziyambi stated that of particular importance, the government would want the Catholic Representative to explain a phrase in the Pastoral Letter which is of great concern to the government.

"It is not so clear as your Bishops that the national leadership that we have has the knowledge, social skill, emotional stability and social orientation to handle the issues we face as a nation," part of the Bishops Pastoral Letter read.

According to the minister, "the statement constituted an outright insult to the person of the President Emmerson Mnangagwa and his entire government and is couched in language decidedly unbecoming of an institution such as the Catholic Church".

The minister also highlighted the call to meet the Vatican Representative emanated from the need to know if the Pastoral Letter was in agreement with the Vatican.

"Given that the venerable Bishops represent the Catholic Church, government is compelled to directly engage the Vatican in order to ascertain whether or not such statements reflect the official attitudes of the Holy See towards Zimbabwe's leadership whether they are merely views from various individuals concerned," he said.

Ziyambi said the Pastoral Letter's thrust was "anti-government and accusatory with neither evidence nor basis to level such accusations".

Zimbabwe is in the throes of its worst economic upheaval in 12 years with inflation hovering above 800 percent and grinding poverty even among employed citizens being the order of the day.

The Zanu PF led administration still insists the country's economy was on a recovery path and is agitated over internal and external pressure for it to remedy the crisis was by enemies keen on throwing banana skins in its wake.