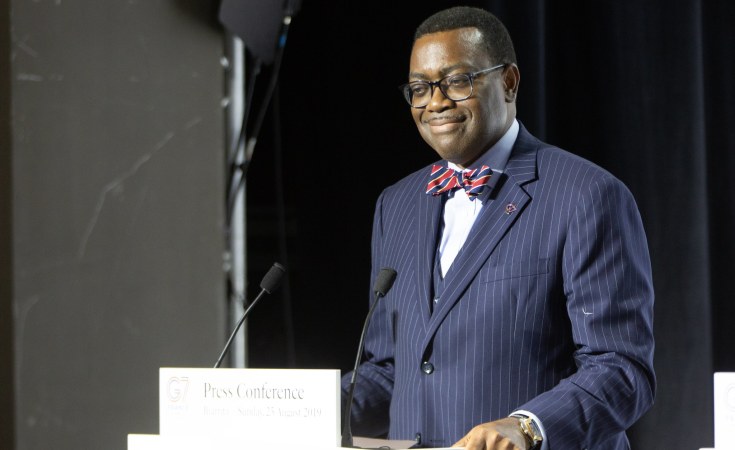 Nigeria has almost doubled its voting rights in the African Development Bank (AfDB) to 16.8 per cent before the lender's annual meetings next week.

The country's voting power was previously 8.5 per cent, according to findings on the AfDB's website.

A Bloomberg report yesterday said Nigeria boosted its voting power by paying subscriptions it had pledged as part of a general capital before the January deadline.

AfDB Group President, Dr. Akinwunmi Adesina, is seeking re-election as the head of the lender after being cleared of allegations of wrongdoing.

The move is expected to boost Nigeria's support to keep Adesina, a former minister of agriculture, in the AfDB presidency for another five-year term when the vote takes place on August 27.

Unlike in 2015 when he faced off against Chadian Finance Minister, Mr. Kordje Bedoumra, and Cape Verde's Agriculture Minister Cristina Duarte, this time Adesina is the sole candidate.

Africa's most populous nation became the biggest rights holder by far, followed by so-called non-regional members, Germany with 7.4 per cent and the United States with 5.5 per cent, according to a memorandum sent to governors on August 20 that was seen by Bloomberg.

The annual meetings would take place virtually between August 25 and 27, after they were postponed in May because of the spread of the coronavirus.

"The format of the meetings has been adapted to consider the physical constraints imposed by the COVID-19 pandemic," AfDB said on its website.

Last month, an independent panel backed an African Development Bank probe that found no evidence of wrongdoing by Adesina, 60, in his bid to seek re-election as head of the continent's biggest multilateral lender.

Members of the High-level Independent Review Panel include Mary Robinson, who is a former President of the Republic of Ireland and chair of the panel; Mr. Hassan Jallow, Chief Justice of the Supreme Court of Gambia; and Mr. Leonar McCarthy, who is a former Director of Public Prosecutions, former Director for the Office of Serious Economic Offences and erstwhile Head of the Directorate of Special Operations of South Africa. McCarthy also served as the vice president of Integrity for the World Bank for nine years.

The decisions by the panel was also a rebuff to the United States Treasury Secretary, Mr. Steven Mnuchin, whose rejection of the institution's ethics committee's original report led to the review.

The probe was initiated after unidentified whistle-blowers accused Adesina of handing contracts to acquaintances and appointing relatives to strategic positions at the Abidjan-based lender.

In March, the lender issued a $3 billion social bond to help African countries deal with the fallout from the pandemic.

Its shareholders include 54 nations on the African continent and 27 countries in the Americas, Europe, Middle East and Asia.