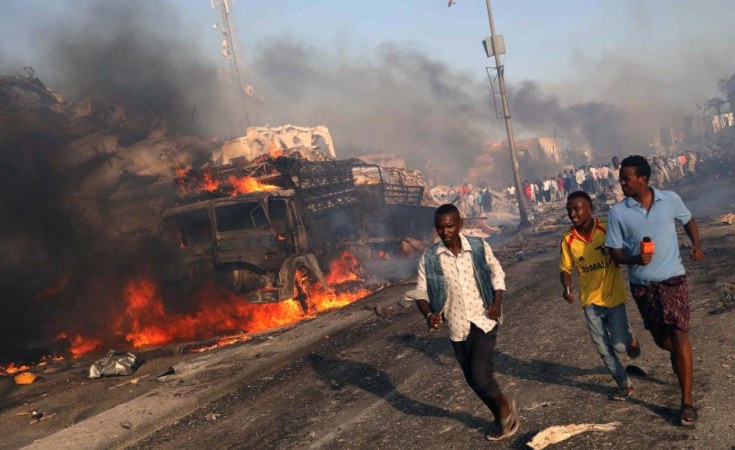 Yaqshid district commissioner has narrowly survived a landmine explosion planted on the roadside near Mogadishu's Abdiaziz district in engineer Yarisow stadium on Sunday.

Muse Gesey was on his way to to the stadium to participate in a friendly soccer match between Yaqshid and Hodan.

No group has claimed responsibility for the attack but Al-Qaeda linked group Alshabab have conducted similar attacks in the past.

The incident comes barely less than a weeks after Al-Shabab militants stormed Mogadishu's popular Elite hotel killing at least 20 people and injuring more than 35 others.