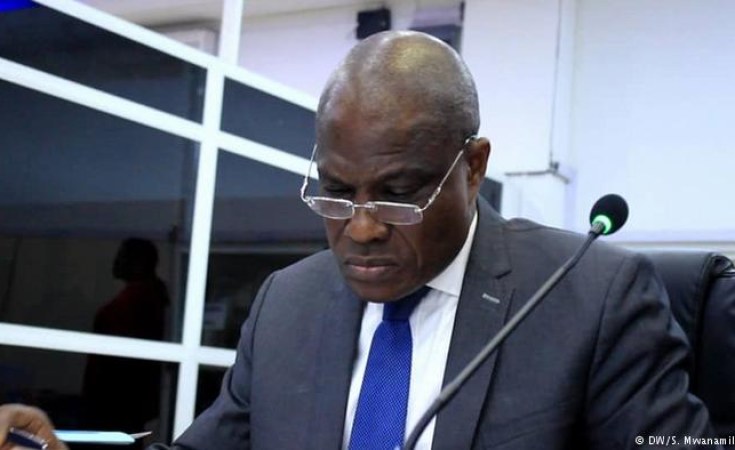 Kinshasa — DR Congo's opposition leader Martin Fayulu on Saturday returned to the country, after six months in Europe and the United States, to demand for an early election in the country.

Fayulu ran for the 2018 Presidential election on the Lamuka Coalition ticket.

Moments after he touched down in Kinshasa, he addressed supporters declaring, "I told you that Félix (Tshisekedi) is a puppet and that it is another person who is in power. Isn't that what we see today?"

Fayulu claimed he won the 2018 presidential election but accuses the electoral commission of working to deny him the victory.

He says he wrote to the African Union last February to propose two solutions to end the crisis in the DRC - one being that the continental body oversees a vote recount in Kinshasa.

The second proposal was to have a repeat election, which must come earlier than the planned 2023, but after adequate reforms in the electoral regime and the electoral commission.

"Get ready," he said to the crowd which cheered at his every word.

"I am a fighter. I will not back down. When the time comes, I will issue a slogan for us to march to go and siege the People's Palace," he said referring to the official residence of the President in Kinshasa.

The leader of Lamuka is already launching a challenge to the authorities of the country. He promises to call for demonstrations at the People's Palace.

In DRC, there is a law forbidding 'violation' of parliamentary premises, especially through public demonstrations.

There has been an attempt by President Tshisekedi to reform the justice system and targeting what he recently referred to as cartels.

AU Has 'Serious Doubts' About DR Congo Election Results
Tagged:
Copyright © 2020 The East African. All rights reserved. Distributed by AllAfrica Global Media (allAfrica.com). To contact the copyright holder directly for corrections — or for permission to republish or make other authorized use of this material, click here.