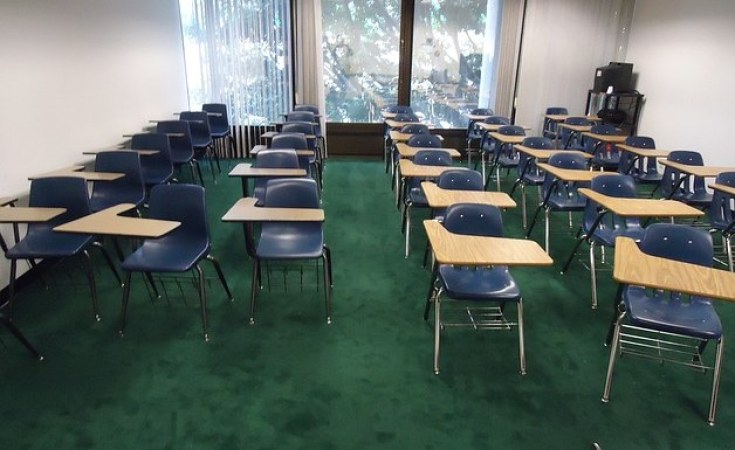 The decision to allow pregnant pupils to attend classes in Government schools reinforces the Government's commitment to invest in girls and foster gender equality.

The same amendment to the Education Act also outlawed corporal punishment, any forms of discrimination and converts a simple executive order from the education ministry barring schools from sending pupils home if they have fees arrears to permanent law.

The Education Act Amendment, which has since been gazetted, was passed by Parliament and assented to by President Mnangagwa, signalling the end to acts that were discriminatory towards girls in particular and pupils in general.

Allowing pregnant girls back into State schools is both progressive and in line with the Constitution which guarantees the rights of all people, the right for equality and the right to education. For long, organisations lobbying for full rights for girls and other stakeholders had been urging the Government to allow pregnant girls in class, arguing that the ban deprived girls of their right to education and access to a better future.

Educationists and like-minded people have embraced the Education Act Amendment, saying it will restore girls' dignity, and afford them an opportunity to self-correct and still be able to plan for the future after giving birth.

The move fosters equality in cases where girls who fell pregnant were expelled from school, while the concerned boy continued with his education.

It must be borne in mind that girls do not fall pregnant on their own. They are often coerced by their boyfriends who might be on the same school to engage in unprotected sex.

Such early and unintended pregnancies jeopardise education for thousands of girls, who often find themselves out of school and condemned in their communities.

Pregnancies by school-going girls are not a challenge to Zimbabwe alone, but it is a continental problem, hence the decision by the African Union to implore member countries to come up with legislation that ensures that pregnant girls remain in school.

According to the United Nations, Africa has the highest adolescent pregnancy rates in the world.

Every year, thousands of girls across the world become pregnant at a time when they should be in school.

Once they are kicked out of school, they face countless social and financial barriers to continue with formal education, denying them a better future.

It is for that reason that the Education Act Amendment should be commended for giving a new lease of life to girls and future generations.

It is hoped that the changes will not promote delinquency among youths, but serve as a learning curve to discourage other girls from engaging in premarital sex.

But it needs to be remembered that the huge problems that face a pregnant schoolgirl are so vast that no one will ever willingly fall pregnant.

Even with this lifting of the expulsion policy, a very young mother trying to continue her education will face challenges that will require full support from her family if she is even to have a chance.

So this legal change does not open any further doors to immorality. What it does do is open a door for a girl to overcome her challenges and make it more likely that she, and her child, will be able to move forward and not be condemned to a life of poverty and misery.

The burdens of young motherhood are great. We do not have to lay an extra burden.

Over the years, the rights of pregnant -- and sometimes married -- girls to continue their education has spawned emotionally-charged discussions countrywide.

Debate has often been around "morality," that pregnancy outside wedlock is morally wrong and is likely to promote delinquency among other school going girls once pregnant pupils are allowed back into schools, yet no one chooses to live a life of delinquency and the sort of challenges that seeing a classmate having to face are more likely to deter others rather than encourage them.

Such aspersions are likely to influence the level of interpretations and implementations of the Education Act Amendment on pregnant girls being allowed in school.

The education ministry would need to develop strategies to address negative societal attitudes and stigmatisation that pregnant girls have been facing for years.

Monitoring and evaluation of the Education Act Amendment would be critical to ensure holistic implementation, without undue interference or failure to execute because of personal convictions that still regard being pregnant and in school as morally wrong.

It is also against the same background that some parents and educationists will fail to embrace the decision to ban corporal punishment, arguing that this will promote unruly behaviour among children since those in authority will not be able to discipline children that are under their control, thereby effectively being disempowered.

Riding on the Biblical assertion that "whoever spares the rod hates their children", to defend corporal punishment, many parents and administrators may not implement the new Act, because they still believe that beating a child is often the best way to instil discipline.

However, it has often been argued that there would be no need for corporal punishment in schools, if parents play their role seriously.

Not many parents are taking the role of parenting seriously anymore and often rely on schools and learning institutions to instil discipline in their children, which should not be the case.

It is in such circumstances that when they find themselves loaded with academic and behavioural challenges of pupils, that school administrators often find themselves under pressure and eventually resort to corporal punishment.

Researches that have been conducted over the years, shows that non-violent, positive discipline delivers better results in the classroom. On the other hand, while corporal punishment is associated with many negative outcomes that include poor performance in area of study, limited vocabulary, poor cognitive abilities, slow cognitive development, fear and lack of confidence.

It is important to distinguish between discipline problems in schools and the ways in which schools respond to them.

There are far better ways to reward good behaviour and bad behaviour than beating and humiliating learners.

Govt Makes It Illegal for Schools to Expel Pregnant Girls